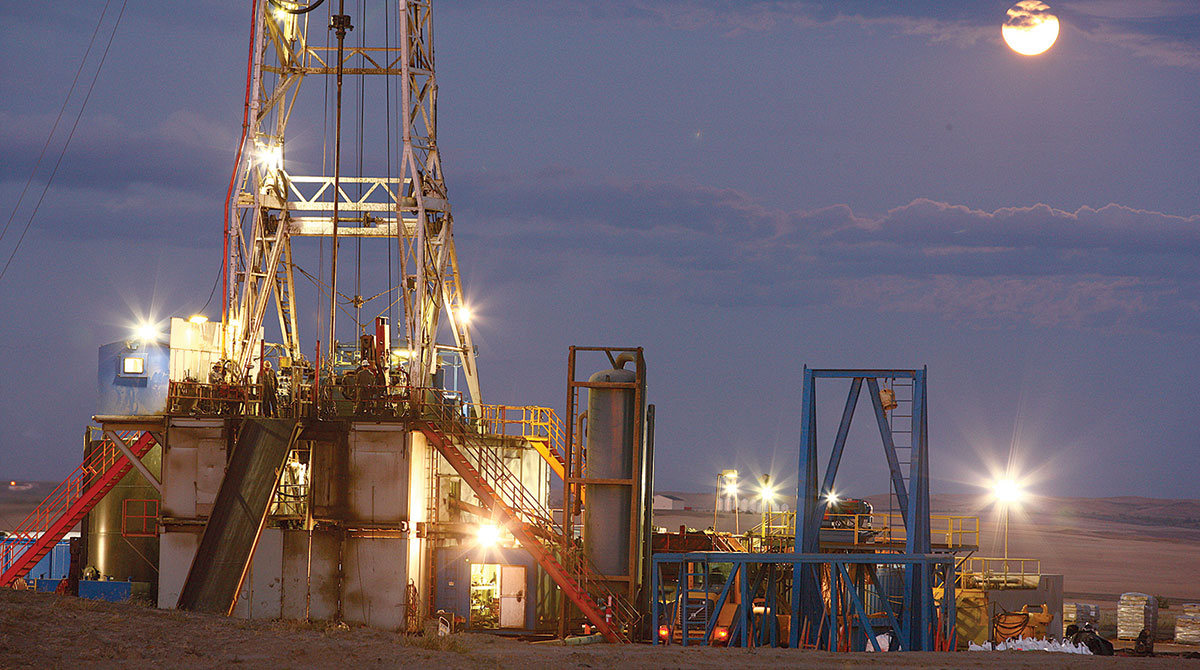 A crew works on an oil drilling rig that's drilling into the Bakken Formation at sunset outside the small boom-town of Watford City, N.D. (Matthew Staver/Bloomberg)

OPEC and its allies will stick to their slow pace of oil-production increases, disregarding President Joe Biden’s demand to go faster.

After a brief meeting on Nov. 4, the group approved a 400,000 barrel-a-day production hike for December. That’s a pace that major consumers say is too slow to sustain the post-COVID economic recovery, with the U.S. asking for as much as double that amount.

Yet OPEC+ ministers countered that oil demand was still being hampered by the coronavirus and repeatedly blamed their customers’ economic woes on the surging cost of natural gas, over which it has no control.

Russia observed a decrease in European fuel consumption in October that “underscores the fact that global oil demand is still under pressure from the delta COVID-19 variant,” Deputy Prime Minister Alexander Novak said in a press conference. That means the strategy of “gradual increase is the right one.” 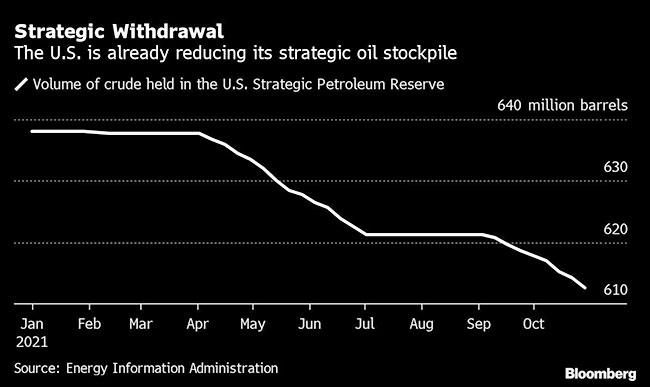 The cartel could now face a bare-knuckle fight with the White House, amid growing speculation that the U.S. could tap emergency crude stockpiles in an effort to drive down prices.

What happens in the coming weeks will have major implications for a global economy that has been battered by high energy prices, and for the domestic political agenda of a U.S. president whose popularity is sinking as inflation rises. The showdown also puts further strain on America’s increasingly fragile relationship with its strongest Middle Eastern ally — Saudi Arabia.

The agreement between the Organization of Petroleum Exporting Countries and its allies will “ensure a stable and a balanced oil market,” the group said in a statement. It noted “extreme volatility and instability” in some energy markets but concluded that those problems lie “outside the boundaries of oil markets.”

Oil prices in London have risen by 25% since August, a substantial increase that nevertheless pales in comparison to the 80% jump in European natural gas futures over the same period.

As quickening inflation pushed some central banks toward earlier-than-expected interest rate hikes, the U.S., India, Japan and other consuming countries put the strongest diplomatic pressure on the cartel in years, but to no avail.

One reason for OPEC+ resistance is the risk that, if the extra oil were supplied, it could tip markets swiftly in the other direction. Supply is tight now, but the balance is expected to shift back into surplus early in 2022.

If the resumption of nuclear talks between Iran and other world powers later this month results in a deal to lift sanctions, even more crude could flow onto the market next year.