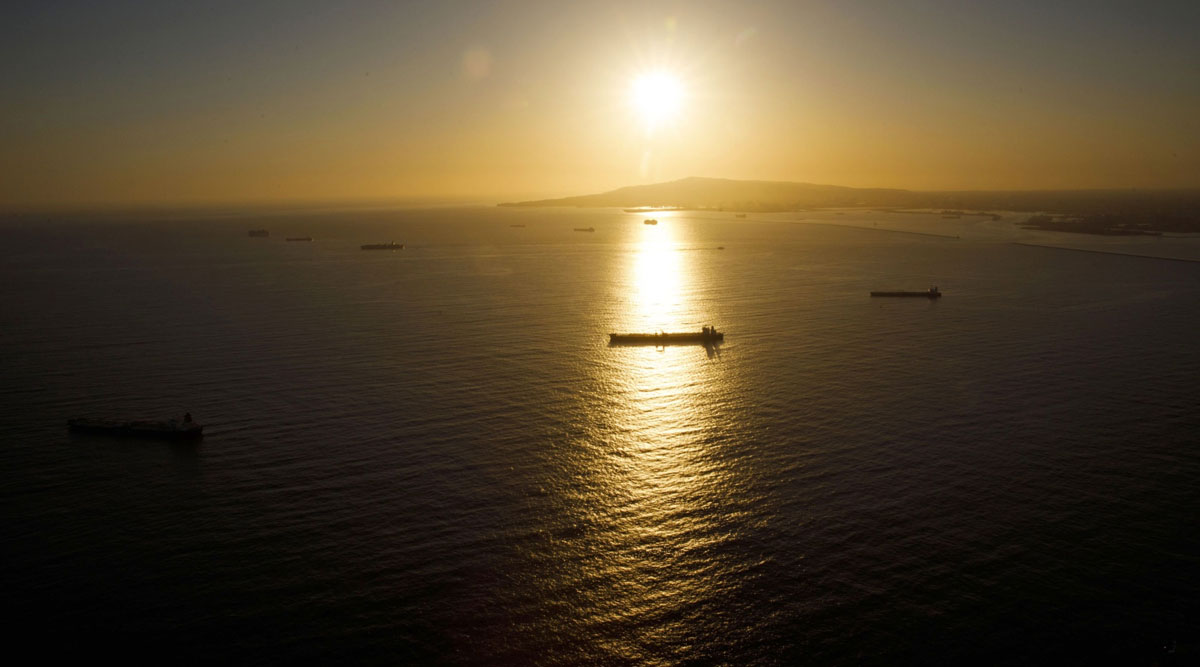 Three OPEC members identified by their peers as failing to bring production down to target levels in May appear to have begun improving their compliance in June, if lower exports are any indication. But for the biggest overproducer, Iraq, that first step is a small one.

The Persian Gulf nation, which was singled out for particular criticism ahead of the meeting of the Organization of Petroleum Exporting Countries on June 6, trimmed crude exports by a modest 82,000 barrels a day in the first half of June compared with the whole of May, according to port agent reports and tanker-tracking data monitored by Bloomberg. 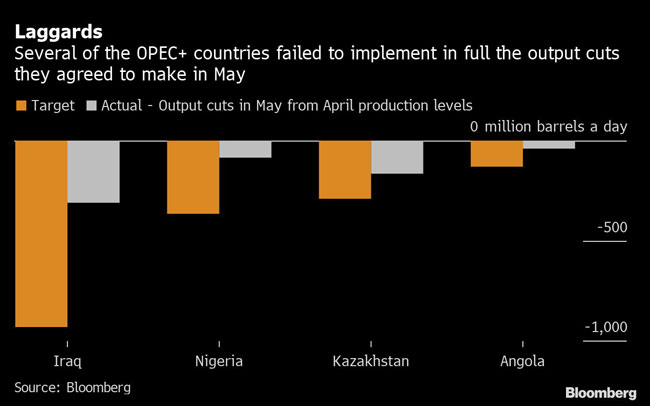 Iraq told its fellow OPEC members that it will comply fully with its production target only by the end of July. New Oil Minister Ihsan Abdul Jabbar, whose appointment was confirmed during the OPEC meeting, said June 14 that the country will cut oil exports by at least 15% this month to 2.8 million barrels a day. BP Plc, operator of the nation’s biggest oil field, which pumps nearly one-third of the country’s output, has been asked to reduce production there by 10%.

The tracking data need to be treated with some caution because of the short timespan covered. The precise timing of two supertankers could boost — or cut — the flow rate over a 15-day period by 267,000 barrels a day. Still, they provide an early indication of flow rates so far.

Nigeria’s crude exports fell by 20% on a daily average basis in the first half of June compared with the whole of May, tracking data show. The figures exclude the country’s Agbami and Akpo grades, which it says are condensates and thus outside the scope of the OPEC deal. The reduction is a smaller 16% including those two streams. The country shipped 1.2 million barrels a day of crude in the first half of this month, compared with 1.51 million barrels a day in the whole of May.

Export levels could rise in the second half of the month, although crude loading programs for both countries show lower shipments in June than in May. Export shipments may not reflect actual production levels, as volumes are built up in storage tanks until enough crude has been accumulated to fill a tanker — usually about 1 million barrels for West African exporters.

Non-OPEC Kazakhstan was also under pressure to make deeper cuts in the coming months to offset its overproduction in May. Daily data monitored by Bloomberg show that the country brought output down to its target level by the middle of the month, but average production in May was about 120,000 barrels a day higher than agreed. Output has remained around the country’s target level so far this month and is expected to be cut further in July and August to offset May’s overproduction.