OPEC+ Agrees on Gradual Easing of Oil-Output Cuts Next Year 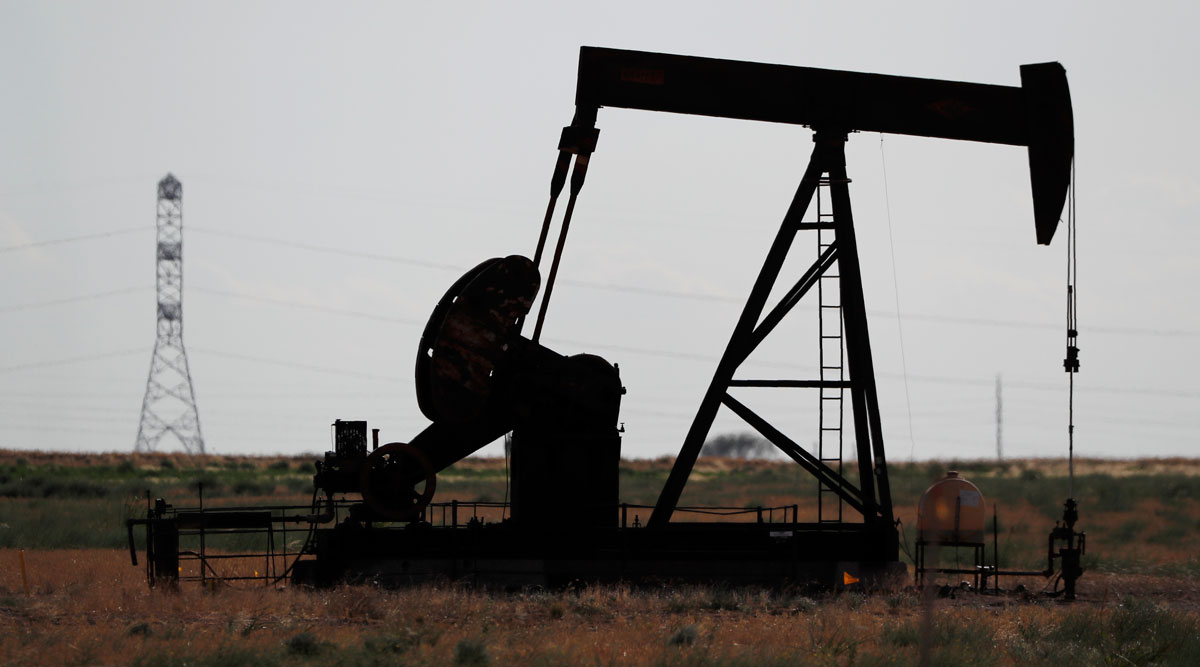 A pump jack operates in an oil field in Midland, Texas, on July 29. (Tony Gutierrez/Associated Press)

The Organization of Petroleum Exporting Countries and its allies reached an agreement to ease its oil-output cuts next year more gradually than previously planned, giving a fragile market more time to absorb the extra supply.

The group will add 500,000 barrels a day of production to the market in January — a quarter of what would have occurred under the prior plan — a delegate said. Ministers will then hold monthly consultations to decide whether to approve similar-sized output hikes in subsequent months, the delegate said, asking not to be named because the information was private.

A gradual easing falls short of what had been widely expected before this week: a full three-month delay to the scheduled January output increase. Yet the compromise also avoids a breakdown of OPEC+ unity, which had become a growing risk after days of tense talks exposed a new rift between core cartel members, the United Arab Emirates and Saudi Arabia. 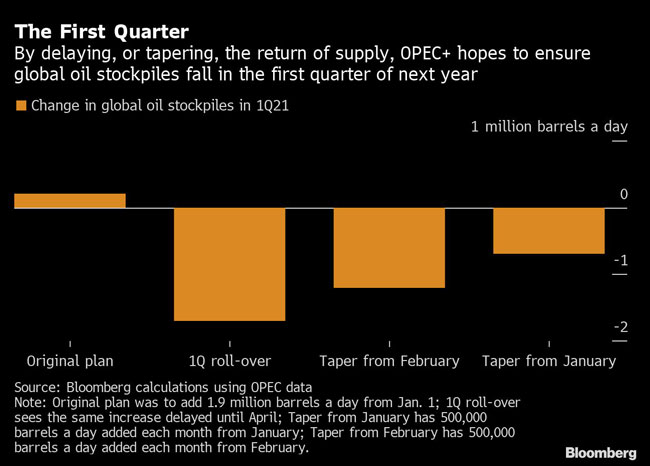 The revised deal is likely to keep the oil market in deficit throughout the first quarter, allowing OPEC to drain bloated inventories. If the group had gone ahead with the full supply hike, the cartel’s economists had calculated that the market would have flipped into surplus, potentially undermining the recent price rally.

The deal will have an impact beyond crude prices. The fortunes of the entire energy industry, from supermajors like ExxonMobil Corp. to Texas shale producers, and resource-dependent countries like Brazil and Kazakhstan, are influenced by OPEC+ decisions.

“We understand that all eyes are on us today,” Russian Deputy Prime Minister Alexander Novak said in his opening speech at the Dec. 3 online meeting. “I am more than sure we will take a well-grounded, balanced decision.”

OPEC+ rescued the oil market earlier this year from an unprecedented slump, slashing production by 9.7 million barrels a day as the pandemic crushed demand. The cartel returned 2 million barrels a day of that output to the market in August without a hiccup, and was due to add a similar volume next month.

Several members of the group were worried that the market was still too fragile to absorb those extra barrels as a new wave of virus infections hit the global economy. Other nations were impatient to open the taps after months of production restraint that has put their finances under severe pressure.

OPEC+ nations that have failed to fully implement their supply curbs in previous months will be required to keep making additional compensation cuts until March, said a delegate.