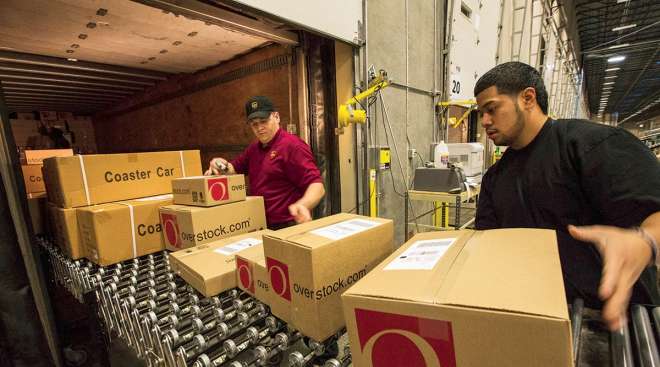 This story appears in the June 19 print edition of Transport Topics.

While it’s no secret that more and more people are shopping online, less obvious is understanding consumers’ buying habits and patterns — which has great relevance for the trucking industry.

The sixth annual “UPS Pulse of the Online Shopper” study, released by UPS Inc. on June 7, examines an acceleration in e-commerce purchasing year-over-year. It shows how “avid” shoppers are making 12% more purchases this year versus last.

Some of those online orders are affecting less-than-truckload carriers such as New England Motor Freight. Its president, Thomas Connery, told Transport Topics that the company has seen a “dramatic” uptick in e-commerce traffic.

“More and more of our customers are selling on that platform, and we are seeing a shift in volume from traditional retail to the e-commerce format,” Connery said. “Our business with e-commerce has probably increased by 30% the last couple years.”

Russell Norris, who leads the transportation and logistics practice with the accounting firm of Grant Thornton, told TT that e-commerce has forced companies to invest heavily to meet demands.

“Several carriers have acquired last-mile delivery companies to expand their service offerings and make sure they are meeting customer demands,” Norris said. “I’ve also seen several large companies who’ve decided to build last-mile delivery capabilities from the ground up and who are investing in new equipment — usually smaller equipment than what they have historically had in their fleet.”

“We are seeing more volume from online shipping,” he said, explaining that the surge is due in part to the development of technologies and services such as UPS My Choice, which gives proactive push notifications before receipt of deliveries.

My Choice also offers an option for consumers to buy from their smartphones or laptops, and not just see a delivery status, but change the location or time that a delivery takes place.

The survey of 5,189 ComScore respondents showed that international online shopping, as well as smartphone purchasing, is soaring. Some 48% of respondents have purchased on their device, up 4 points from 2016.

Sarah Barker, lead researcher with ComScore Inc., told TT that what the survey defines as an “avid” shopper could just be someone who has bought online at least twice within the past three months. The term was designed to ensure what she called the “general online population” wasn’t included in the mix.

O’Connor said because more people are purchasing online and having residential deliveries, “you have a lot more opportunities for a higher cost per delivery.”

Single-family residences versus businesses or multifamily addresses can add to such expenses, he said. Yet, My Choice and other technologies are helping offset those costs, as packages now can be rerouted from one’s home or business address to what are called “access points,” thousands of neighborhood stores around the country.

Norris, surprised by the pace of growth in spending via mobile devices such as smartphones, said that because consumers want accurate delivery timelines, carriers and third-party logistics providers will not only need to “increase equipment spending and expand last-mile capabilities, but consider shifting distribution centers closer to big cities.”