Oil’s Rally Falters in US With Summer Demand Looking Bleak 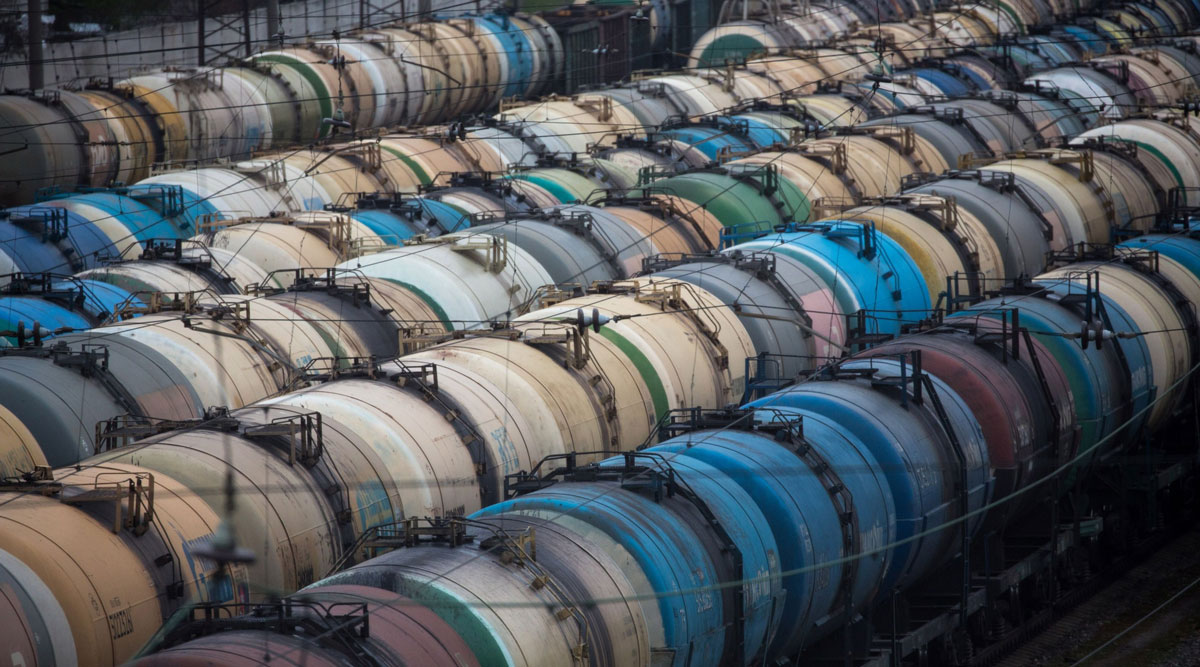 Rail wagons for oil, fuel and liquefied gas cargo stand at a station in Russia on April 27. (Andrey Rudakov/Bloomberg News)

U.S. crude futures reversed course with investors concerned that lackluster demand through the summer months will weigh on the market’s recovery.

Oil in New York traded near little changed on July 6 after earlier rising as much as 1.1%. Gasoline demand declines in the U.S. may strengthen moderately while consumption could fall by 17% year-over-year in July if lockdowns are reintroduced, according to JBC Energy GmbH. With the rising number of coronavirus infections across the U.S., some states including California, Arizona and Texas have reimposed stricter measures to curb the spread.

“The demand for gasoline over the July 4th weekend seems to have been very lackluster. The coronavirus impacts in the country are causing folks to hunker back down again,” said John Kilduff, a partner at Again Capital, a New York hedge fund focused on energy. “This could be a real problem for the market going forward.” 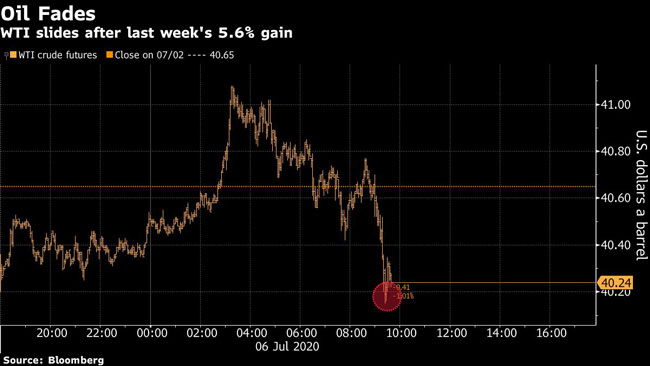 The U.S. benchmark crude has doubled in value since April to just above the $40-a-barrel mark, but futures are having trouble rallying beyond that level in the wake of a resurgence in virus infections and the threat of ongoing lockdowns, which keep drivers off the roads. The World Health Organization reported the highest number of global virus infections in a single day over the weekend.

Technical indicators are also pointing to a retreat. Both West Texas Intermediate and Brent crudes are hugging the upper Bollinger band, signaling the commodity is overbought.

In global markets, Brent crude held on to gains. Saudi Aramco lifted pricing for all of its crudes to Asia by $1 a barrel. Aramco also raised pricing to the U.S., where it’s reining in shipments, for a fourth month.

But in a warning sign for oil’s resurgence, the higher prices from OPEC’s largest producer come in the context of a refining industry that’s struggling to turn a profit. A refiner using Saudi Arabia’s flagship Arab Light crude in Singapore would currently make a loss with the most basic processing, according to Oil Analytics data.