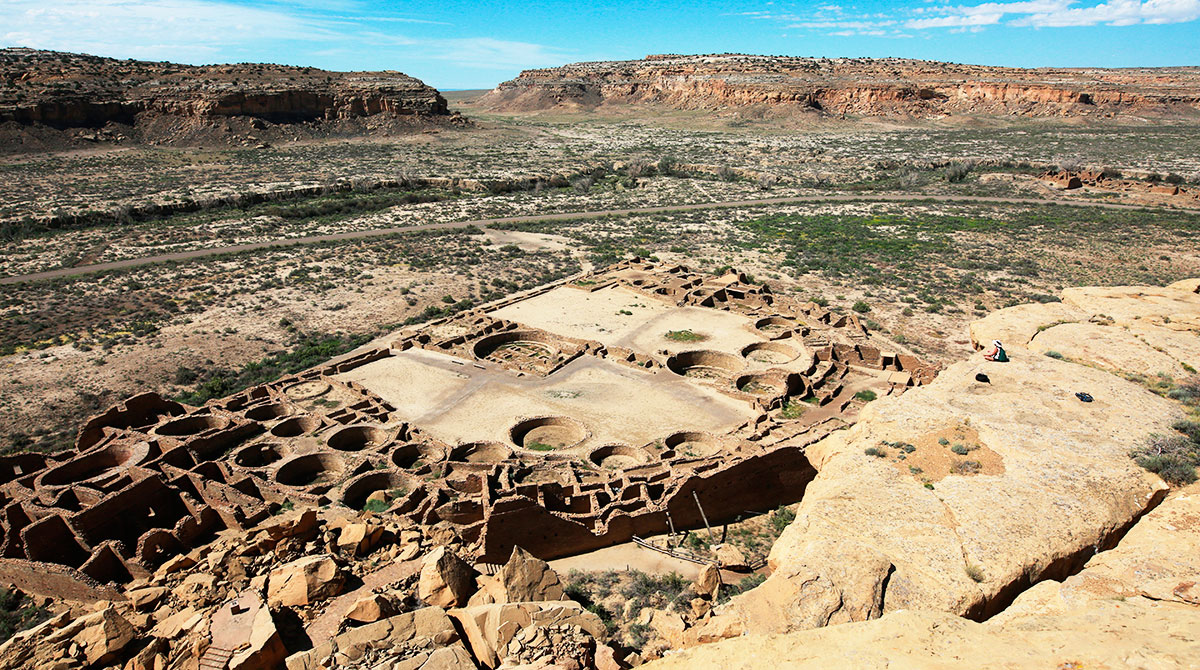 New oil and gas leasing within 10 miles of Chaco Culture National Historical Park will be prohibited for the next two years as officials consider a proposal to withdraw federal land in the area from development for a 20-year period, the U.S. Department of Interior said Nov. 15.

The announcement came as environmentalists, some Native American tribes and Democratic politicians have pressured Interior Secretary Deb Haaland to take administrative action to protect a broad swath of land in northwestern New Mexico that holds significance for many Indigenous people in the Southwest.

The first Native American to hold a cabinet position, Haaland is from Laguna Pueblo in New Mexico. She has called the area sacred and reiterated its importance on Nov. 15, saying it has deep meaning for those whose ancestors once called the high desert home. 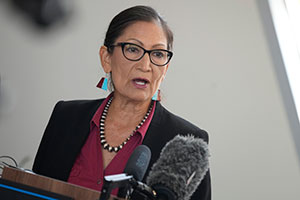 “Now is the time to consider more enduring protections for the living landscape that is Chaco, so that we can pass on this rich cultural legacy to future generations,” Haaland said in a statement. “I value and appreciate the many tribal leaders, elected officials and stakeholders who have persisted in their work to conserve this special area.”

A World Heritage site, Chaco is thought to be the center of what was once a hub of Indigenous civilization. Within the park, walls of stacked stone jut up from the bottom of the canyon, some perfectly aligned with the seasonal movements of the sun and moon. Circular subterranean rooms called kivas are cut into the desert floor. Outside the park, archaeologists have said, there are more discoveries waiting to be made.

Haaland was among the sponsors of legislation calling for greater protections around Chaco during her tenure in the U.S. House, but calls have mounted for her to use administrative powers to establish a buffer zone around Chaco pending the outcome of federal legislation.

Over the next two years, the Bureau of Land Management will be tasked with conducting an environmental analysis and gathering public comment on the proposed administrative withdrawal. The agency vows to consult with tribes.

Federal officials said the ban of new petroluem leasing in the area will not affect existing leases or rights and would not apply to minerals owned by private, state or tribal entities.

The impact of a 20-year withdrawal, if approved, is uncertain because the area is a jurisdictional checkerboard of state, private, federal and tribal holdings.

Much of land surrounding Chaco belongs to the largest Indigenous tribe in the U.S. — the Navajo Nation — and to individual Navajo allottees.

Navajo leaders have raised concerns about the size of the buffer around Chaco. They have repeatedly called for congressional field hearings to be held before any decisions are made.

While they support preserving parts of the area, they have said Navajo allottees stand to lose an important source of income if the 10-mile buffer is created around the park as proposed. They’re calling for a smaller area of federal land holdings to be made off limits to development as a compromise to protect Navajo financial interests.

As part of the work ahead, federal officials plan a broader assessment of the region to account for sacred sites and cultural resources. That will start with conversations with tribal leaders and others about ways to manage existing energy development while honoring sensitive areas