Offshore Oil to Peak in 2020, Then Join Shale in Market Drop, Analysts Say 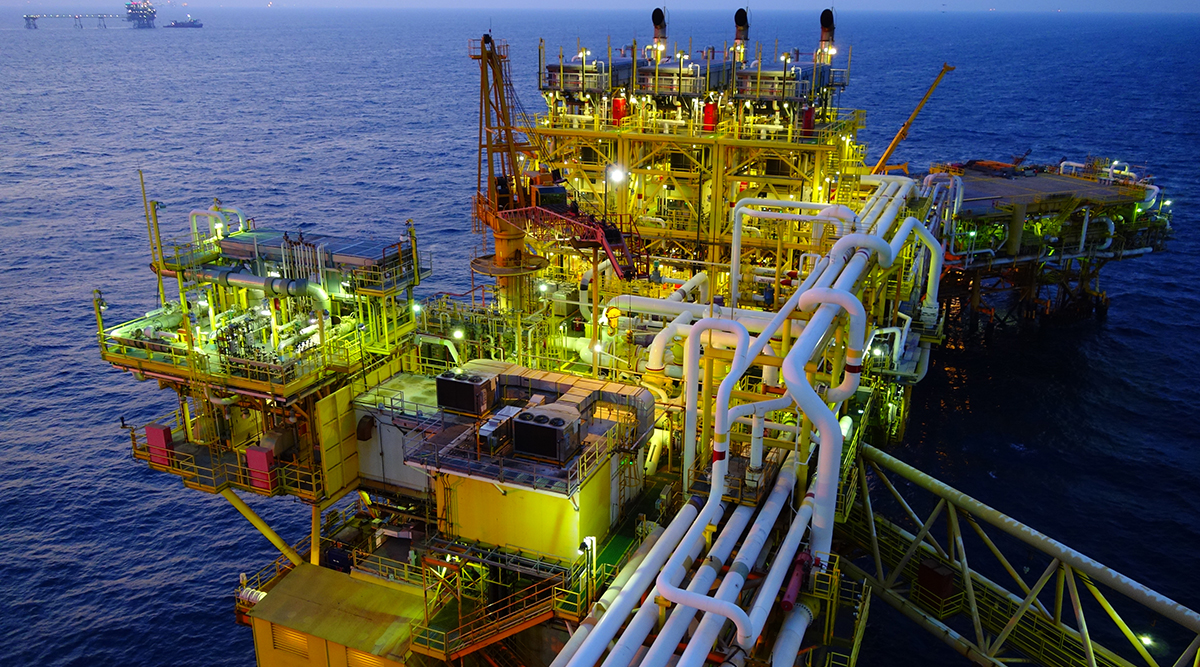 An offshore oil platform in the Gulf of Mexico. (Getty Images)

Offshore oil production is expected to hit a peak in 2020 before joining the shale industry in a slowdown that could dramatically rewrite market supply predictions.

A report by analysts at Sanford C. Bernstein & Co. sees projects in the Gulf of Mexico and off of South America significantly boosting output next year. After that, though, the odds drop for any further growth gains, the report found. Meanwhile, two well-known shale pioneers last month forecast a downturn ahead for their sector.

Together, the warnings could signal a new era for a commodity that’s selling for about half the price reached just five years ago. The catalyst is a shareholder push for spending discipline. The result: Potentially a “tempting scenario” for investors where oil prices rise even as costs and demand fall, said Bob Brackett, a Bernstein report author.

Three crude sources have seen substantive growth this century — deepwater, shale and oil sands, according to Brackett. “The first peaks in 2020,” he wrote in an email. “The second peaks a few years later (and is slowing). And the future of oil sands is in question from a sustainability/CO2 impact.”

The offshore industry has struggled to maintain growth since oil prices plunged to less than $30 a barrel in 2016 after reaching more than $100 in mid-2014.

The high prices spurred a flurry of expensive projects between 2010 and 2014. But today those projects are “barely able” to generate value, according to industry consultant Rystad Energy, which evaluated offshore oil fields sanctioned since 2010 in an Oct. 30 report and ranked them by estimated value per barrel of oil. 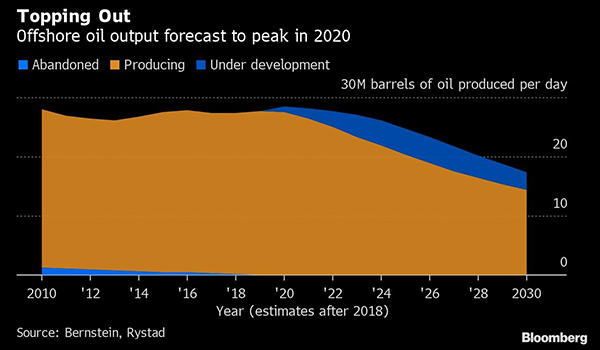 While newer deepwater projects are less expensive, they still take longer to develop than shale wells and they can’t compete on costs. Over the last few years, roughly $100 billion in spending has shifted to shale work as a result, according IHS Markit.

Royal Dutch Shell Plc’s decision last month to pull the plug on a pair of projects in Kazakhstan because of their high costs points to offshore’s changing status. The latest example hit last week when Brazil failed to draw bids from the world’s oil majors in its auction of deep-sea deposits that could hold 15 billion barrels of oil, almost twice as much as Norway’s reserves.

“The pipeline of things that have been discovered just won’t get sanctioned,” Brackett said.

Across the shale industry, output growth will slow next year, Sheffield said on Nov. 5. That will provide a boost for prices through the early 2020s, he said.

“U.S. shale production on a year-over-year growth basis will be considerably less powerful in 2021 and later years than most people currently expect,” Papa said during an earnings call for Centennial Resource Development Inc., his current company.

To be sure, both the shale and offshore sectors will continue to produce. Sheffield sees about 700,000 barrels a day being added next year in U.S. shale fields while the Energy Information Administration predicts daily production will expand by 910,000 barrels. Even that, though, would be half of last year’s increase. 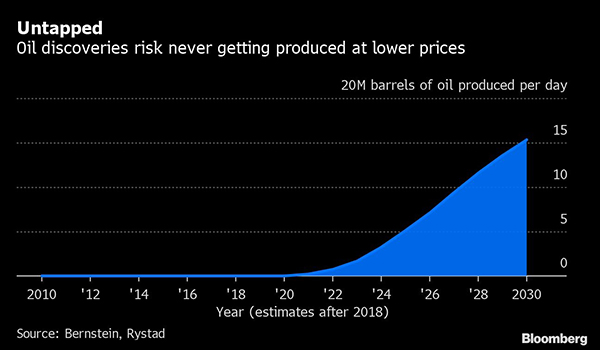 In early 2020, Exxon Mobil Corp. is expected to begin producing oil from deepwater wells off the coast of Guyana that have the potential to produce more than 6 billion barrels. Meanwhile, eight new projects are opening in the Gulf of Mexico this year and in 2020, according to an Oct. 16 report by the U.S. Energy Information Administration.

Even so, the Gulf’s share of U.S. production overall is expected to shrink, the EIA report said, to about 15% from 23% in 2011. In 2014, the industry had 245 floating rigs working globally, according to Evercore ISI. Now there are less than half that number, and contractors are trying to manage through the downturn. Valaris Plc, one of the biggest owners of offshore rigs, announced Nov. 12 a new round of cost cuts adding up to at least $100 million as executives “fully recognize the continued pressures in the current market environment,” according to a statement.

Some workers in the industry see few silver linings ahead.

“The fracking technology has just opened up so much more oil,” said Chip Keener, a former manager of the global rig fleet for Transocean Ltd., the biggest owner of deepwater rigs. “Deepwater I think is going to be on the skids for a very long time.”