Indiana Convention Center is the site for the National Truck Driving Championships, which were first held in 1937. (icclos.com)

August, typically a time for vacations or just a little bit of respite, will offer no such things for the qualifiers of this week’s National Truck Driving & Step Van Driving Championships in Indianapolis.

More than 400 women and men representing firms such as UPS Inc., FedEx Corp. and Walmart Inc., will test their skills in a trucking tournament referred to as the “Super Bowl of Safety.”

NTDC begins Aug. 16 with registrations, followed by a series of introductions featuring the event’s leadership and a walkthrough of the course.

In the afternoon, competitors will take part in their first challenge: An exam based on the latest edition of the Facts for Drivers guidebook.

During the next two days, Aug. 17-18, competitors will be tested in pre-trip inspections and on a safety driving course. The top five performers in each vehicle class advance to the finals on Aug. 19. 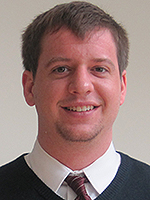 Jacob Pierce, the event’s executive director with American Trucking Associations, recommends participants adhere to directions and focus on their challenges during competition.

“Winning a championship at nationals is really, there’s a fine line between being in the top five to even qualify for the finals, and then being six below. Focus. And you [got to] be focused. You [got to] rely on everything you studied and all the practice you put in before nationals and prepare,” Pierce said in a recent interview with Transport Topics.

On Aug. 19, after wrapping up days of competition, participants will parade in the morning for the “Walk of Champions.”

After organizers announce the finalists, the drivers will compete on a newly designed course to determine the best of the best. Vehicle class winners, as well as the grand champion, will be announced during an evening ceremony.

“It’s an honor to actually even just compete in nationals,” Pierce observed. “Just being at nationals is a privilege.”

NTDC returned for its 85th anniversary after a two-year hiatus prompted by the COVID-19 pandemic. Competitors, their families, industry stakeholders and the NTDC community have welcomed its return.