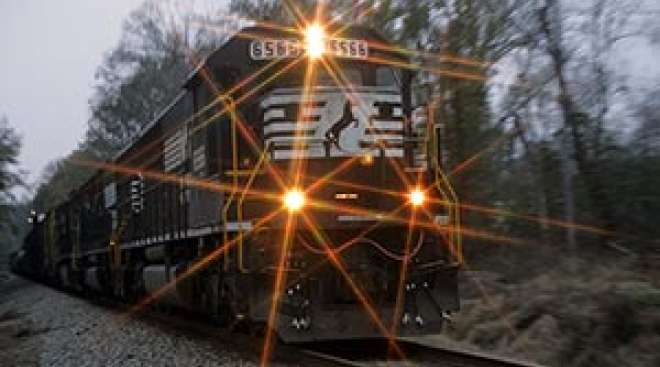 Norfolk Southern Corp. announced that profits increased 12% in the first quarter as a result of strong rebounds in coal and intermodal business compared with early 2016.

The Class I railroad generated $433 million in profits, or $1.48 per share, easily besting the $1.36 consensus from a Bloomberg News survey of industry analysts. One year ago, the numbers were $387 million, or $1.29.

Revenue from railway operations rose 6% to $2.58 billion, including a 20% increase in coal transportation and a 9% in intermodal.

“Norfolk Southern’s record results for the first quarter demonstrate the efficacy of our strategic plan, under which we are enhancing our service quality and network performance while driving significant efficiency improvements,” Chairman and CEO James Squires said. “Our focus on providing a superior service product has positioned us for growth and, coupled with our cost discipline, has contributed to a solid start to the year.”

Revenue from transporting metals and construction materials went up 13% to $340 million, and merchandise and chemicals business both rose 2%.

Business to transport agricultural, paper, clay and forest goods dropped between 2% and 3% in revenue and volume for the quarter.

Norfolk Southern’s operating ratio was relatively unchanged, improving 10 basis points to 70% versus 70.1% in the first quarter of 2016.