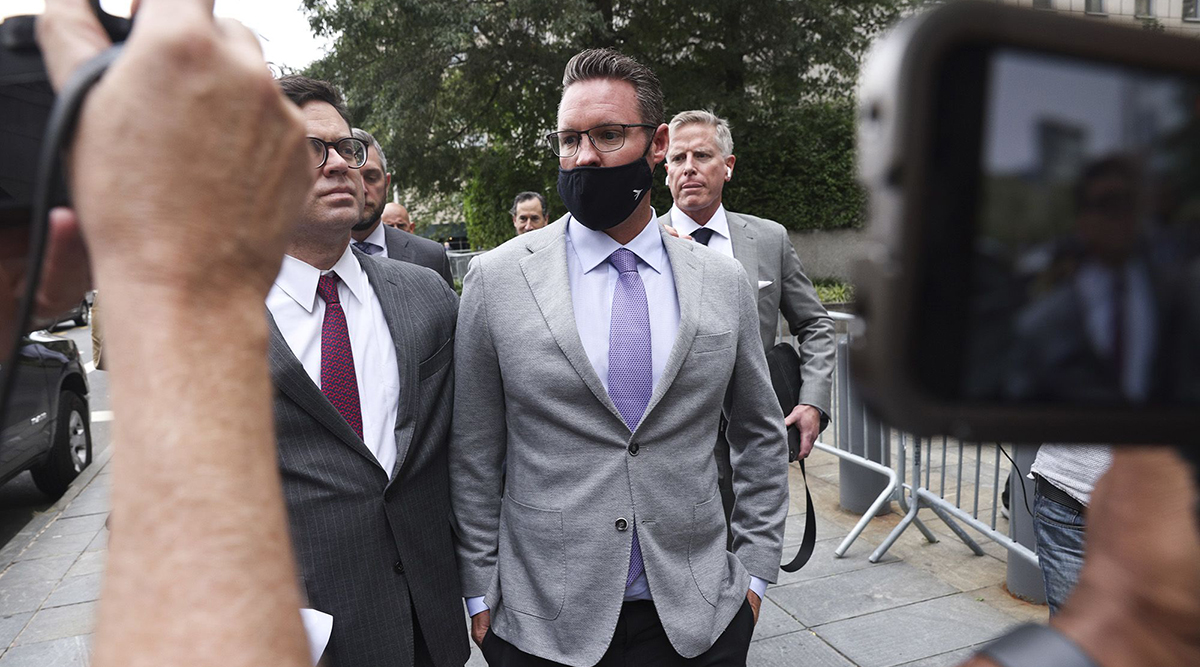 Three top Nikola Corp. executives threatened to resign in 2020 if the electric vehicle maker’s founder, Trevor Milton, didn’t step down as executive chairman, according to a filing in the federal fraud case against him.

CEO Mark Russell is prepared to testify that he and the electric truck maker’s chief financial officer and general counsel considered Milton’s promises about the company’s progress so risky, they told the board it was him or them, according to a letter Sept. 19 from prosecutors to the judge. In the letter, the U.S. asked the judge to admit evidence to that effect in Milton’s trial on securities and wire fraud charges, now in its second week in federal court in Manhattan.

Their ultimatum was prompted by a short seller’s report on the company published that September, and the board asked Milton to resign, according to the letter. He resigned that month.

Milton is accused of duping investors by making inoperable products look fully functional and of lying about the company’s technology and partnerships. The defense argues he was just following the company’s marketing plan and never said anything he didn’t believe to be true.

Russell testified on Sept. 19 that the board met on several occasions following the short seller’s report to discuss its allegations against Milton. On one occasion it met with Milton and the other executive officers, and on another he wasn’t present. The board also met independently of Milton and the rest of management, Russell said.

Russell told the jurors that he warned Milton his claims would be regarded as equivalent to official statements or securities filings. He also recalled a meeting with Softbank Group Corp. in which Milton went off script from the presentation Nikola had prepared and which he left frustrated with Nikola’s bankers.

Afterward, Russell said, he and Nikola CFO Kim Brady advised Milton he should no longer attend meetings with institutional investors.