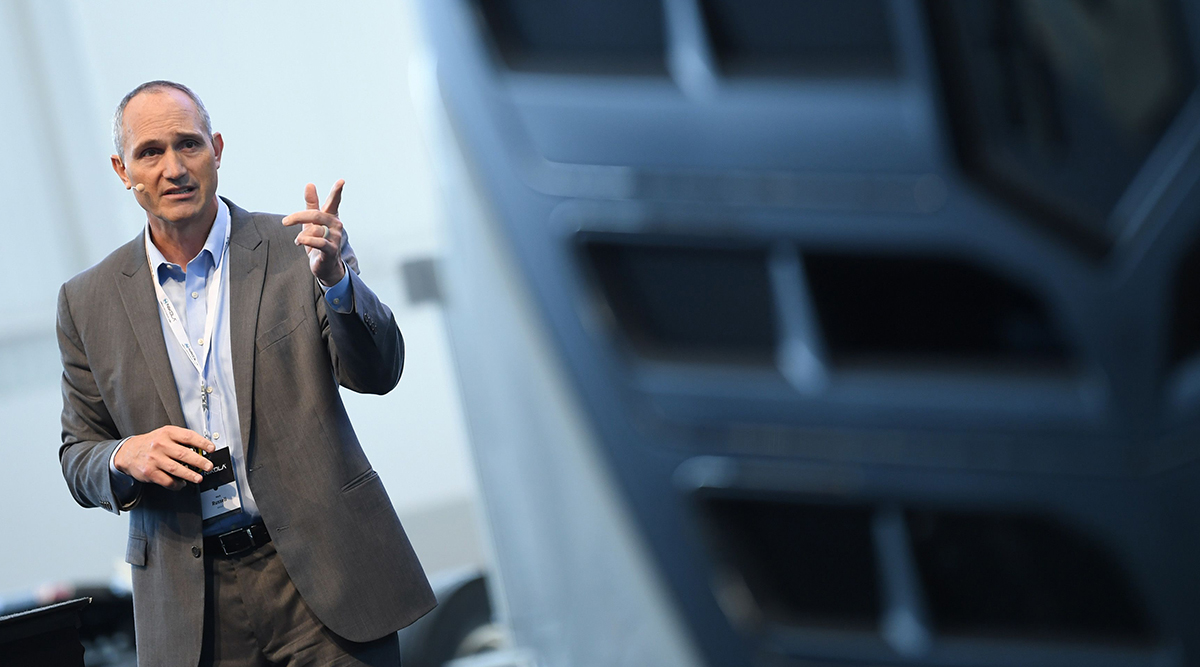 Nikola Corp.’s chief executive officer told a jury he learned only after joining the company that its debut electric truck had neither a gas-powered turbine nor a fuel cell when founder Trevor Milton unveiled it.

Milton, who is on trial for allegedly lying to investors about Nikola’s progress, was prone to exaggerate, CEO Mark Russell told the jurors Sept. 19 in federal court in Manhattan.

Under questioning by the prosecution, Russell said he warned Milton that as the top executive he “should be careful” with his remarks. He told the court that the two agreed Russell would join Nikola, initially as president, only if he would become chief executive when it went public.

After the company listed its shares in June 2020, Russell testified, Milton “would say or do something that I would see and I would have concerns about,” and he would remind the founder that “his public statements would equate to a press release or securities filing.”

The outgoing CEO’s testimony came in the second week of Milton’s trial on securities and wire fraud charges. Accused of duping investors by making inoperable products look fully functional and of lying about the company’s technology and partnerships, Milton faces a maximum prison term of 25 years if convicted of the most serious charge.

The defense has called the case “a prosecution by distortion,” arguing Milton was just following the company’s marketing plan and never said anything he didn’t believe to be true.

At the same time, Milton gave up the CEO position and became Nikola’s executive chairman, only to resign from the board abruptly as scrutiny of the company intensified.

Russell’s joining Nikola was something of a reunion with Milton. The two had worked together briefly at Worthington, which had acquired one of Milton’s earlier startups. Russell testified that Milton had resigned from Worthington, telling him that corporate life wasn’t for him and that he was going to start a venture to build the truck of the future.

It was Russell’s understanding that Milton had been working on a natural-gas turbine truck, he told the jury. But on joining Nikola, Russell discovered that its launch truck, unveiled in December 2016, was missing the crucial parts, he said.

Russell announced his retirement last month and will be succeeded by industry veteran Michael Lohscheller, who has served as Nikola’s president since February. Russell will step down by Jan. 1.