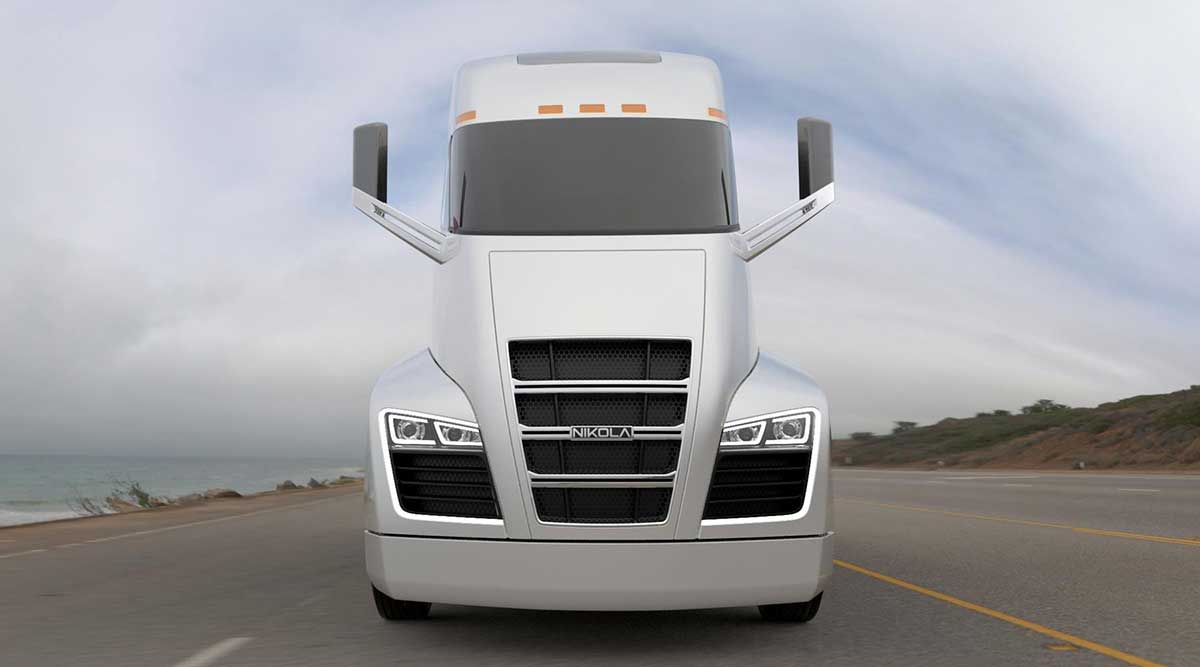 Nikola Motor Co. plans to locate its emerging network of hydrogen fueling stations to accommodate the logistics network of a major manufacturer, according to the truck maker, which did not identify the manufacturer.

“We have not announced [the locations] but I can tell you this: One of the largest, most well-known brands in America will be moving all their freight with our trucks. So we are building our network around their logistics,” Nikola founder and CEO Trevor Milton told Transport Topics on Nov. 27.

Salt Lake City-based Nikola chose Nel ASA as the sole equipment supplier to create the hydrogen fueling network, with Nel to provide engineering, electrolysis and fueling equipment. Nikola will provide the balance of plant, construction, dispensers and other station equipment.

Purchase orders are signed for the first two stations, with equipment arriving in the next six to eight months, Milton said. “We have 14 more showing up right after that once these first ones check off to make sure there are no issues with the process of how we are going to do the electrolysis.”

Nikola is developing hydrogen-electric Class 8 trucks scheduled to be road-tested in 2018 and manufactured in 2021.

“Essentially, what [the well-known brand] is going to be doing is contracting us to move all their freight. U.S. Xpress will be the one moving the freight, but it will be with all of our trucks. So we are building our stations around [the shipper’s] network,” Milton said.

U.S. Xpress, whose logo was on the truck Nikola rolled out for the first time in December 2016, did not respond to a request for comment.

Nikola’s hydrogen fueling stations initially will produce up to 8 tons daily but can be expanded to 32 tons of hydrogen per day per station. That would make them significantly larger than separately operated existing stations serving automobiles, Milton said. “Most stations in the U.S. produce around 100 kilograms per day, so it would take over 30 stations to equal one of our stations.”

Also, Nikola intends to have 700 stations as part of its 10-year plan, up from 350 stations announced earlier, he said.

The 16-station network would cover a span of 2,000 miles, he said. “Pretty much like a big circle. That will give the driver the largest hydrogen network in the world.”

Nikola’s announcement of its plans for fueling infrastructure came the day before Tesla Inc. debuted its battery-electric Class 8 truck.

“No one wins if there is no competition going on. You need to have an all-out brawl getting to the finish line,” Milton said. “No one goes to the Super Bowl with only one team. You want to have two teams going to the Super Bowl. Ultimately, that’s what we are doing; we are creating the Super Bowl of clean energy.”

Meanwhile, Milton said his Nikola hydrogen-electric truck is estimated to weigh less than the Tesla truck’s 15,000-pound battery pack alone “assuming [Tesla is] using their stationary 3.3 amp hour cell — from what we know and hear.”