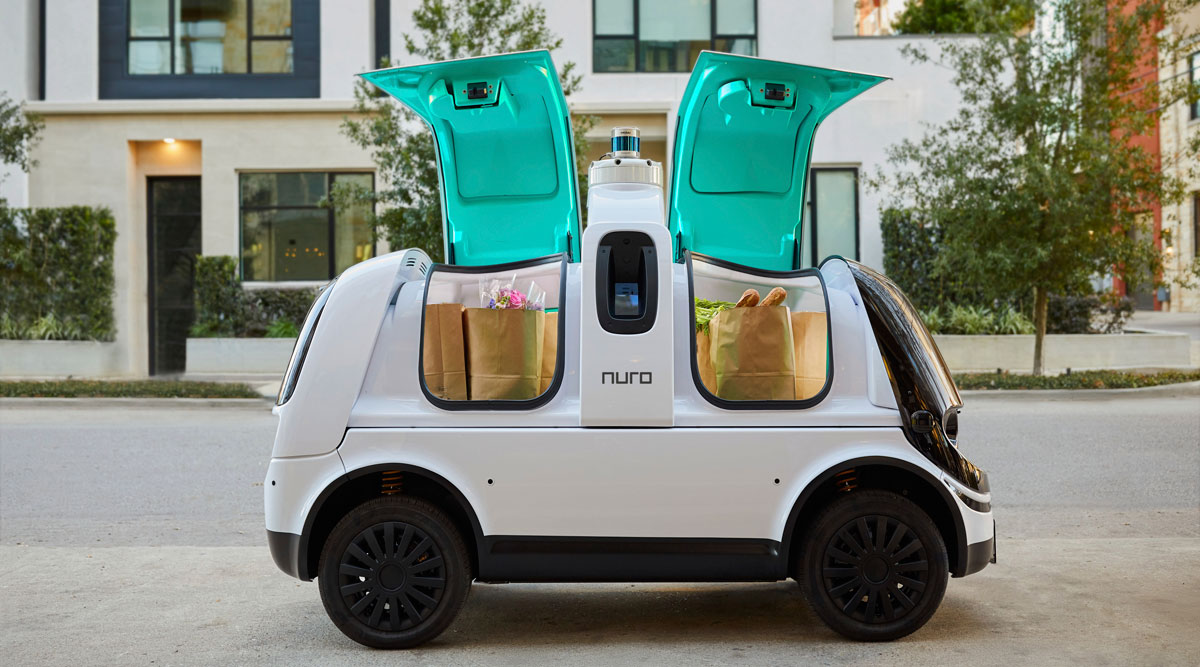 The Nuro R2 is entirely autonomous and is designed to carry goods such as groceries in temperature-controlled compartments. (Nuro via Associated Press)

DETROIT — For the first time, the U.S. government’s highway safety agency has approved a company’s request to deploy a self-driving vehicle that doesn’t meet federal safety standards for human-driven cars and trucks.

The vehicles previously were subject to federal standards for low-speed vehicles that travel under 25 mph. Those didn’t need steering wheels or brake pedals and didn’t have to have human backup drivers.

Nuro vehicles can be monitored and controlled remotely by a human operator, if needed.

In December Nuro announced plans to use its low-speed vehicles, called “R2,” in partnership with Walmart to deliver groceries to customers in Houston. The service was to start early this year and use the vehicles as well as automated Toyota Prius hybrid cars. Nuro also was testing deliveries with Kroger in Arizona and Houston.

Under the temporary approval, Nuro will have to make real-time safety reports to the agency. Nuro also will have to hold regular meetings with the agency and reach out to the community in areas where the vehicles will travel.

“NHTSA is committed to working with industry and key stakeholders to create space for innovation while prioritizing safety,” the agency said in a prepared statement Feb. 6.

The agency will use enforcement powers if it finds any evidence of an unreasonable risk to safety, the statement said.

Nuro, of Mountain View, Calif., announced the R2 Feb. 6, the second generation of a vehicle that’s custom built to deliver goods, but not people.

The company said it plans to deploy fewer than 100 vehicles this year, but has permission from NHTSA to eventually run as many as 2,500. 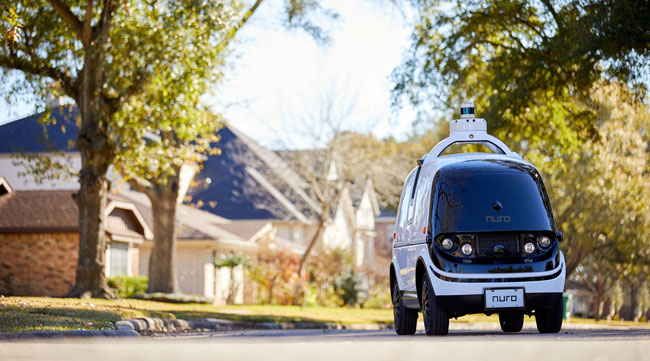 The delivery vehicles, equipped with laser, camera and radar sensors, will travel with regular traffic on public roads.

The exemption from motor vehicle standards from NHTSA also allows Nuro to run its rear cameras all the time. Current standards require the camera displays to turn off when the vehicle is moving forward so they don’t distract human drivers, the company said.

Nuro said in a statement that the R2 has a front end that protects pedestrians by collapsing inward. It’s also equipped with temperature controls to keep perishable goods or meals fresh.

The vehicles make curbside deliveries to humans who can open the storage compartments with a code that’s sent to them and unload the goods.

Nuro said NHTSA’s approval came after three years of work with the agency.

“By replacing heavy passenger vehicles utilized for shopping and other errands, Nuro is ushering in a new era of neighborhood-friendly and socially responsible zero-occupant vehicles,” the company said in its statement.