New York Turns to Ships to Head Off Gas Shortage 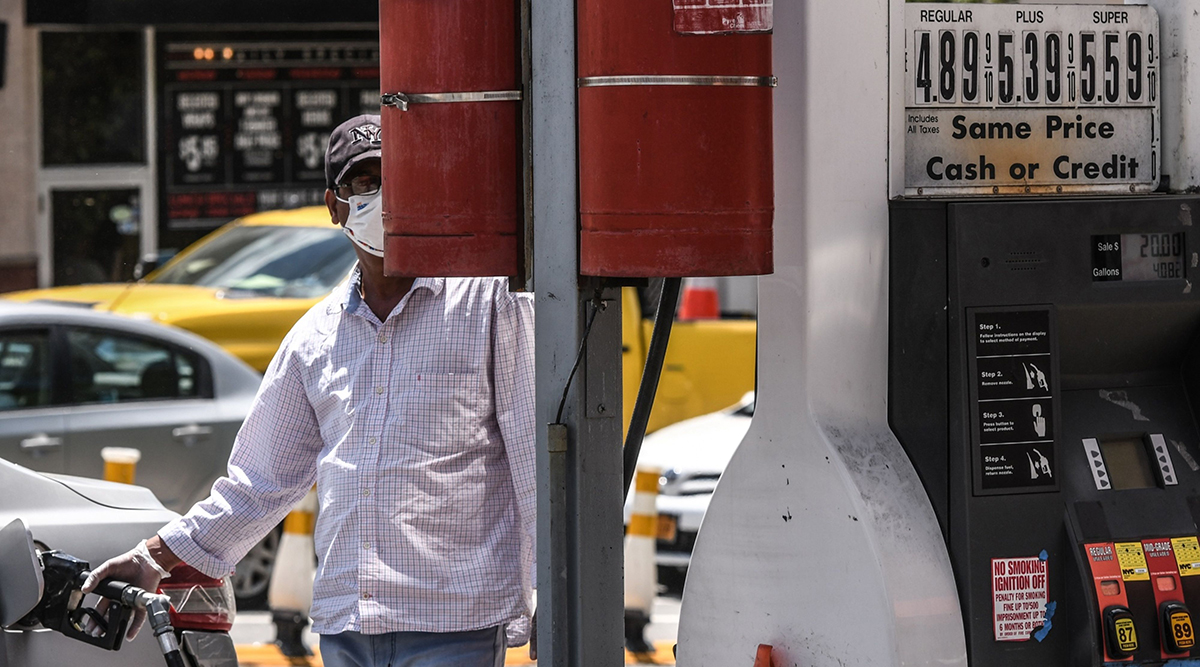 A driver fuels a vehicle at a gas station in New York. (Stephanie Keith/Bloomberg News)

New York gasoline inventories are so low that suppliers are resorting to expensive U.S. vessels to move fuel into the region and allay the potential for shortages.

Vessels Oregon and Sunshine State are en route to deliver fuel from Texas and Louisiana to New York by the end of the week, according to Bloomberg vessel tracking. The cargoes are likely to be gasoline, according to energy consultancy Kpler.

These movements underscore the need to refill gasoline and diesel tanks in the New York Harbor region, which stand at their emptiest levels in nearly three decades of government recordkeeping. Supply is shrinking at a time when falling pump prices have lifted the country’s gasoline demand to a year-to-date high. Diesel demand usually begins to rise this time of year with annual crop harvests and distributors trying to stock up ahead of the upcoming heating season. 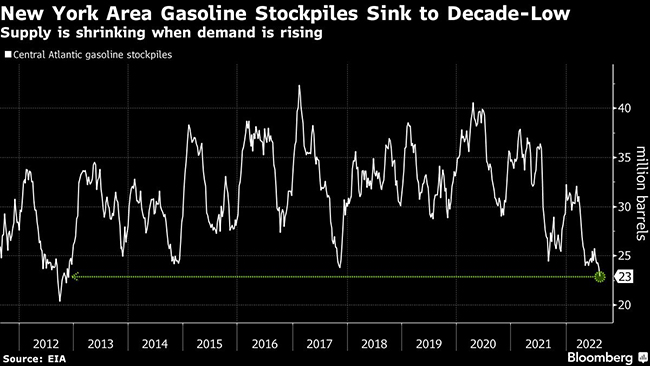 It’s rare, but not unheard of, for Jones Act vessels to move Gulf Coast fuel into New York, said Reid I’Anson, senior commodity analyst at Kpler. The East Coast relies on the Colonial Pipeline to deliver fuel from the U.S.’s Gulf Coast refining belt and exports from Europe. However, European exports have fallen this month, forcing the market to seek shipping alternatives.

A century-old shipping law known as the Jones Act requires all goods moved between U.S. ports to be transported on ships that are built domestically. Jones Act freight rates typically command a hefty premium over rates for similar routes in the international market, and currently stands at $4.54 a barrel, according to price reporting agency Argus Media.

Shippers are only willing to pay these rates when fuel prices in New York rise to significant premiums over the Gulf Coast, as they are now at 44 cents a gallon, according to Bloomberg data. The Colonial pipeline has been operating at maximum capacity for the past few months.

New York also drew several gasoline cargoes from the Bahamas this month for the first time since May, Vortexa data shows. Bahamas’ storage terminals can function as a transshipment hub for fuel coming out of the Gulf Coast.