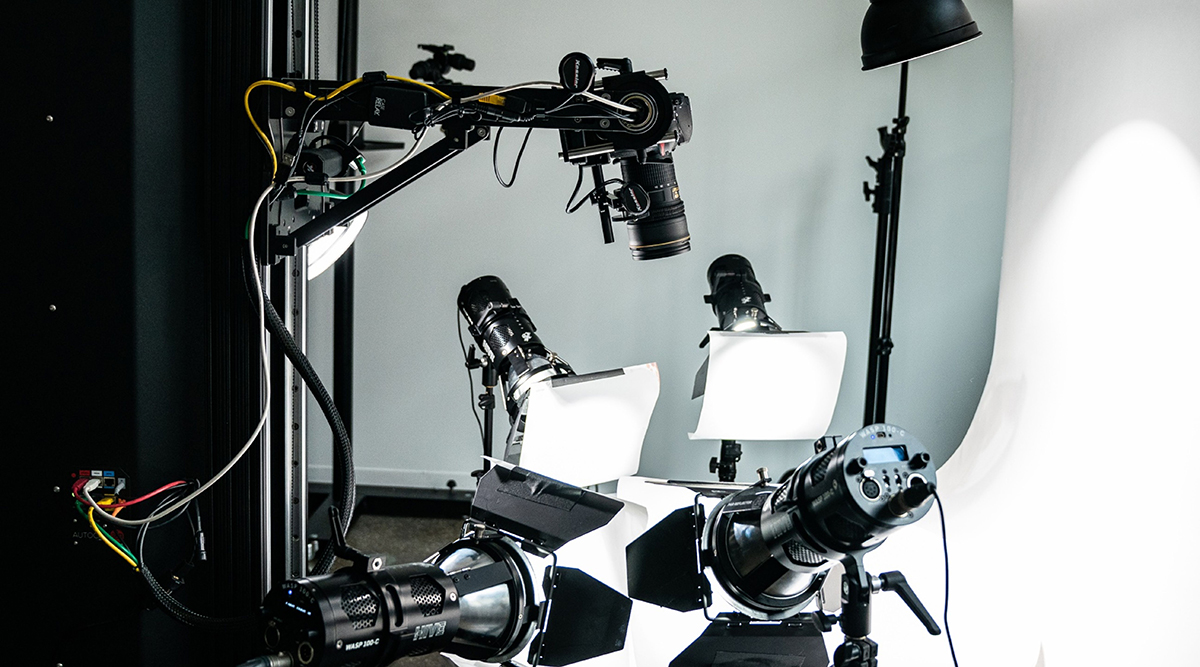 A camera and lighting equipment set up at Sqaure Ecom's photo studio in Brooklyn, N.Y. on July 10. (Jeenah Moon/Bloomberg News)

Carolyn Bessette is good at making soap. So good that people pay $8 for a bar of Farm to Shower Peppermint Watermelon or Hopi Blue Corn handmade soap through her website. What she’s not good at, however, is photographing soap. “I tried doing it myself, and it was just awful,” she said.

The 52-year-old entrepreneur and her husband run Dr. Bessette Naturals. Besides their online store, they have a location at a farmer’s market in Boston, where customers can browse all-natural skincare products. In March, the company that makes their cash register, Square Inc., approached the couple asking if they would like to try a new product-photography service the company was testing. The cameraman, they learned, was a robot.

Before the rise of online shopping, photographing inanimate objects wouldn’t have been a logical growth opportunity for a global payments business with a market value of $33 billion. But Square thinks there are enough store owners with a bad eye for photography that it spent more than $20,000 on a robot and devoted 1,000 square feet to the project in a New York warehouse sandwiched between Table 87 and Avocaderia, two hot restaurants in Industry City, Brooklyn.

Square plans to announce July 22 that it is beginning to take orders from anyone in the United States for mechanically snapped photos. It will charge about $10 plus shipping for customers to send a product weighing less than 20 pounds to the Brooklyn studio and within two weeks, receive three digital photos from different angles. (Staff will select the best ones for customers.) Square also offers a 360-degree photo service for about $30 apiece.

While Square said the service is cheaper than many professional photographers, it also is competing with the phone in people’s pockets. David Rusenko, general manager of e-commerce at Square, said he tells shopkeepers that enchanting photos are crucial to selling on the web, when shoppers can’t pick up or try things on. “When you buy something online, all you have are product photos,” he said.

Jack Dorsey, the Twitter co-founder, started Square a decade ago with a Chiclet-size device that can process a credit card swipe through an iPhone. The company now sells touch screen cash registers, small-business loans, payroll software and website-building tools. The stock is up 40% this year as the company looks to break into more aspects of the retail business.

Catering to the needs of online sellers is a booming business. More than half of sales on Amazon.com’s website go to independent sellers on the marketplace. Amazon sells them advertising services, cloud hosting and a $100 AmazonBasics Portable Photo Studio, which offers a pristine white environment for shooting product photos that can fold up like a massage table. Shopify Inc. sells software to create and manage online stores, as well as stock photography to make them pretty. The Canadian company’s stock has doubled over the past six months. 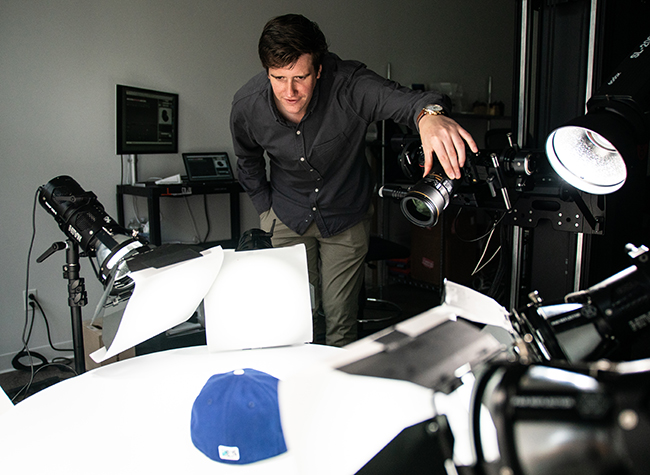 The Square Photo Studio consists of a white table, lots of bright lights on tripods and a robotic arm with a high-end camera affixed to the end. The arm swings with precision to different angles and snaps away using a mechanical finger on the shutter release.

Despite the technical novelty, humans are essential to the process. John O’Brien-Carelli, product manager for the project, said his team has to unpack the items, set each one on the table, activate the robot using a nearby computer and oversee the rest of the process. Customizing the robot’s settings to each product is one of the most time-consuming aspects, he said. Then they have to pack everything up and ship it back.

Square is optimistic that the photography project can recoup development costs and justify more studios, O’Brien-Carelli said. If the one in Brooklyn takes off, the company would open more studios, each with a specialization to reduce the time needed to reset the robot’s instructions. One might be for jewelry and perhaps another just for soap.