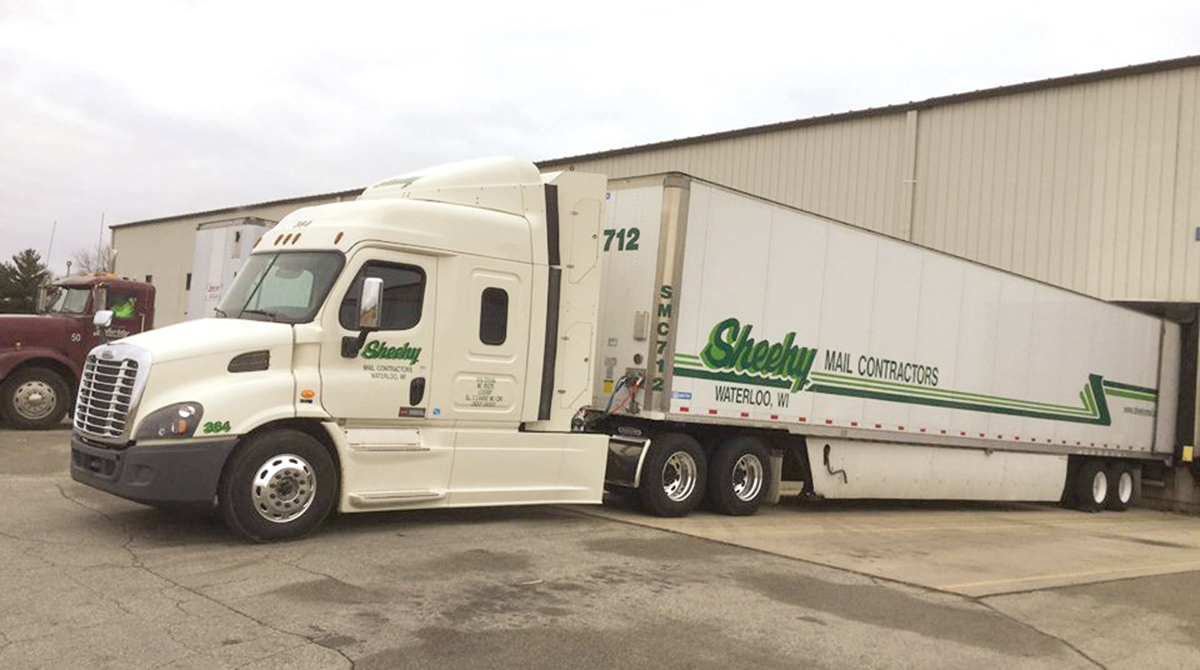 A new distribution strategy by the U.S. Postal Service is forcing fundamental changes in the way private mail contractors operate and is leading to a surge in consolidation activity.

For decades, carriers were hired to haul mail over specific routes on a fixed schedule. Now the post office is awarding contracts to carriers that can provide service in a broader region and can expand or contract based on changes in mail volume.

The program, known as Dynamic Route Optimization, or DRO, also introduces a new form of compensation: paying carriers on a mileage rate rather than a contract rate.

“The goal is to reduce excess transportation capacity and to decrease the overall miles operated by surface transportation suppliers, thus reducing the overall spend compared to the existing contracts,” said David Partenheimer, a Postal Service spokesman in Washington. “The DRO initiative began as a pilot program in 2016 and is now in the process of being rolled out to mail processing centers throughout the United States.”

One firm that is moving to take advantage of the changes is Evo Transportation & Energy Services, a company based in Peoria, Ariz., that until recently operated fuel stations selling compressed natural gas in California, Arizona, Texas and Wisconsin.

Over the past year, Evo has purchased four mail contractors as part of a strategy to create a national service network and to compete for new DRO contracts.

The first acquisition in June 2018 was Thunder Ridge Transport in Springfield, Mo. That was followed in September with an agreement to purchase Sheehy Mail Contractors in Waterloo, Wis., and to have CEO John Sheehy join Evo as chief operating officer.

Thunder Ridge operated about 150 trucks and had 13 postal contracts in nine states. Sheehy had 16 contracts across 18 states and was the largest customer for Evo at its CNG fueling station in Milwaukee.

The man leading the new business strategy is John Yeros, a tech entrepreneur and former investment banker who joined the company in 2016, teaming with Damon Cuzick, a commercial real estate developer, and his father, Danny, the former owner of Freightliner of Arizona.

At the time, mail contractors were among the most active buyers of CNG-powered tractors and the two men soon saw an opportunity to pursue acquisitions and to create a company that could provide back office services, such insurance and technology, to smaller operators at a reduced cost.

“We see that the post office wants to consolidate its supplier base,” Yeros said in an interview with Transport Topics. “The message was ‘get bigger or get out.’ ”

According to Yeros, the Postal Service intends to reduce its supplier base from more than 4,000 contractors to fewer than 1,000 by 2022 and that there will be more than $1 billion in DRO contracts available for bidding in the next five years.

In December, Evo announced two more acquisitions: Ursa Logistics and W.E. Graham Inc. Milwaukee-based Ursa operates 250 trucks throughout the Upper Midwest. It is the largest acquisition to date for Evo and ranks No. 16 on TT’s list of top mail carriers based on revenue generated from mail contracts in the 12 months ended Sept. 30, 2017.

To acquire Ursa Logistics, Evo said it would pay $2.5 million in cash plus the assumption of debt and issuance of $6.4 million in new debt. The company was expected to generate revenue of $62 million in 2018, according to Evo.

Terms for the purchase of companies other than Ursa Logistics were not disclosed.

Many mail contractors see the shift to Dynamic Route Optimization as an opportunity to grow their businesses.

“We believe being on the larger platform that Evo provides will allow us to capture more opportunities and expand the number of routes we currently operate,” said John Lampsa, CEO of Ursa Logistics.

For smaller contractors, however, the change could mean an end to their business, although most could end up working as subcontractors for larger operators, according to John “Skip” Maraney, executive director of the National Star Route Mail Contractors Association in Washington.

So far only 48 of the nearly 200 Postal Service processing and distribution centers in the United States have changed over to the new contracting model. “They are doing it in waves,” Maraney said. “Each wave has 10 to 15 facilities.”

According to Maraney, there are about 17,000 mail contractors in the country. About 9,500 are responsible for intercity and longhaul transportation routes and the remaining contractors operate rural routes.

David Hendel, an attorney who specializes in representing postal contractors, said the new operating model comes with added risks and may not achieve the goal of lowering costs.

“The devil is in the details,” Hendel said in an interview with TT. “It’s not clear that it’s going to work.”