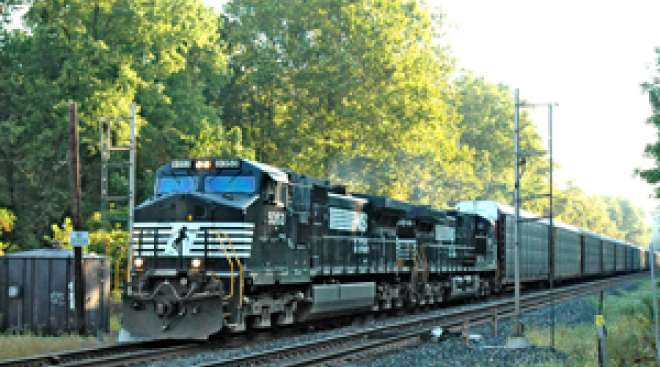 The new railroad was formed under a joint venture by Norfolk Southern Railway Co. and Watco Cos., the parent company of the newly formed Michigan Central.

The company will be Kalamazoo, Mich., and employ about 118 people, he said. In its first year alone, the company plans to invest more than $6 million “to improve track and equipment to capitalize on the rail-served economic development opportunities we envision for the region,” Eyermann said.

A critical component of industrial growth and job creation is a vibrant freight rail network, and we are excited about the partnerships we will establish with shippers doing business in southern Michigan, as well as with state and local governments on the Michigan Central network.”

Michigan Central will operate over freight rail line segments between Michigan cities of Ypsilanti and Kalamazoo; Jackson and Lansing; and Grand Rapids and Elkhart, Ind.

The new line also will acquire Norfolk Southern’s track rights on the Amtrak-owned line between Kalamazoo and the Michigan/Indiana state line, the company said.