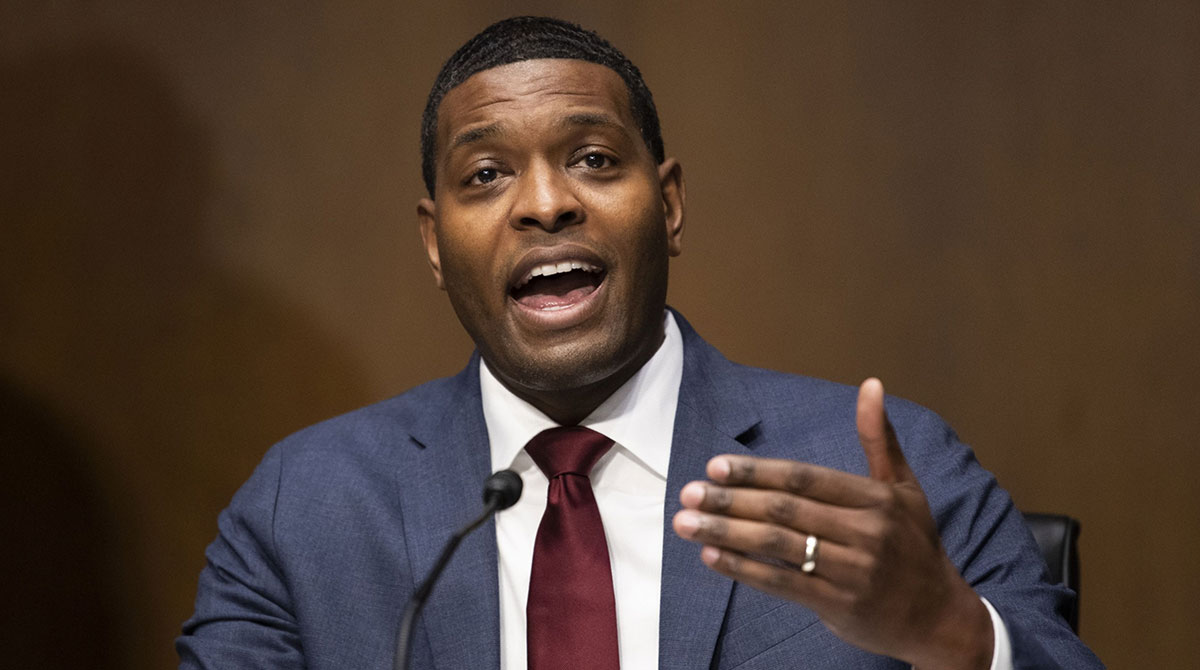 Michael Regan was secretary of the North Carolina Department of Environmental Quality before his confirmation to lead the Environmental Protection Agency. (Caroline Brehman/CQ Roll Call/Bloomberg News)

New EPA Administrator Michael Regan will set his sights on the challenges presented by climate change, one of the key issues highlighted by the Biden administration.

The Senate approved President Joe Biden’s nominee to lead the environmental agency in a 66-34 vote March 10.

“Michael Regan is the right person for the job. He is a man of deep faith who believes, as we all do, that we have a moral obligation to be good stewards of this planet on which we live together,” said Sen. Tom Carper (D-Del.), chairman of the Environment and Public Works Committee.

We have a moral obligation to be good stewards of this planet.

“So without commitments to different policies than what was pursued in the Obama EPA, I cannot support Secretary Regan today," Capito said."But you know what? I hope he proves me wrong. I hope he makes good on his promise to work with Republicans to help address climate issues. As ranking member of the EPW committee, I stand ready to just do that. We have so much common ground on climate issues.”

According to background provided by the EPA, Regan was secretary of the North Carolina Department of Environmental Quality prior to his new role with the agency.