N.D. Grand Champion Gets By With a Little Help From His Friends 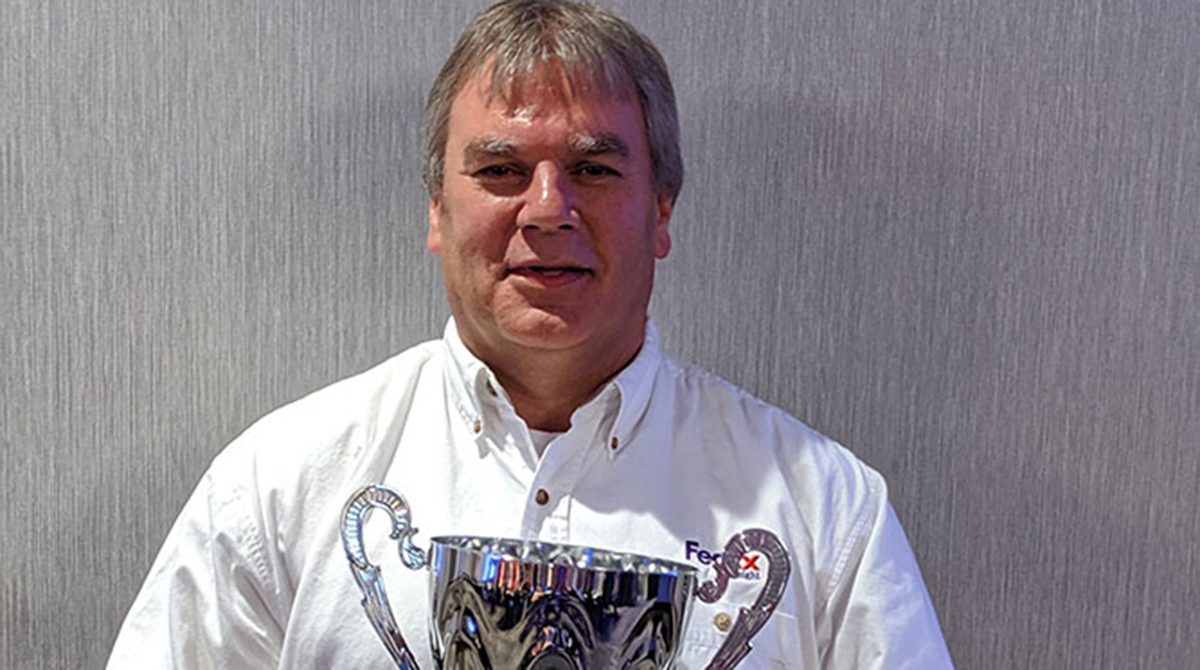 Scott Meyers, Grand Champion of this year’s North Dakota Truck Driving Championships, says support from his coworkers and the competition truck driving community helped power him to a first-place trophy.

Meyers, a FedEx Freight driver, won the Tank Truck division at the competition held June 1 by the North Dakota Motor Carriers Association. Meyers also won the 5-Axle division title at the 2018 competition and went on to represent North Dakota at the national competition, where he placed 12th in that division.

Meyers told Transport Topics in an e-mail that the support of his coworkers and the friends he has made through the competition have been important in preparing for the tournaments.

“They would text me questions to help me prepare for the TDCs. Also, we would get together as a team to practice and study. Everybody has been so supportive of me and have really invested in my success throughout this entire process,” Meyers wrote.

Meyers also complimented the community fostered through the truck driving championships, noting he has made friends from other states throughout the process and even gone to practice with them in their home states.

Meyers will join the other state Grand Champions and division winners Aug. 14-17 in Pittsburgh to see who takes home the top prizes. “I know that it will be a tough competition, but I am looking forward to the challenge,” Meyers said.

All North Dakota competitors moving on to nationals: