Fleets in four market segments could switch to battery-electric vehicles right now, the North American Council for Freight Efficiency concluded after its recent Run on Less — Electric event that involved 13 freight-hauling trucks of various classes running in the U.S. and Canada for 18 days.

RunOnLess-Infographic by Transport Topics on Scribd

“We believe all of the trucks in this population are electrifiable,” NACFE Executive Director Mike Roeth said during an online event associated with Climate Week NYC.

“What we mean by electrifiable is the trucks can do the job. There are trucks available from the manufacturers. We have chargers that can do this work,” he said. “And depending on incentives and other factors and the total cost of ownership, it may make sense for these fleets to go fast. Or in particular areas, it might be a little slower. But these are electrifiable today with products that are available.”

That overall population if electrified would stop about 100 million tons of CO2 from reaching the atmosphere. That’s comparable to eliminating 25 coal-fired power plants, he said.

NACFE intends to release a series of reports in 2022 detailing its findings, including one on each of the four market segments, and others, for instance, on charging. 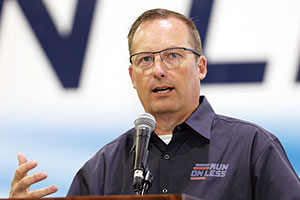 “We are starting to dig into all the data now. We may not have learned as much as we thought we would on charging,” Roeth said. “Many of these [trucks] aren’t going long distances. They don’t need super-fast charging. They were able to get the job done with smaller, less expensive chargers.

“But we witnessed a lot when it comes to where are the charger locations on the truck, how do the trucks get in to parking?”

Rob Reich, chief administrative officer at Schneider, reminded other interested fleets to review their networks and what those operating characteristics are.

“In this case, the range required for your length of haul is just a really important element of assessing where these electric trucks may have an immediate impact for you,” he said. 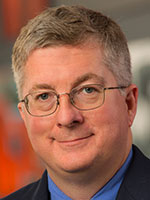 The other important part is working with customers, Reich said.

“We know that the shipper community and all of our customers are equally interested in sustainability and the future of battery-electric vehicles,” he said. “Let [customers] know these trucks are coming, and here is some of the planning that needs to be done.”

The charging of the 13 vehicles in the demonstration was depot-based, but one government official said he was hoping for something in addition.

Fifty percent of all freight in the U.S. moves 100 miles or less from origin to destination, and 75% is 250 miles or less, said Michael Berube, deputy assistant secretary for sustainable transportation at the U.S. Department of Energy. 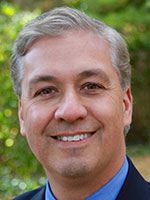 As battery technology improves over the next five years, the number of vehicles doing this is going to grow, he said.

“I like to see us go from the return to home base to maybe a corridor type of operation with a port at one end,” Berube said. “You have big depots maybe a few hundred miles in, really large depots operating maybe 100 to 200 bays [on the other end]. And a few fast-charging stations that handle Class 7 and 8 shorthaul trucks in the middle.

“I think in three or four years, we can get to that level of demonstration.”

Asked how best to eventually involve vastly more drivers in a transition to battery-electric trucks beyond the first hand-picked 13, Reich said, “People look to their peers, and drivers are no different. ‘What did you think of it? Is this the right thing?’ I think the message from the tenured drivers will be strong as they get experience, and that is going to bring everyone else along.”

Roeth said, “Personally, I think this will be the biggest driver-attraction thing that I will see in my career.”

Still, this is a complex introduction of technology, and people have to look at the pluses and minuses, he added.

But Jason Mathers, director of vehicle and freight strategy for the Environmental Defense Fund, said the limiting factor is not going to be the capacity of the technology.

“It is going to be the actions that we take as a society to support the transition,” he said.

Run on Less — Electric Now on the Road