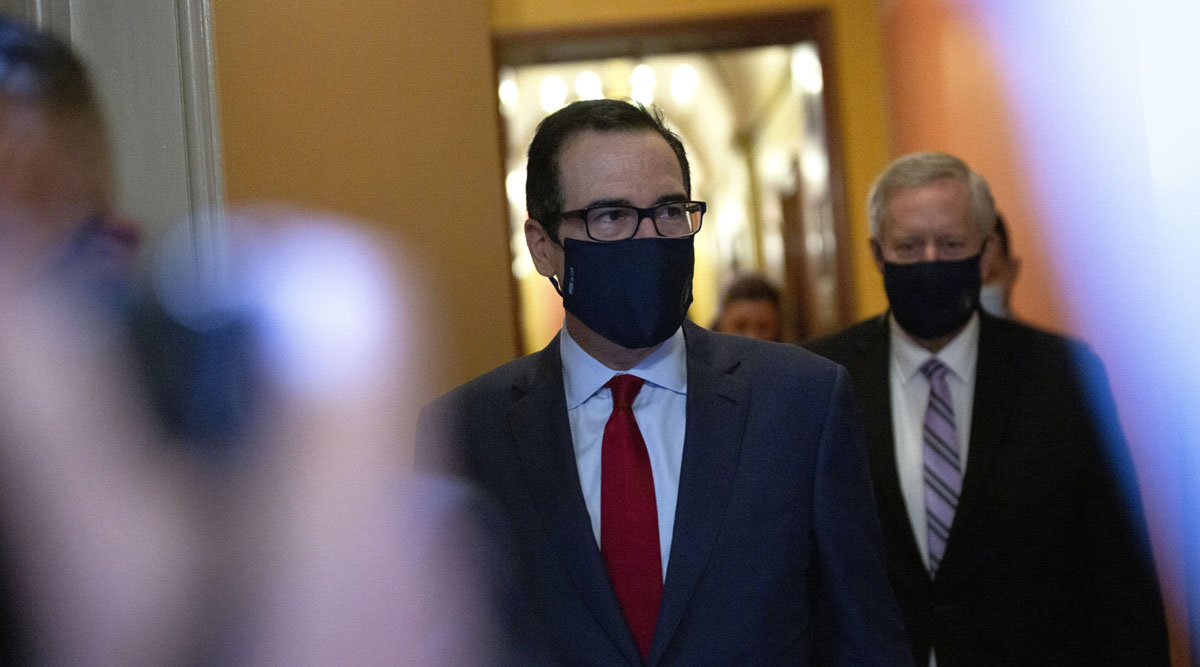 Treasury Secretary Steven Mnuchin renewed a push for a more limited next-round U.S. pandemic relief package of “a little more than $1 trillion” on Aug. 12, saying that Democratic demands for spending more could be discussed down the road.

“We can always come back later in the year or January and do a sixth bill,” Mnuchin said on Fox Business Network. “We don’t have to do everything at once.”

With no plans announced for any further negotiations, Mnuchin said “I can’t speculate” about prospects for a deal between the Trump administration and Democrats led by House Speaker Nancy Pelosi and Senate Minority Leader Chuck Schumer.

“If the Democrats are willing to be reasonable, there’s a compromise,” Mnuchin said. “If the Democrats want to focus on politics and don’t want to do anything that’s going to succeed for the president, there won’t be a deal.”

The four lead negotiators, including Mnuchin and Chief of Staff Mark Meadows, haven’t spoken since Aug. 7, and the impasse risks dragging on for weeks. Both parties also have their presidential nominating conventions in the next two weeks, pulling some attention away from the relief-package talks.

The White House says Democrats must reduce demands for state and local aid and for $600 a week in unemployment relief to restart the talks. Democrats say the White House must agree to $1 trillion in spending beyond the $1 trillion Republicans already put on the table.

President Donald Trump for the time being appears content to let his executive actions deferring payroll taxes and providing a temporary $300-a-week boost in unemployment aid to play out. With the stock market climbing toward all-time highs this month, there has been no pressure on him from that quarter lately.

Mnuchin on Aug. 12 reiterated the administration’s call for Congress ultimately to forgive the payroll tax liabilities that Trump deferred in an executive memo issued over the weekend. That could cost $100 billion, according to an estimate from the Committee for a Responsible Federal Budget.

Mnuchin also said that the Treasury is working on guidelines for the payroll tax deferral. A key challenge for the department will be how to assuage some employers’ concerns they could get stuck with large bills once the deferral period ends, if they passed the savings along to employees.

The Treasury chief also indicated that Trump’s executive order, which delayed levies that fund Social Security for those earning up to $104,000 from Sept. 1 through year’s end, would be optional for companies to implement.

“We’re going to create a level of certainty for small businesses who want to do this,” he said.

Details of $908 Billion US Pandemic Relief Plan Set for Release