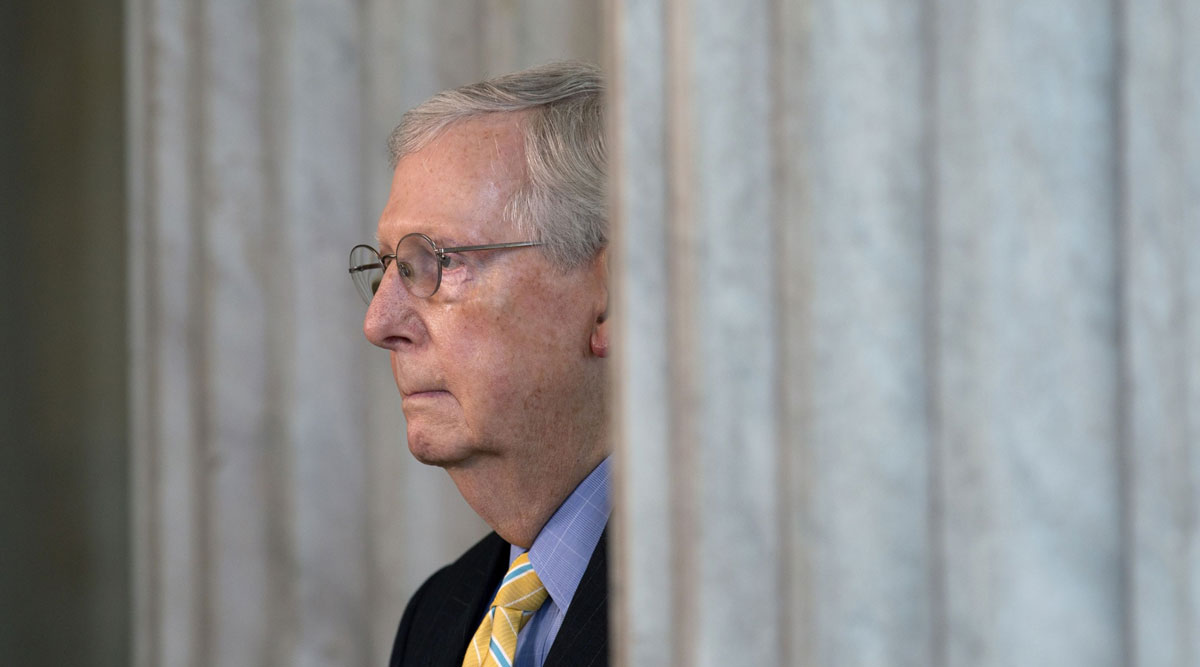 Senate Majority Leader Mitch McConnell expressed doubts about whether Congress can get a deal on another pandemic relief package when lawmakers return to Washington after a monthlong recess, despite the Trump administration’s push for a quick, targeted stimulus.

“I don’t know if there will be another package in the next few weeks or not,” McConnell said at an event at a hospital in his home state of Kentucky. He said that talks between top administration officials and House Speaker Nancy Pelosi haven’t been fruitful, and that any embrace of bipartisanship in the Capitol has “descended” as the fall elections near.

His comments come a day after Treasury Secretary Steven Mnuchin testified to Congress that parts of the U.S. economy urgently need additional fiscal stimulus to fully rebound from the COVID-19 crisis. Mnuchin told a House panel the most important thing is “that we deliver some relief quickly to the American workers impacted by this.”

Mnuchin later initiated a call with Pelosi, amid the stalemate in talks. In a statement Sept. 1, the speaker said she told the Treasury chief that Democrats have “serious questions” remaining in any negotiations. That includes, she said, the view of the administration that a smaller package can be pursued now and a larger one later.

“Sadly, this phone call made clear that Democrats and the White House continue to have serious differences understanding the gravity of the situation that America’s working families are facing,” Pelosi said in her statement.

At a news conference Sept. 2 in San Francisco, Pelosi said talks remained at an impasse.

There have been no negotiations since the last round broke up almost a month ago. Democrats have offered to lower their demand for a $3.5 trillion package to about $2.2 trillion. Senate Republicans originally put forth a $1 trillion plan, but are now discussing with the administration a smaller $500 billion package they say will be more focused on areas of the economy most affected by the pandemic. Mnuchin singled out the travel industry and small businesses as needing more aid.

“Republican senators have been discussing among ourselves what should the next package look like, and we are trying to get our way to a consensus,” Senator Pat Toomey of Pennsylvania said in an interview. “Optimally it would be well below a trillion.”

Toomey said he’s “not a fan of a lot more spending,” but it may be easier to get some agreement among Republicans when everyone is “back in Washington face-to-face.”

Some Republican senators have opposed any additional economic stimulus, making uncertain the prospects of a slimmed-down bill. And even if Republicans can agree on an alternative relief package, any move to actually consider the bill would need 60 votes in the Senate, with Democrats likely to block it.