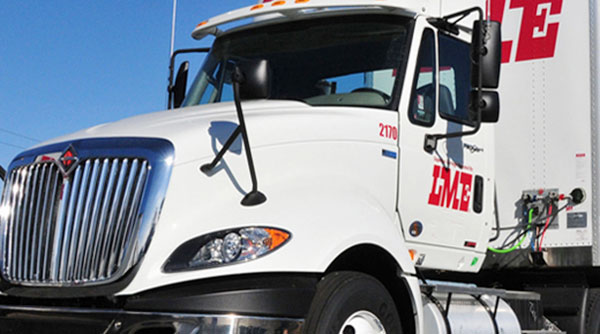 Minnesota carrier LME, based in New Brighton, abruptly shut down 30 delivery terminals in several states July 11 after posting a note on its website, a move that left hundreds of workers laid off with no notice and at least some unpaid.

The same owners abruptly closed Lakeville Motor Express 2½ years ago, also with no notice, and began last month paying a multimillion-dollar settlement to those workers.

Signs saying “LME is closed for business” are posted on the doors of most LME loading docks.

“We apologize for the inconvenience of the situation but effective July 12, 2019 LME Inc. will no longer be making pickups or deliveries of freight due to unforeseen circumstances and have ceased operations,” a statement on the company’s website reads.

The statement goes on to say that LME will use an alternate carrier to assist in getting freight delivered and that some staff is remaining to help.

Calls to the company’s headquarters July 11-12 were not answered, and attempts to reach owners were unsuccessful. LME has listed its customers as including behemoths such as 3M, Toro, John Deere and Osram Sylvania.

The Minnesota Department of Labor and Industry says it is investigating.

“Our agency has been made aware about the situation from multiple media outlets. DLI will assess the situation and determine what is the appropriate action for our agency to take if wages were not paid to these employees,” department spokesman James Honerman said in an e-mail.

Trucker Tom Mason was told late July 11 to turn his 26-foot truck around and go home after he had driven to LME’s Sioux Falls, S.D., terminal to pick up a delivery.

The morning of July 12 came with more bad news.

Mason’s LME’s weekly paycheck of $830 was not automatically deposited into his bank account as it was supposed to be. Mason said LME owes him close to $3,000 for regular and overtime work done during the past three weeks.

“I feel sick to my stomach. How am I going to make my rent?” he asked. “My brother, who is a dockworker, is owed about $2,400. LME should have learned their lesson after they pulled this … two years ago.”

LME’s abrupt shutdown comes just one month after LME began paying a multimillion-dollar settlement to 90 union workers who abruptly were locked out of work and laid off in November 2016 from Lakeville Motor Express.

The workers filed complaints that Lakeville Motor essentially continued to operate as LME, but with cheaper, non-union labor. The state of Minnesota and the National Labor Relations Board ruled against the trucking firm, which operates in about five Midwestern states with about 600 workers.

While the NLRB ruling resulted in one settlement in 2018, there are unresolved lawsuits demanding millions from LME for allegedly violating pension obligations.