FedEx Freight drivers Ritch Fundell and Miguel Corral are back and ready to repeat in the Illinois Truck Driving Championships on June 7-8. 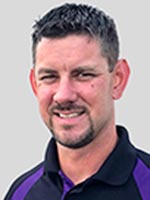 Fundell will look to defend his Grand Champion title, which he won coming out of the 3-Axle class in 2018. Corral went on to claim class champion honors in Twins at last year’s National Truck Driving Championships in Columbus, Ohio.

The family-oriented event will feature 199 drivers (and two alternates), who will take to the course at Pheasant Run Resort in St. Charles, site of the Illinois TDC since 2014.

The Illinois Trucking Association puts the focus of the day’s events on safety, according to Linda Blisset, ITA’s certified director of safety.

Since the beginning of the year, 16 Illinois State Police officers have been involved in crashes, resulting in two deaths and multiple injuries. ITA has initiated a “move over” campaign to educate the public on Scott’s Law.

The law requires that motorists move over one lane, if possible, when approaching an emergency vehicle or any vehicle with flashing lights. Its inception dates to December 2000, when Lt. Scott Gillen of the Chicago Fire Department was struck and killed while assisting at a crash scene on a Chicago expressway.

ITA will talk with attendees and competitors and have a petition to sign about the importance of following Scott’s Law. An Illinois State trooper will be the guest speaker at the banquet, which usually has upward of 650 attendees.