Sales of medium-duty trucks rose 5.8% in September, led by sales of trucks in two of the lightest classes, WardsAuto.com reported. 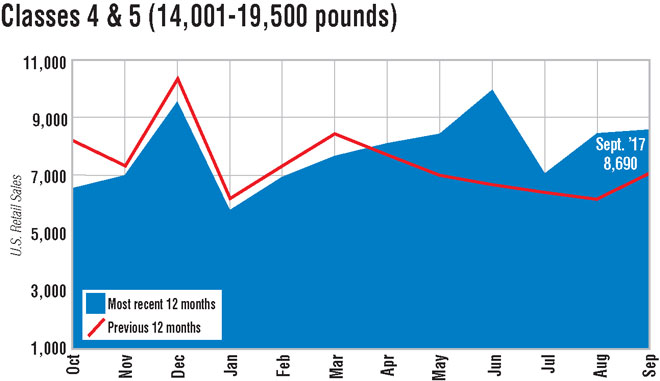 Continuing the trend from August, sales of Classes 4-5 trucks posted the biggest gains, up 22% in September to 8,690 units, according to Ward’s.

“Class 4 is a market that was disproportionately impacted by the recession back in 2008 through 2010. Not only was it the recession, but that [truck class] tends to directly serve the housing segment of the economy. So it was particularly beat up,” Steve Tam, vice president of ACT Research Co., told Transport Topics.

“Class 4 is still a shadow of its former self, but it’s making progress and coming back, and there are new entrants in that space. We are seeing the life being breathed back in to that customer space,” Tam added.

New products were moving into the Class 4 space just as the market was crashing with the recession, Tam noted. 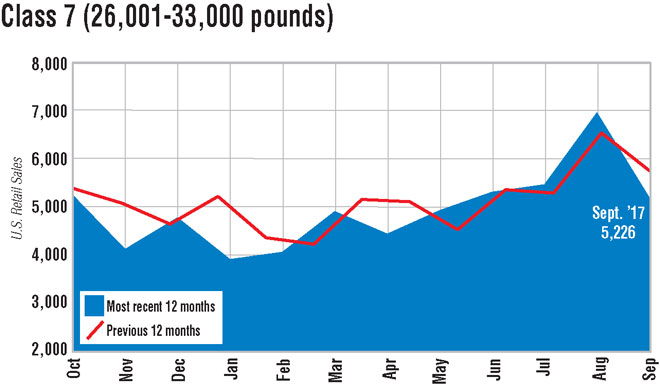 Freightliner, a unit of Daimler Trucks North America, claimed the top spot with 2,424 truck sales, good for a 46% share.

Hino Trucks, a division of Toyota, with 153 sales and Ford Motor Co.’s 121 sales accounted for the balance. 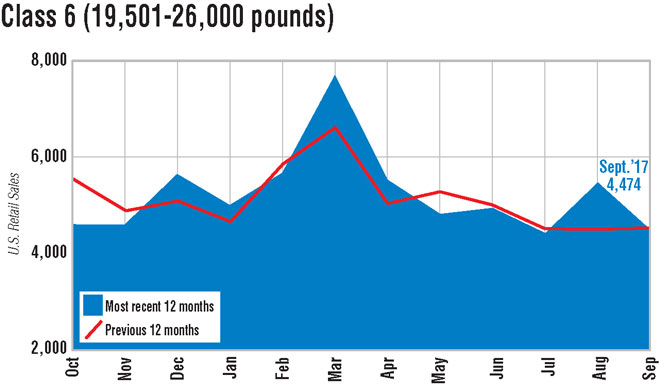