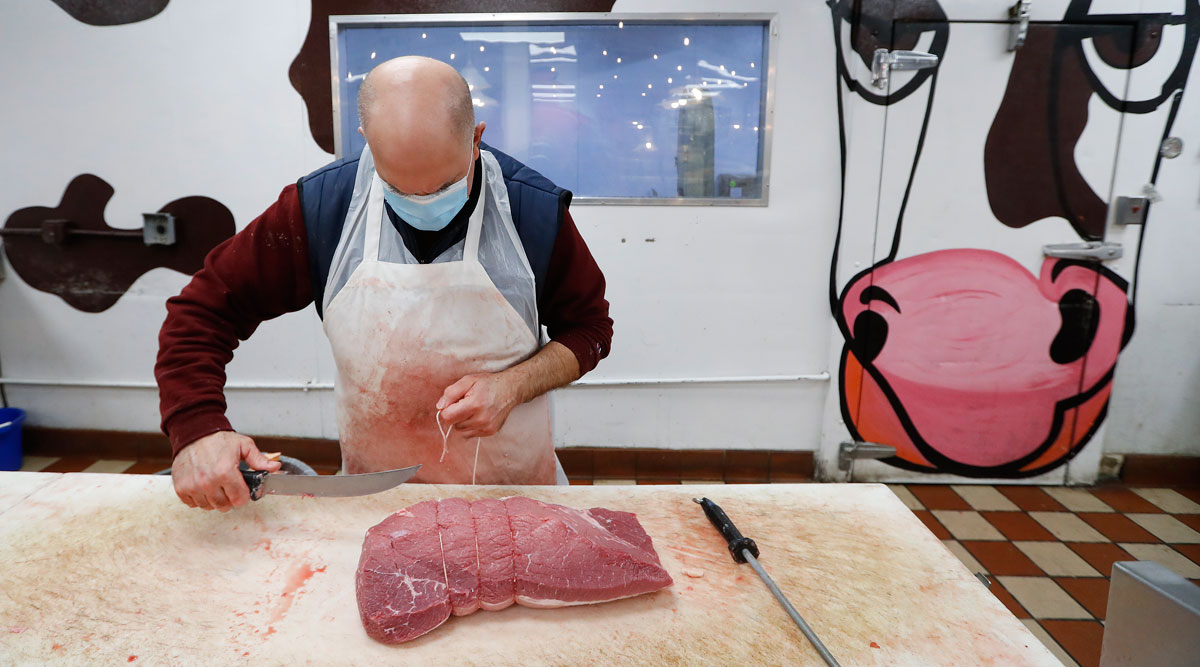 SIOUX FALLS, S.D. — Big meatpacking companies that have struggled to keep plants running during the coronavirus crisis said April 29 that they welcomed President Donald Trump’s executive order requiring them to stay open, but unions, some employees and Democrats questioned whether workers could be kept safe.

Trump used the Defense Production Act to classify meat processors as critical infrastructure to prevent supermarket shelves from running out of chicken, pork and other meat. Meatpacking plants across the country have closed as COVID-19 infections spread rapidly between workers, who often stand shoulder to shoulder on production lines.

Trump, who consulted with industry leaders before issuing the order, said it would relieve “bottlenecks” that the largest companies faced after workers fell ill and some died.

“They are so thrilled,” Trump said April 29 after getting off a call with meatpacking executives. “They’re so happy. They’re all gung-ho, and we solved their problems.”

The executive order was widely seen as giving processors protection from liability for workers who become sick on the job. It came soon after a lawsuit accused Smithfield Foods of not doing enough to protect employees at its plant in Milan, Mo. A federal judge in that case ordered Smithfield to follow federal recommendations.

The United Food and Commercial Workers union said it would appeal to governors for help, asking them to enforce rules that workers be kept 6 feet apart and that employees be provided with N95 masks and access to virus testing.

“Does it make sense to have meat in the markets if it takes the blood of the people who are dying to make it every day?” asked Menbere Tsegay, a worker at the Smithfield Foods plant in South Dakota, where more than 800 workers have confirmed cases of COVID-19. Two people have died, and the plant has been shut down since mid-April.

The threat of the virus has caused workers like Tsegay, a 35-year-old single mother of four children, to weigh whether to risk their health by working. Tsegay said she’s not willing to do that.

“I’d rather starve and wait this out than go back to work,” she said.

The union said plexiglass barriers should not be used as a substitute for putting workers at a safe distance from one another. Union officials also want to slow down meat processing, including getting rid of waivers that allow plants to operate at faster speeds.

Smithfield Foods, which is working on a plan to reopen the Sioux Falls plant, said in a statement welcoming Trump’s order that it should make for easier access to protective equipment and testing for employees.

Faced with thinning workforces as workers become infected or stay home in fear, meatpacking companies have also put millions of dollars toward boosting pay and giving workers bonuses to encourage healthy workers to stay on the job.

But Jim Roth, director of the Center for Food Security and Public Health at Iowa State University, said meatpacking plants will likely continue to have problems finding enough workers operate at full capacity.

“There’s a shortage of workers to begin with, and then with the illnesses and the need to self-quarantine for 14 days after exposure, I’m not clear where the workers come from to keep the plants open,” Roth said. 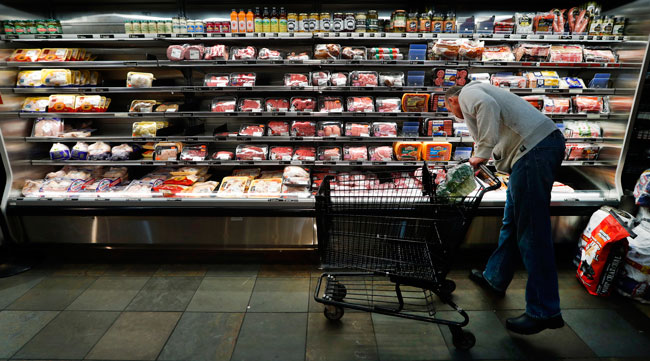 Trump’s order called on the Department of Agriculture to ensure that plants stay open. The USDA said in a statement April 29 that a team including the Department of Labor and the Centers for Disease Control and Prevention would review companies’ mitigation plans “and work in consultation with the state and local authorities to resume and/or ensure continuity of operations at these critical facilities.”

Twenty meatpacking workers have died nationwide, and another 5,000 have been infected by the virus or shown symptoms of COVID-19, according to the union, which represents roughly 80% of beef and pork workers and 33% of poultry workers nationwide.

Trump promised April 29 that a report on protecting workers would be coming soon.

Federal agencies have already issued recommendations for operating plants that largely track with steps many companies say they have already taken.

Wendell Young, president of the Philadelphia chapter of the union, described Trump’s order as an attempt to appeal to voters rather than to ensure protections.

Marshall Tanick, an employment lawyer in Minneapolis, said the order “does not necessarily immunize” meatpackers from lawsuits.

Legislation to give employers immunity in these situations has been proposed, but it’s “very unlikely that anything like that will be enacted soon at the federal level,” Tanick said. He said such measures might be easier to achieve at the state level, because it’s less burdensome. Without specific legislation immunizing employers, they act at their own risk.

In Worthington, Minn., where a JBS pork plant closed last week because of the virus, U.S. House Agriculture Committee Chairman Collin Peterson and Minnesota Gov. Tim Walz said April 29 that they hope the plant can reopen soon — but only if workers are protected.

“No executive order is going to get those hogs processed if the people who know how to do it are sick, or do not feel like they can be there,” Walz said.

Marisol Avelar, who works at the Worthington plant, said she dreads the call from management telling her to come back. But she said her three children depend on her, and she has no other job prospects in town.