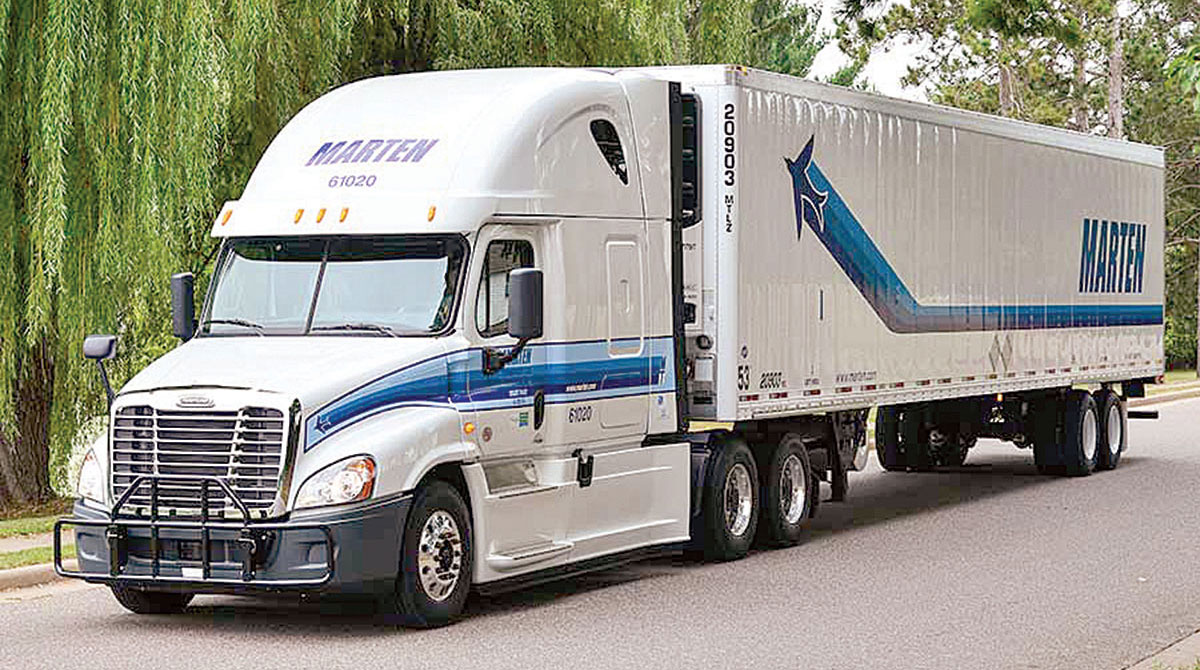 Marten Transport saw revenue and earnings grow during the fourth quarter of 2021.

The Mondovi, Wis.-based supplier of time- and temperature-sensitive transportation services reported Jan. 25 that net income increased 26.1% to $24.7 million, or 30 cents per diluted share, for the three months ending Dec. 31. That compared with $19.6 million, 24 cents, during the same time the previous year. The operating revenue improved 17.4% to $266.9 million from $227.3 million.

The results were above expectations by investment analysts on Wall Street, who had been looking for 27 cents per share and quarterly revenue of $262.80 million, according to Zacks Consensus Estimate.

Marten Transport noted in the earnings report that the operating income for the quarter and year was the highest amount for any quarter and year in its history. The quarter’s earnings also improved from third-quarter net income of $21.3 million.

Roger Marten founded the company in 1946 when he was 17, delivering milk and other dairy products from the Modena Co-op Creamery. His routes at that time primarily were in the Modena, Wis., area, where he was born and raised.

Marten Transport ranks No. 42 on the Transport Topics Top 100 list of the largest for-hire carriers in North America.