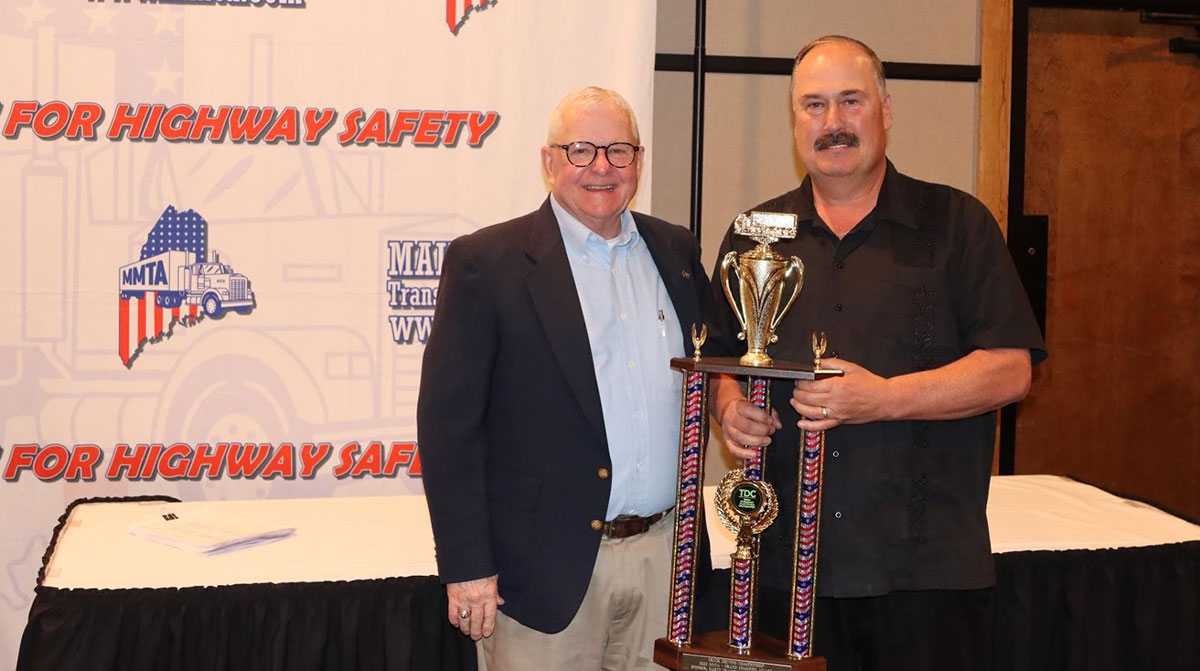 As he battled cancer during the pandemic, friends and colleagues of Alan Paradis insisted that he compete in Maine’s truck safety tournament.

Paradis credited trucking, especially preparing for the state competition — an event he had helped organize — with his recovery.

He noticed the tournament filled him with a sense of purpose.

“This Christmas I was told I was cancer free. So, I won. I won the battle,” he said. “And before that, I didn’t think I was going to make it, to be honest with you. So, going to the states to compete again just added life to me.”

“Competing and winning, which I didn’t have a clue that I even won, I just knew I had a pretty good day, just made me even more proud and happy,” Paradis recently told Transport Topics.

The Maine grand champion with A&A Trucking, competing in the 3-axle, will be making his seventh trip to the big show, scheduled for Aug. 16-19.

As fellow qualifiers for the National Truck Driving Championships insist on early-morning training sessions and studying long into the night, 62-year-old Paradis has adopted a contrarian approach to prepare for nationals.

A trucker for more than 40 years, Paradis said he’ll practice, a few times, for the nationals’ safety driving course. The driving component is one of the disciplines at NTDC. He’ll study the book, Facts for Drivers, when time allows, probably at the library, he said. The tournament includes a written exam. And, for the pre-trip inspection portion of competition, he will keep up with his vehicle inspection regimen every day. To put it simply, his preparation mantra is: “Practice what you do every day and be safe about it.”

As for his strategy for competing at nationals: Enjoy the camaraderie as well as the moment.

“Life goes on. Time to keep moving, pal. I’m above ground, not under the ground,” he said. “So, that’s what I’m looking forward to, doing something that I like to do, love to do, and I’m alive to do it.”

Asked about NTDC’s spirit of competition, Paradis responded, “I’ll be upbeat, I can tell you that. No matter what, I’ll be upbeat, anyway, because I’ve made it.”

He hopes his enthusiasm for NTDC is infectious.

“I’m going to have some fun,” he said. “I’m going to Indianapolis. Like every time you go to a nationals, it’s a different city. And I love to travel, so I like exploring the cities.”

Recounting his illness, he said the treatment often proved challenging. “It was a hell of a battle. I’m telling you. I didn’t think I was going to make it. The chemotherapy almost killed me.”

He added, “They told me it’s going to take a year to get all the effects out of me, because I still get side effects. But, I’m getting better each day.”