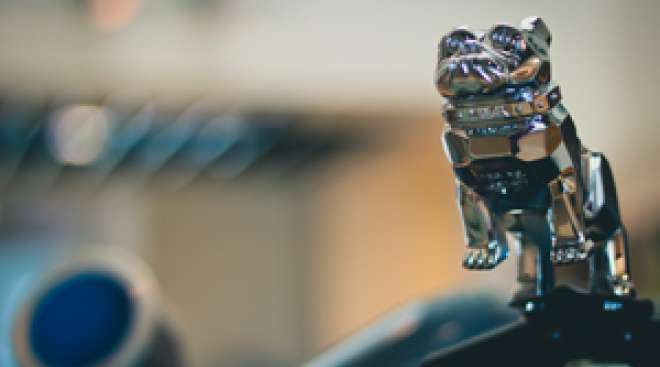 “Mack has decided not to participate in the 2016 Mid-America show,” spokesman Chris Heffner told Transport Topics Aug. 28. “With a lot of the other manufacturers having already announced their plans not to go, there was some concern about attendance and also a diminished return on our investment from participating in the show.”

Mack has not yet made any decisions regarding its plans for MATS beyond 2016, he said. Mack and Volvo are both part of the Volvo Group.

Prior to Mack’s statement, DTNA, Volvo and Navistar all announced in recent months that they would skip next year’s show, scheduled for March 31-April 2.

Despite the withdrawal of most of the industry’s original equipment manufacturers, the 2016 edition of MATS “continues to see strong demand for exhibit space from other industry segments and we are already experiencing a supply crunch for hotel rooms . . . all leading us to believe that the 2016 show will be a successful 45th anniversary for MATS,” said Toby Young, president of Exhibit Management Associates, which owns and operates the event.

Young said some truck dealers have contacted his firm to express interest in reserving exhibit space that was released by the OEMs.

“We hope to work directly with them and their supporting manufacturers to have trucks on the show floor in 2016, as we have every year since the show began,” he said.

MATS, held each year at the Kentucky Expo Center in Louisville, Kentucky, is billed as the largest annual heavy-duty trucking event in the world. This year’s edition, held March 26-28, drew a record 81,768 attendees.

After sitting out next year’s show, DTNA, Volvo and Navistar have all said they intend to return to MATS in 2017 and would like to see the show move to a biennial schedule.

Young, however, said MATS will continue to take place at the Kentucky Exposition Center every year through at least 2020 under the terms of its contract with the venue and the city of Louisville.

“MATS has long provided an unmatched environment for attendees to stay up-to-date on important industry issues, connect with manufacturers and suppliers, and look for new products,” he said. “Even with the truck OEM announcements, this environment will continue to exist and thrive. Given the ever-changing nature of the heavy-duty industry, the need for this annual forum is as strong as ever.”

The only major North American truck makers that have yet to announce their plans for MATS are Kenworth Truck Co. and Peterbilt Motors Co., which are both part of Paccar Inc.

Preston Feight, general manager of Kenworth Trucks, said Aug. 26 the company has not decided if it will exhibit at MATS.

He said the company has been in contact with show organizers and that a final decision should be made “in the next few weeks.”

Peterbilt has not yet made any public comments regarding MATS.

Ken Hastings, head of investor relations at Paccar, also said on Aug. 28 that the company has not yet determined whether or not it will attend MATS next year.

Editorial Director Neil Abt contributed to this story.