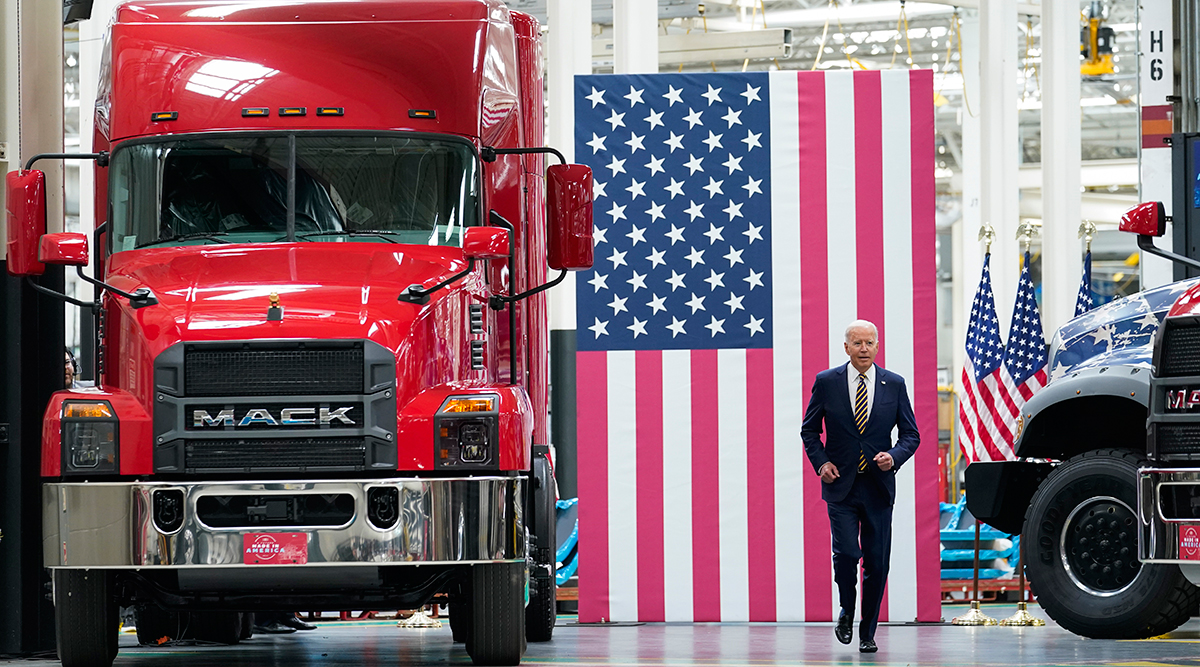 MACUNGIE, Pa. — President Joe Biden pledged to increase investments in American companies and workforce training during a visit to the Mack Lehigh Valley Operations facility July 28, a trip that anchored the White House’s “Made in America Week” campaign.

From the factory floor, the president from a stage situated between a pair of Mack trucks praised the company’s management and personnel, and promoted proposals aimed at boosting domestic manufacturing and federal “Buy American” guidelines.

“We’re going to change the paradigm so working people could have a fighting chance again to get a good education, to get a good job and a raise, to take care of that elderly parent and afford to take care of their children, and stop losing hours of their lives stuck in traffic because the streets are crumbling, or waiting for slow, spotty internet to connect them to the world,” the president said in remarks delivered after a factory tour.

Biden added, “I think a lot of us come from similar backgrounds: moms, dads, brothers, sisters, family. People who get up every day, work hard, raise their families, pay their taxes, serve their communities and serve their country.”

Besides investments in physical infrastructure, Biden affirmed a commitment to promote so-called “human infrastructure” programs, such as child care and education, as well as workforce development. “Hard-working Americans are the ones who are going to make it happen,” he said. “We’ve got to invest in you. We’re the most productive workforce in the world here. Give it half a chance, there’s not a single thing you can’t do.”

On July 26, the White House unveiled “Made in America Week.” In a proclamation to kick off the campaign, Biden said, “The COVID-19 pandemic demonstrated our need for greater manufacturing capacity in areas critical to public health, information and communications technology, and national defense. My administration will maximize the federal government’s use of goods, products and materials produced in, and services offered in, the United States. These purchases will maximize our efforts to empower workers and strengthen unionization, tackle the climate crisis, and build and rebuild critical supply chains so that we will never again have to rely on imports from unreliable trading partners to combat threats to our public health.” 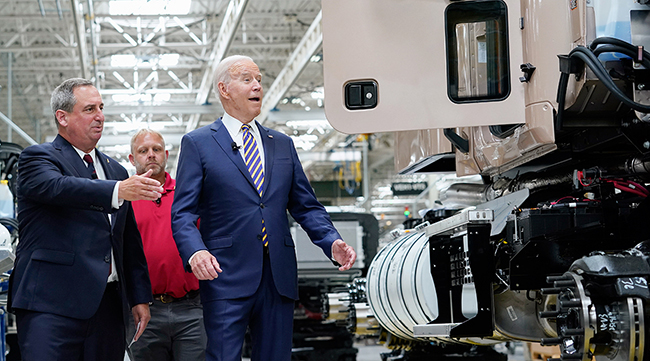 The administration also announced a proposed rule to reform the “Buy American” qualification standard. According to the statute, products bought with taxpayer funds must “substantially all” be made domestically. The proposed rule calls for an immediate increase of the threshold to 60% and a phased increase to 75%. Presently, certain products qualify under “Buy American” provisions with about 55% of the value of component parts manufactured domestically.

According to the White House, the proposal would increase U.S. content in products the federal government buys and support the domestic production of products critical to national and economic security.

“With $600 billion in annual procurement spending, almost half of which is in manufactured products from helicopter blades to trucks to office furniture, the federal government is a major buyer in a number of markets for goods and services, including the single-largest purchaser of consumer goods in the world,” the White House said.

Biden also discussed with the audience of about 200 individuals an agreement reached that day by congressional policymakers to proceed with comprehensive infrastructure legislation. On July 28, the U.S. Senate voted to begin the consideration of comprehensive infrastructure legislation that would provide about $500 billion of new funding for big-ticket transportation projects.

“I’m working with Democrats and Republicans to get this done because, while there’s a lot we don’t agree on, I believe that we should be able to work together on the few things we do agree on. I think it’s important,” Biden said. His “build back better” infrastructure agenda seeks to invest more than $1 trillion to modernize the country’s mobility networks, as well as strengthen the resilience of supply chains. 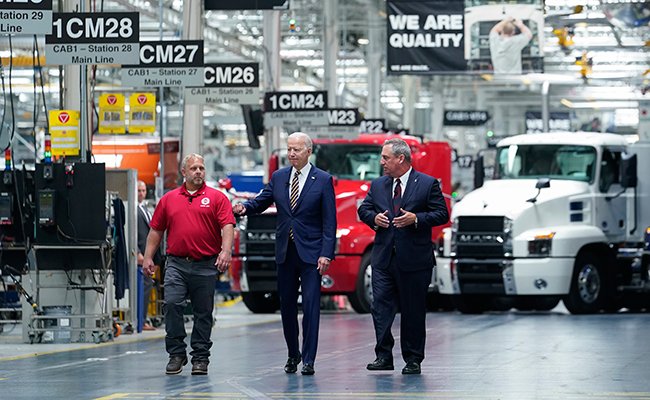 On cybersecurity, the White House also issued a memorandum pertaining to critical infrastructure systems. Responding primarily to the May cyberattack on Colonial Pipeline’s petroleum distribution operations, the Biden administration announced the Department of Homeland Security and other agencies will develop cybersecurity performance objectives meant to assist companies that provide power, water and transportation.

Additionally, the administration established the president’s “Industrial Control System Cybersecurity” initiative, a voluntary collaboration between federal agencies and critical infrastructure stakeholders. The initiative is designed to facilitate deployment of technology and systems that provide threat indicators, detections and warnings.