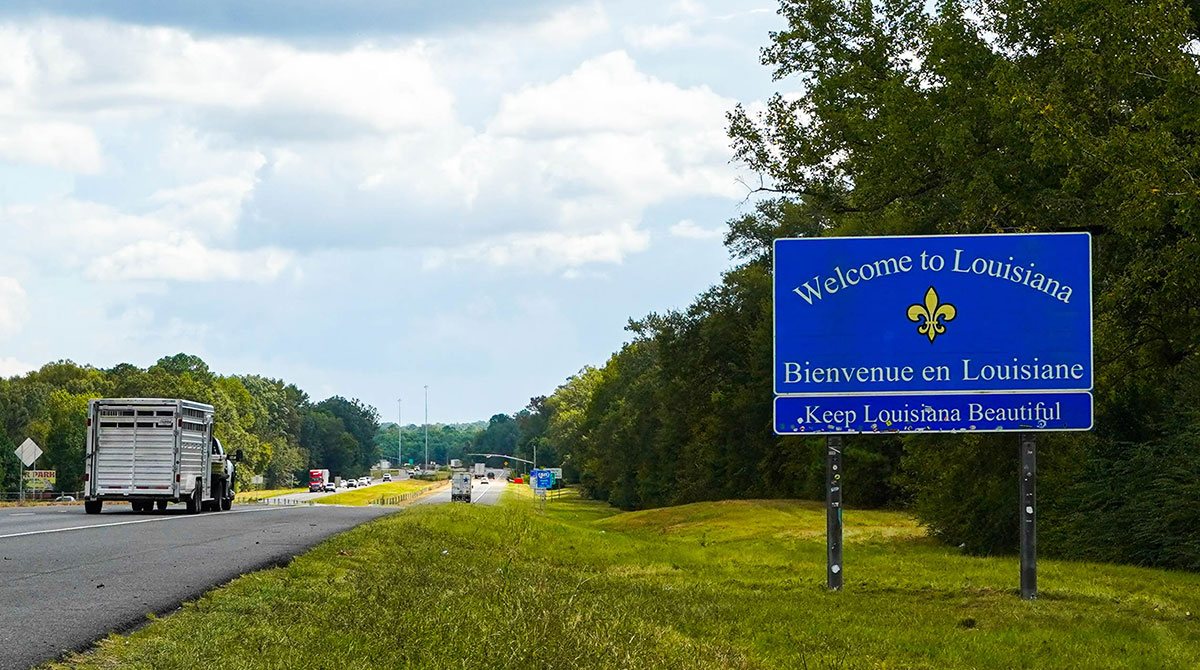 A sign welcomes motorists to Louisiana, which is investing in many of its bridges. (Christine_Kohler/Getty Images)

To stem the tide against state closures of unsafe bridges, Louisiana will receive $270 million in federal funds to fix locally owned off-system bridges.

Gov. John Bel Edwards joined state Department of Transportation and Development officials Oct. 5 to tour a deficient, locally owned bridge in East Baton Rouge that was load posted in January. It is one of 500 bridges eligible for federal funding through the bipartisan infrastructure law.

Edwards announced the funding will help rehabilitate locally owned bridges deemed off-system since they belong to cities and parishes rather than the state.

“The ability to fully fund these bridge projects will benefit thousands of residents across the state of Louisiana, many of them in rural areas,” Edwards said.

To expedite funding for refurbishments, DOTD has contracted with consultants to work with parish officials in each of the nine DOTD districts to determine what bridges will be repaired or replaced that meet federal eligibility requirements.

“Bridges connect communities and, with an aging infrastructure system, we are actively working to ensure continued connectivity for all types of road users in these parishes,” said DOTD Secretary Shawn Wilson. “Executing a consultant contract for each district will allow us to speed up the project development process and make the most of this historic investment in our infrastructure system while relying on local leadership for prioritization.”

In January, the U.S. Department of Transportation launched a $26.5 billion bridge formula grant program administered by the Federal Highway Administration to repair off-system bridges as well as 15,000 highway bridges.

Louisiana is expected to receive $1 billion over the next five years in FHWA bridge formula funds.

Under the program, states can seek funds to pay for 100% of the costs to fix or replace off-system bridges instead of having to match up to 20% of the federal dollars with state or local funding.

Louisiana has the third-largest bridge infrastructure in the nation with 7,846 state-owned bridges, of which 795 need major rehabilitation or replacement.

Many of the state’s bridges, including those on interstates, are 45 to 65 years old.