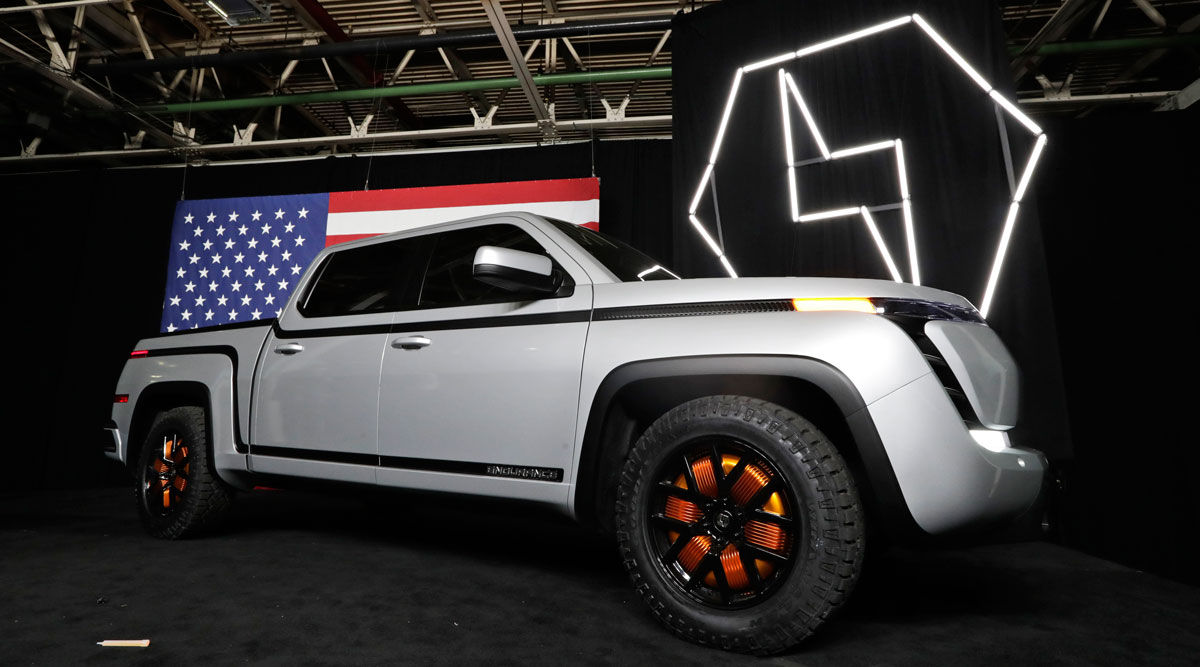 The Lordstown Motors Endurance electric pick-up is seen at a launch event in Ohio on June 25. (Tony Dejak/Associated Press)

Lordstown Motors Corp., the electric-truck startup that stepped in to save a shuttered General Motors Co. factory in Ohio, will be listed on the Nasdaq and gain an infusion of $675 million through a merger with a publicly traded funding vehicle.

The company will trade under the symbol RIDE after the deal with DiamondPeak Holdings, it said in a statement Aug. 3. Lordstown plans to use the proceeds to fund production of its Endurance electric pickup truck at the former GM plant, which is expected to begin in the second half of next year.

The startup’s deal with the blank-check company is the latest in a series of reverse mergers that have supercharged electric-vehicle startups with little to no revenue by taking them public in one quick transaction. So-called special purpose acquisition companies have acquired and funded the ambitions of electric-vehicle makers Nikola Inc. and Fisker Inc. in recent months.

“That should get us all the way to the finish line,” Lordstown Motors founder and CEO Steve Burns said in a phone interview. “It will get us into production and also help bring new models quicker than we could have.”

The transaction, which is expected to close in the fourth quarter, includes an investment of $75 million from GM. The combined entity would have a value of $1.6 billion, Lordstown said. GM’s stake will be significant but less than 10%, Burns said.

DiamondPeak is controlled by David Hamamoto, a former executive at Northstar Realty, and Mark A. Walsh, a former real estate banker at Lehman Brothers and now a partner at investment fund Silverpeak.

Lordstown Motors purchased the factory after GM decided to close the plant, which was founded in 1966. Its closure was a liability for President Donald Trump, who a year earlier went so far as to discourage rally-goers from selling their homes because of all the jobs he would bring back to the area.

Burns said he has been staffing the plant with contractors while getting ready to start production but won’t begin replacing them with full-time workers. He said he will need 600 production employees and as many as 400 engineers to get the old Lordstown plant running.

When GM made the Chevrolet Cruze compact in the plant, it employed about 3,000 workers on several shifts. It gradually downsized output as demand for small cars declined, and closed the plant in 2019.

His plan is to build 20,000 trucks in the first full year of production. The company has a letter of intent from potential customers for 27,000 vehicles, he said.