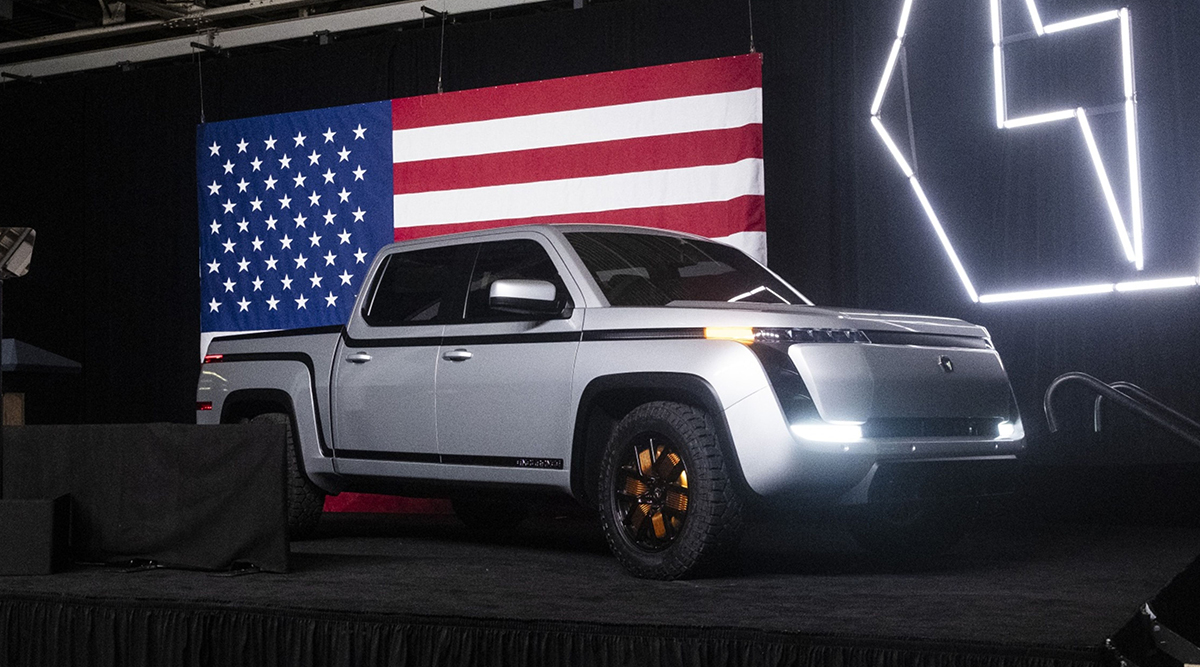 Lordstown Motors Corp., the electric-vehicle startup struggling to find cash to move into production, reached a deal to sell as much as $400 million in stock over the next three years to an investment fund managed by Yorkville Advisors Global.

The terms allow the Ohio-based truck maker to direct the fund to buy a tranche of Class A shares equal to as much as 30% of a day’s trading value of the stock or a block of $30 million, the EV maker said in a regulatory filing July 26. When those sales take place, the buyer benefits from a 3% discount off the stock’s three-day average market price.

The access to capital comes at a time of reckoning for the truck maker, which flagged in June that it may not be sustainable as a “going concern” without cash. Lordstown confirmed this month that it’s being probed by the U.S. Justice Department and the Securities and Exchange Commission about claims it exaggerated potential sales of its electric Endurance pickup as it tries to move toward limited production in September.

The deal’s structure makes it unlikely Lordstown would receive the full $400 million, RBC Capital Markets Analyst Joseph Spak wrote in a note to clients July 26. Restrictions on the percentage of shares the company can sell suggest the most it could raise at its current stock price — a bit north of $7 — is about $260 million. Shares would have to rise close to $12 to get the full amount, he said.

“The negatives are the dilution, a seeming indication that a traditional underwritten deal is not an option right now,” wrote Spak, who rates the stock as underperform and estimates the company needs some $2.25 billion through 2025. “While this agreement helps, we believe it’s not nearly enough.”

Lordstown shares fell about 1% to $7.41 in late-day trading in New York and have plummeted about 63% this year.

The mechanism, akin to an equity-line-of-credit, is not unique to Lordstown among companies trying to build alternative-powered vehicles. On June 21, Nikola Corp. reached a similar deal to sell up to $300 million worth of stock to Tumim Capital, it said in regulatory filing. Nikola paid Tumim about $2.65 million of shares upfront as a sweetener. In return, Nikola holds the right to demand Tumim buy its shares at a time of its chosing and at market price minus 3%, but can’t demand the full $300 million in one go.

Under terms of Lordstown’s deal, the investment fund — called YA II PN Ltd. — cannot hold a stake of more than 4.99% of the company. It also has no right to demand sale of the shares and is obliged to buy them as directed by Lordstown. The fund’s manager, Yorkville, is based in Mountainside, N.J.

The equity agreement “is the first step taken by the new leadership at Lordstown Motors Corp. to ensure that the company has the financing it needs to succeed over the long term,” Kimberly Spell, a spokeswoman for Lordstown, said in an email. New managers are exploring other financing avenues, including “non-dilutive private strategic investments and debt,” she said.

Lordstown, which acquired a defunct General Motors Co. plant in Ohio in 2019, parted ways with founder and CEO Steve Burns and finance chief Julio Rodriguez in June. The board concluded that they misstated preorders for the truck. The company is looking for permanent replacements for both positions. The company went public in November through a merger with special purpose acquisition company DiamondPeak Holdings that netted the startup $675 million.

Executives told investors on an earnings call in May that it was talking to strategic investors to secure more funding because costs had exceeded its prior expectations and further production of the trucks would depend on its ability to secure outside funding.

The startup said last month it expects to build between 15,000 and 20,000 electric vehicles with cash on hand through May of next year after initial production starts up in September.