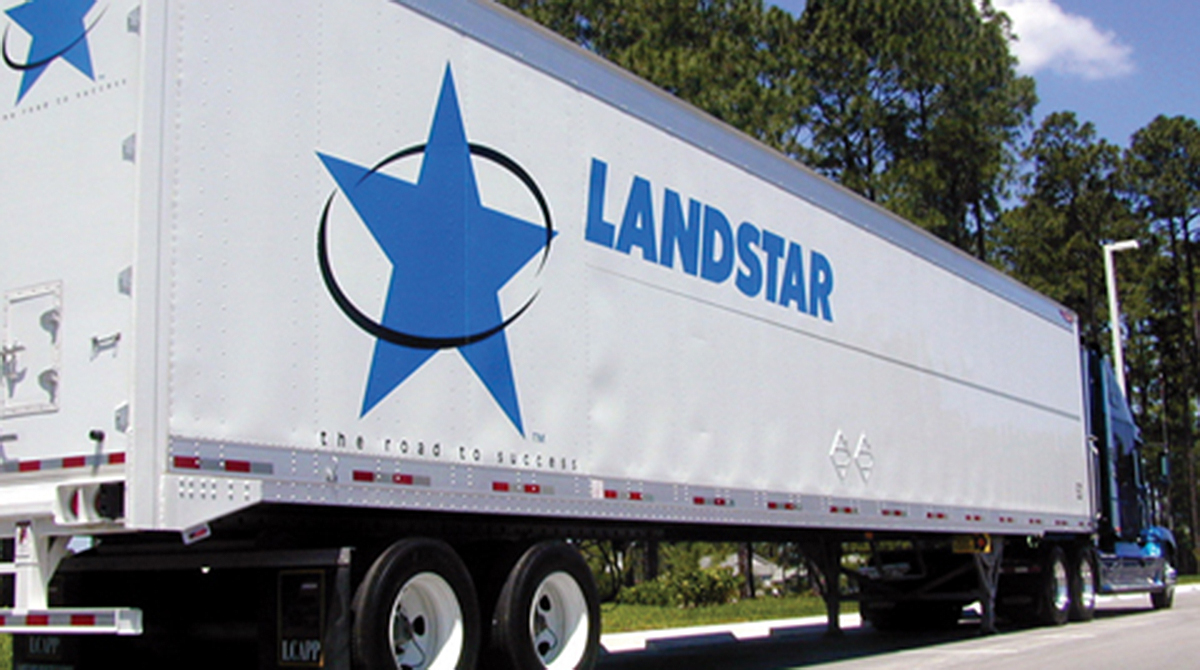 Landstar System reported its best first quarter with revenue jumping 34.2% to $1.05 billion and profits reaching a record $57.5 million, or $1.37 a share, as demand for freight hauling continued to strain truck capacity in the market.

The bullish outlook led the board of directors to boost the quarterly dividend from 10 to 15 cents a share to shareholders of record May 10.

In addition, the number of loads hauled via rail, ocean and airfreight carriers was up 20% in the most recent quarter.

Pricing was also better as revenue per load increased 24% for van shipments and 17% for flatbed loads, Gattoni said.

Landstar also set a record for the number of trucks provided by independent owner operators, or what the company calls business capacity owners, with a total of 9,868 at the end of the first quarter.

Gattoni said he expects growth to continue, with truck loads increasing between 10% and 12% in the second quarter and revenue per load gains to be in the range of 19% to 22%.

Revenue in the second quarter is projected to be in the range of $1.12 billion to $1.17 billion.

Landstar, based in Jacksonville, Fla., ranks No. 9 on the Transport Topics Top 100 list of largest for-hire carriers in North America.