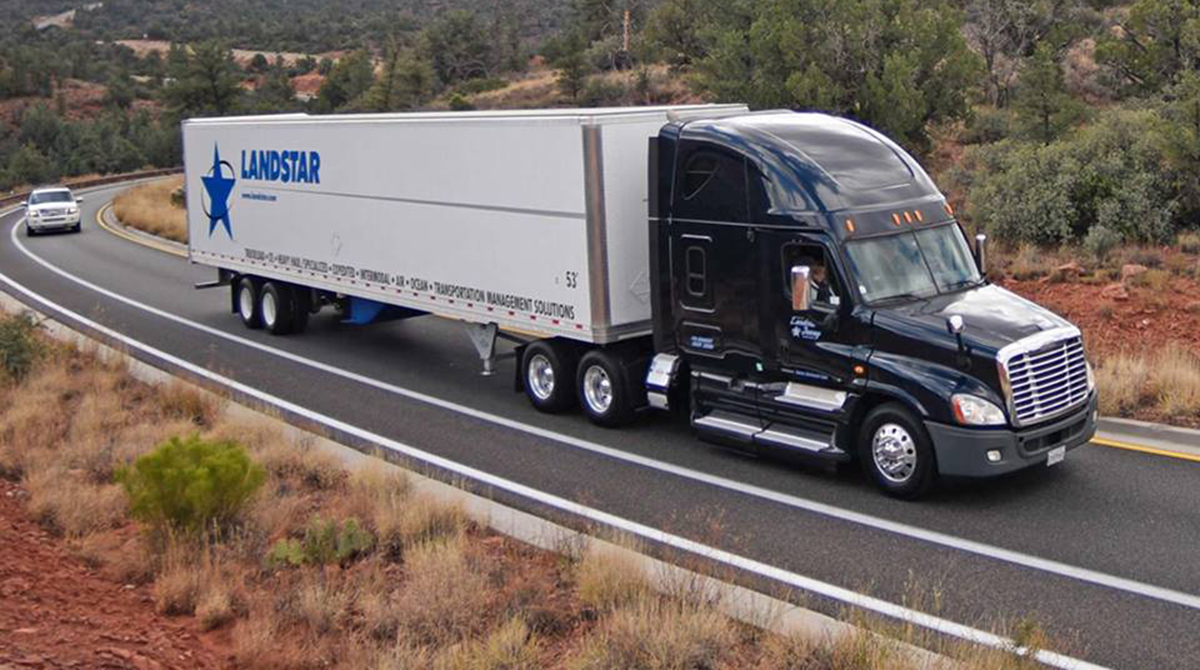 Landstar System said it reached a key milestone in the fourth quarter of 2017 with revenue topping $1 billion for the first time and earning record profits from its asset-light trucking and freight brokerage operations.

The Jacksonville, Fla.-based company also posted a one-time benefit of $19.5 million, or 46 cents a share, to reflect new lower tax rates and raised its quarterly dividend to shareholders from 10 to 15 cents a share.

CEO Jim Gattoni said the number of loads hauled by truck in the fourth quarter set a record of 1.9 million, despite the fact that the 2016 fourth quarter had one additional week of operations and there was less disruption because Christmas fell on a weekend.

Gattoni said a combination of strong demand and tight capacity resulted in double-digit gains in revenue per load in each of the final three months of the year, and with load growth in the high single-digit range continuing in the first three weeks of January.

“I expect that trend to continue throughout the 2018 first quarter,” Gattoni noted.

Overall, Landstar reported net income of $64.8 million, or $1.54 a share, on revenue of $1.05 billion in the fourth quarter. Excluding the impact of the change in deferred tax liabilities, the company earned $45.2 million, or $1.08 a share.

Landstar ranks No. 9 on the Transport Topics Top 100 list of the largest for-hire carriers in North America.