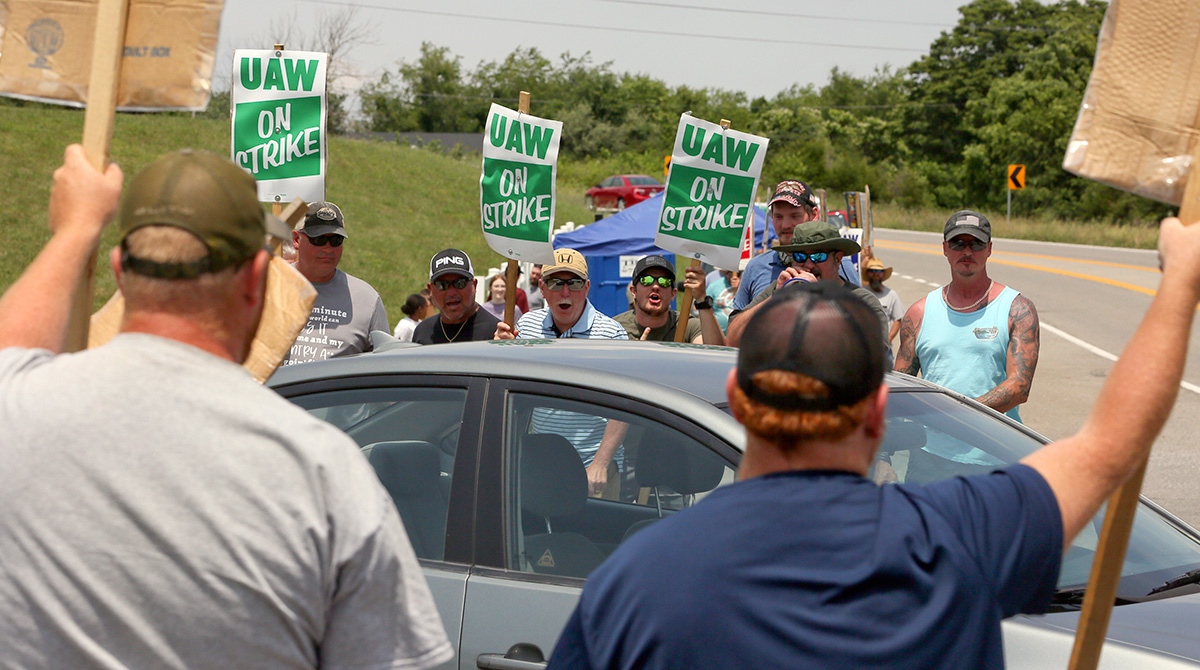 NORFOLK, Va. — When negotiations failed to produce a new contract at a Volvo plant in Virginia this spring, 2,900 workers went on strike.

The company soon dangled what looked like a tempting offer — at least to the United Auto Workers local leaders who recommended it to their members: Pay raises. Signing bonuses. Lower-priced health care.

Yet the workers overwhelmingly rejected the proposal. And then a second one, too. Finally, they approved a third offer that provided even higher raises, plus lump-sum bonuses. 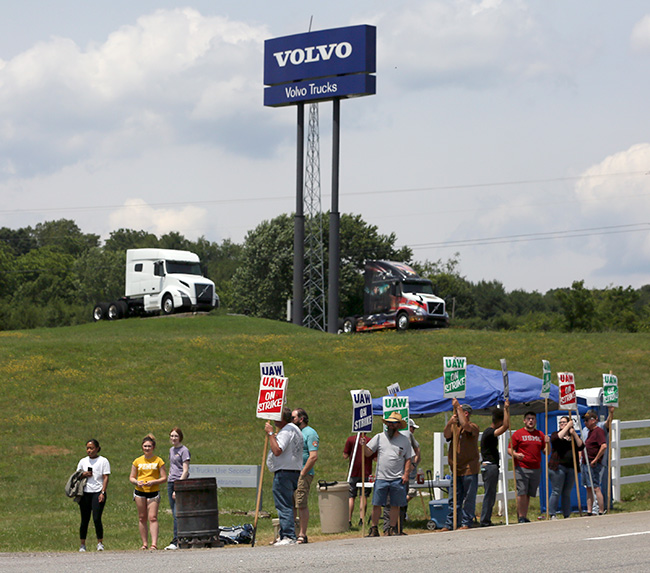 For the union, it was a breakthrough that likely wouldn’t have happened as recently as last year. That was before the pandemic spawned a worker shortage that has left some of America’s long-beleaguered union members feeling more confident than they have in years.

With help wanted signs at factories and businesses spreading across the nation, in manufacturing and in service industries, union workers like those at the Volvo site are seizing the opportunity to try to recover some of the bargaining power — and financial security — they feel they lost in recent decades as unions shrank in size and influence.

“We were extremely emboldened by the labor shortage,” said Travis Wells, a forklift driver at the Volvo plant in Dublin, Va. “The cost of recruiting and training a new workforce would’ve cost Volvo 10 times what a good contract would have.”

In addition to 12% pay raises over the six-year contract, the Volvo deal provided other sweeteners: Many of the union workers will be phased out of an unpopular two-tier pay scale that had left less-senior workers with much lower wages than longer-tenured employees. All current workers now will earn the top hourly wage of $30.92 after six years. And by holding out as long as they did, the workers achieved a six-year price freeze on health care premiums.

Volvo conceded that it has had difficulty finding workers for the Virginia plant but says it offers a strong pay and benefits package “that also safeguards our competitiveness in the market.”

The improvements achieved by the Volvo workers in Virginia provided a case study of how union workers may be gaining leverage as companies scramble to find enough workers to meet customer demand in an economy that has been steadily recovering from the pandemic recession.

The growing demand for labor also has benefited lower-paid workers at restaurants, bars and retailers. But the financial gains for union workers mean that a category of jobs that long has been seen as supportive of a middle-class lifestyle may now be moving closer to that realty.

Chris Tilly, a labor economist at UCLA, said the shortages among burger-flippers and cashiers is notable “because those low-end jobs more typically have a labor surplus.”

“But there are also shortages,” Tilly noted, “at higher skill levels — including jobs where there are chronic shortages like nurses, machinists and teachers.”

In Ventura County, Calif., 37 transit workers voted in July to join the Teamsters. They plan to negotiate with management to seek higher pay and eliminate split work shifts. Ruby McCormick, a bus driver who voted to join, said the booming job market was a big factor in her decision.

“Several years ago, before I came on to the company, there was an attempt to have the union, but it was voted down,” she noted. “This time, we actually passed by a landslide.”

For years, companies in most unionized industries have commanded an upper hand. During the slow, grinding economic recovery that followed the 2008-09 Great Recession, they negotiated concessions and held down pay raises. Rising health care costs further diluted wages.

By contrast, this recovery has produced an unexpected labor shortage and given many workers more bargaining power than they’ve had since the 1980s, said Susan J. Schurman, who teaches labor studies at Rutgers University.

Schurman noted that the current worker shortage has compelled many employers to raise pay.

“Typically, when they have to do that to hire somebody, they kind of have to do it to keep the people they have,” she said. “So you get kind of an across-the-board wage effect.”

Unions also may be benefiting from frustration among working-class Americans over wages that, adjusted for inflation, have been stagnant for decades. That discontent helped drive President Donald Trump’s 2016 election victory, particularly in states in which auto and steel industries once thrived — as well as the outsize support for Sen. Bernie Sanders (I-Vt.), who ran for president as a Democrat.

“They simply have not benefited from the economy over the last three decades,” Schurman said of many American workers. “That anger is going to go somewhere. And if I were a union organizer right now, I’d be really excited.” 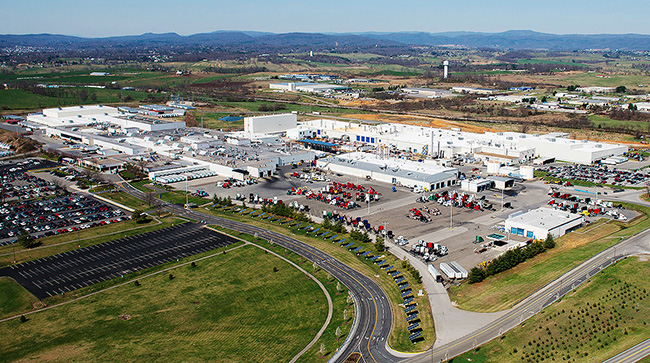 During the contract talks with Volvo Trucks, workers felt more confident about demanding a better contract because other jobs were open, noted Mitchell Smith, regional director for the UAW in the South.

An expanded footprint could help unions organize in places where they haven’t been welcome before. Citing growing interest in membership, the 1.4 million-member Teamsters union says its organizing unit is eyeing Amazon’s vast warehouse and distribution operations. Much is at stake for the Teamsters. Amazon is expanding its own distribution network, striking at the union’s heart — transportation and package workers — and relying less on UPS Inc., the largest employer of Teamsters members.

Martin Rosas, a union leader for the United Food and Commercial Workers in Kansas and parts of Missouri and Oklahoma, said that meat packing workers seized the opportunity created by the labor shortage and the dangers of COVID to negotiate pay increases for some skilled positions.

Still, to gain major victories on a widespread scale, unions will need much more time. Last year, there were only eight strikes involving 1,000 or more workers, said Joseph A. McCartin, a Georgetown University history professor who studies labor unions. From 1960 to 1980, a period when organized labor commanded far more influence, the average annual total, McCartin said, was 282.

The Labor Department reported in January that the percentage of workers who were union members rose 0.5 percentage point last year to 10.8%. And that was due mainly to fewer union workers losing jobs during the pandemic than nonunion workers. Union membership has fallen from 20% of the work force in 1983, the last year for which comparable data is available.

Lagging wages have been a sore point for unions for years. Worker productivity has grown faster than average pay for four decades, McCartin noted, with the benefits going disproportionately to executives and corporations, not rank-and-file employees.

That said, some experts say it is far from clear that any leverage that workers now may be gaining will endure. As the economy began to emerge from the pandemic, businesses were opening faster than people were returning to work. But Tilly, the UCLA professor, suggested that the job market is likely to slow in the coming months — and once it does, workers may lose some bargaining power.

“As long as the economy is growing — and growing at a relatively vigorous pace — that’s going to continue helping workers, and for that matter dealing unions a better hand, too,” Tilly said. “But we are not necessarily in a new era that’s going to look exactly like it has for the last few months.”