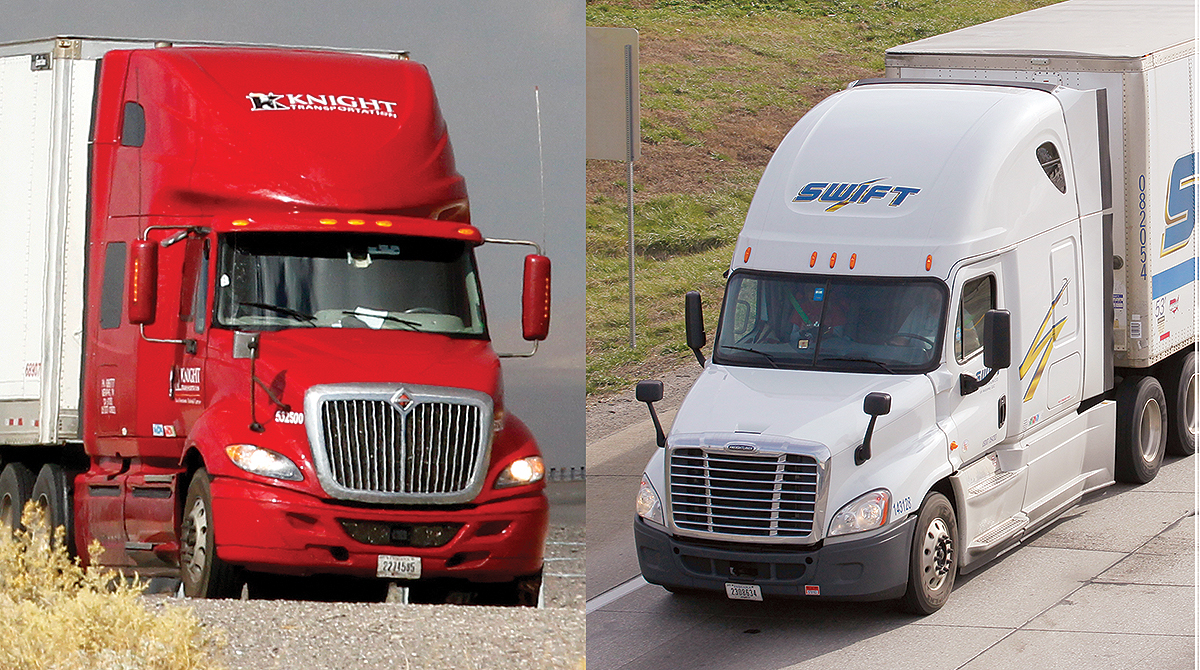 Knight-Swift Transportation Holdings reported higher profits and revenue in the fourth quarter of 2018 with improvement noted across all of its business units.

The company’s truckload business, which provides dry van, refrigerated, dedicated, drayage, flatbed and cross-border transportation services, operated at an 80.9 adjusted operating ratio in the fourth quarter, compared with 85.8 in the same period a year ago.

The operating ratio is calculated by dividing operating expenses by revenue and is a basic measure of efficiency in trucking.

Knight-Swift said the total number of tractors in its truck fleet has stabilized and averaged 18,828 during the fourth quarter.

Company officials said in a statement that strong demand in the fourth quarter supported increases in contract and noncontract rates and that the company expects further increases in 2019, although at a slower pace than in 2018.

“We continue to see opportunities in our trucking segments to improve yields, increase revenue per tractor and enhance our ability to source and retain drivers without compromising our commitment to improve safety,” the company said.

Knight Logistics generated adjusted operating income of $9 million in the fourth quarter of 2018, more than double the $3.9 million a year ago. Gross revenue surged 47.5% to $97.2 million from $65.9 million.