Included in the announcements at Kenworth’s headquarters here was a newly optimized T680 Advantage day cab. Chief Engineer Kevin Baney said it offers up to a 6% fuel -conomy gain over a nonoptimized T680 day cab  — 1% from aerodynamics and 5% from the powertrain. 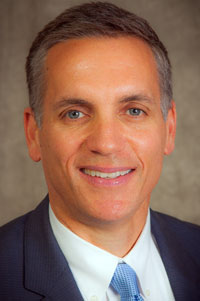 Dozier, meanwhile, said he concurred with the growing consensus that U.S Class 8 retail sales will finish the year at 220,000 to 240,000 units.

That is below earlier estimates and has resulted in some production cutbacks since the end of last year. He attributed the “rate pressures” fleets are facing this year for the slower-than-projected market.

Still, Dozier pointed out 2016 likely will finish among the top five on record, making it “overall a good year.” He said cement mixer and dump truck sales to support the expanding construction sector have been particularly strong.

Dozier also said 45% of Kenworth’s truck orders are spec’d with the Paccar MX-13 or MX-11 engines. Paccar is the parent company of Kenworth and Peterbilt Motors.

Dozier took over as Kenworth’s general manager in April after three years as managing director of Paccar Australia. He replaces Preston Feight, who was promoted to president of DAF Trucks in Europe.

Dozier called the Australian market “arguably the most competitive in the world,” with 16 truck brands. Despite being nearly identical in land mass to the United States, the population of Australia is 24 million, compared with 320 million in the United States.

The longer distances between major population centers requires road trains and higher productivity vehicles than in the United States.

Road infrastructure in Australia is “good, but not as developed by any means as what we have in the United States and lower portions of Canada,” he said.

“It is not often in a career you get to see an entirely new product platform come to life,” he said.

The success of those trucks means Kenworth will sunset the T660 at the end of 2016, said Jason Skoog, Kenworth assistant general manager for sales and marketing. There will be a final production run of 500 units for the model that has been ordered 60,000 times since its introduction in 2007.

Baney, the current chief engineer, also announced the company has received three grants totaling $8.6 million from the U.S. Department of Energy and California Air Resources Board for low-emission projects.

Kenworth plans to build two T680 drayage tractors to transport freight from the ports of Los Angeles and Long Beach, California, to warehouses and rail yards along the Interstate 710 corridor. One hybrid-electric truck will use compressed natural gas to generate electrical power, and the other will feature a hydrogen fuel cell. The trucks will have an all-electric range of 30 miles.

Baney said advancements from these grants and the expected next phase of DOE’s SuperTruck program can further lift fuel economy and cut emissions.

He also reported about 30% of T680 orders in production include the Bendix Wingman Fusion system of collision mitigation, lane departure warning, stationary braking and overspeed alerts.

The Wingman Fusion system was demonstrated on the 1.6-mile test track at the Paccar Technical Center in Mount Vernon, Washington, 70 miles north of Kenworth’s headquarters. The latest addition to the center is the climatic dynamometer facility, which simulates extreme temperatures and altitudes for vehicle testing. It is one of two such facilities in North America, Baney said.