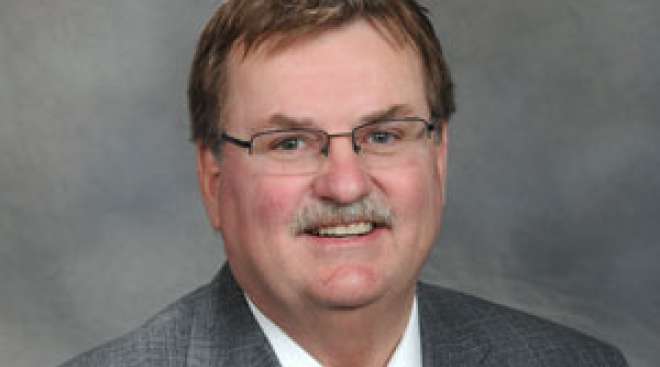 King has been in his position since March 2012 after serving as the owner of King Enterprise Group beginning in 1991.

“It has been a pleasure to work with the governor for these past four years in providing a transportation network that meets the needs of all Kansans,” King said in a statement issued by Brownback’s office. “I have enjoyed the opportunity to serve my home state and am proud of the accomplishments by the entire KDOT and [Kansas Turnpike Authority] team members.”

Added Brownback, “I am grateful for the vision and leadership of Mike King. His experience and construction knowledge have been instrumental in maintaining our nationally recognized highways. I appreciate Mike’s dedication to serving the people of Kansas.”

Despite King’s background in construction, during his tenure, Brownback and the Legislature continued to divert hefty sums from sales tax revenue designated for highways and bridges, including $553 million this year, because of a deficit in the state’s overall budget. The latter move prompted Moody’s Investors Service to downgrade its outlook for Kansas highway bonds from stable to negative.

“During Secretary King’s tenure as Kansas Secretary of Transportation, because of leadership of the Administration and Legislature, the 8-year T-Works transportation program passed in 2009 is in shambles and KDOT has taken over leadership of the Kansas Turnpike Authority. Secretary King was responsible for creating at Statewide Freight Advisory Committee to address future freight planning. This has been a positive for both shippers and transportation companies. During the debate on restructuring the Kansas Turnpike Authority, KMCA was successful in assuring that toll revenue was spent only on turnpike projects,” Tom Whitaker, Executive Director, Kansas Motor Carriers Association said in an e-mail.

“While I believe Secretary King has done a good job leading KDOT, his hands have been tied by the current Administration. KMCA wishes him the best as he returns to the private sector.” said Whitaker.

Brownback named former state Rep. Richard Carlson interim secretary. Carlson, who served in the legislature for 10 years, has been the legislative liaison for Kansas’ Department of Revenue.