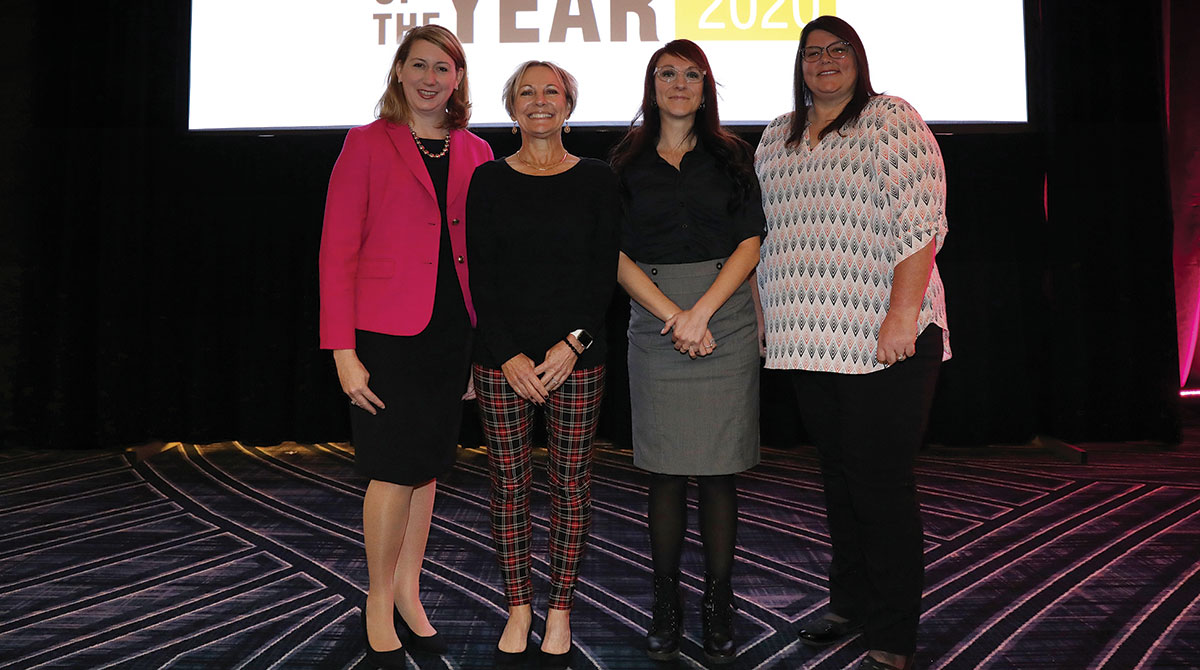 NASHVILLE, Tenn. — Gina Bartley, the director of recruiting at John Christner Trucking, was named the Transport Topics Recruiting Professional of the Year at the annual Recruitment and Retention Conference.

The award, which recognizes recruitment professionals who have excelled in their fields, was presented after a 50-minute panel discussion during which nominees discussed the challenges of recruiting drivers and other professionals during the global COVID-19 pandemic.

Conversion Interactive Agency, a firm specializing in recruitment for trucking, hosts the annual event in conjunction with Transport Topics and American Trucking Associations. 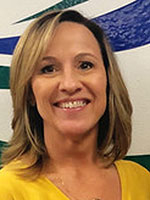 Mackenzie Melton, a recruiting and retention specialist with Garner Trucking Inc., and Lesley Vincent, a field recruiting supervisor with Melton Truck Lines, were the other finalists for the award.

Jean McGuire, a recruiting manager with John Christner Trucking, accepted the award on behalf of Bartley, who was unable to attend.

During the panel, discussion focused on considerations recruits raise when mulling a career in trucking. The panelists agreed that managing driver expectations and ensuring that prospective hires and operations teams have accurate information were important, especially as recruiting has become more competitive. Making things tougher are a smaller pool of drivers as retirements increase, and the shutdowns of driver training schools and state departments of motor vehicles during the pandemic that stymied the flow of new entrants.

Congratulations to Gina Bartley, Director of Recruiting at @drivejct on being named the @TransportTopics Recruiting Professional of the Year! #RRConf2021 — Conversion Interactive Agency (@ConversionIA) November 9, 2021

“We did a lot of webinars and online videos, called the ‘Melton Minute,’ and they were very successful. These were educational, three and four minutes, and our students really appreciated them,” Melton’s Vincent said. “Everyone knows face-to-face is the way to go. The schools that we couldn’t go to, we did virtual presentations. We stuck with those, and eventually, the schools started having students back in class. It’s easier in a classroom setting.”

Christner Trucking’s McGuire noted that the role truckers have played during the pandemic has significantly improved the image of trucking, which has made recruiting easier.

“There has been an increase in people reaching out wanting to get [CDLs], and any way you can help them, point them in the right direction — they’re a future driver, [so] make sure you consider that when you’re talking to people,” she said. “There is an increase in the number of people wanting to step into this industry or looking at the opportunity to change careers at this time.” 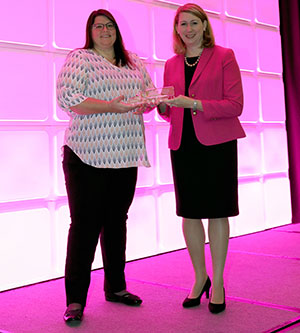 Garner’s Melton said her company is focusing on recruiting drivers from within the company, and doing more to retain the existing drivers by increasing salaries and interacting more with drivers to let them know they are valued. She also noted that lifestyle issues are at the forefront for many drivers.

“We did have many drivers that started to see those home date-style lanes as attractive,” she said. “We are more or less a regional style carrier. So, we evaluated our lanes just to determine if we could offer some relay-style routes and change these lanes to benefit the drivers.”

The recruiters noted they were fielding numerous calls daily from candidates regarding their company’s policy concerning the proposed federal mandate for COVID-19 vaccinations.

“I don’t know how many calls I have received asking how large a carrier we are and if we require the vaccine,” Melton said. “It’s definitely going to be challenging.”

The mandate from the Occupational Safety and Health Administration, which OSHA suspended and which has been stayed by a federal appeals court, would require mandatory vaccines for companies with 100 or more employees.

“Now the first question I get is, ‘What is your company’s policies on vaccinations?’ ” Vincent said.

While the mandate proposal may present a hurdle, the panelists all were encouraged that the infrastructure bill signed Nov. 15 by President Joe Biden contained a three-year pilot program to train drivers under age 21 to drive interstate.

“We need them, and we need to make this job attractive for them. A lot of young people want to get into trucking,” Garner’s Melton said. “We need to start talking to young people in middle school and high school about trucking. When someone graduates at 18, and they can’t get their Class A and start their career in trucking until they’re 21 or even 25, it does push those high school graduates to other industries.”