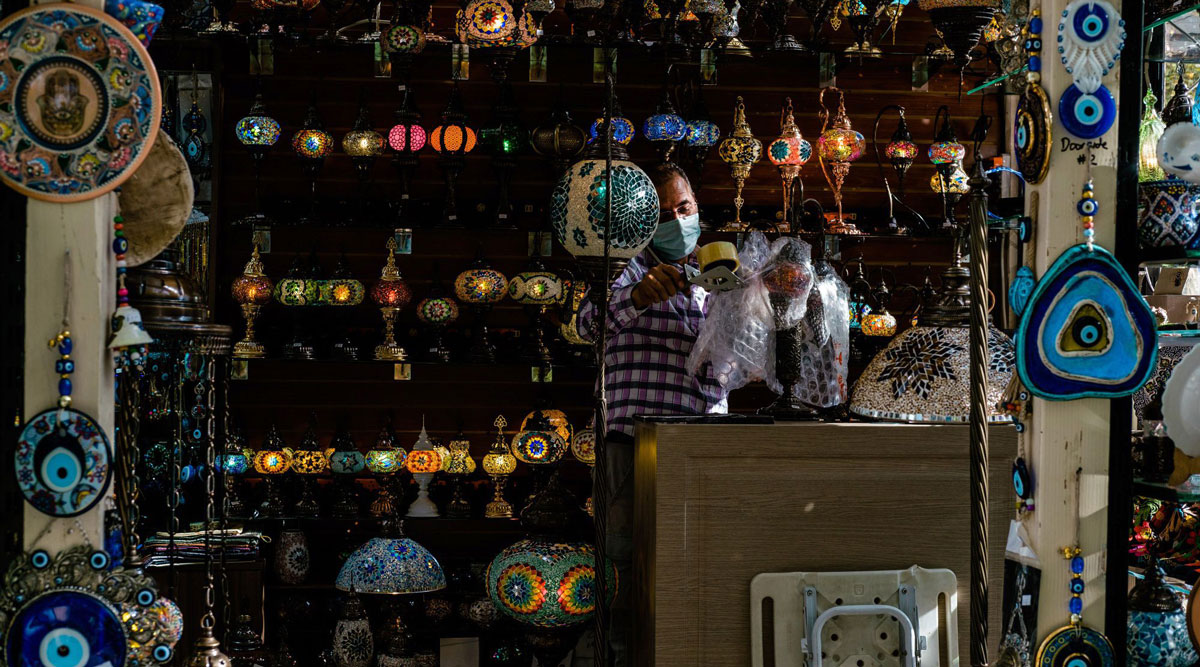 Applications for U.S. state unemployment benefits fell last week, signaling that job cuts may be easing after rising in December and early January.

New York and Pennsylvania, which both reported decreases from the prior week, commented to the Labor Department that they saw fewer layoffs in the transportation and warehousing sector.

Continuing claims — an estimate of the number of Americans filing for ongoing unemployment benefits — dropped by 203,000 to 4.77 million in the week ended Jan. 16. Bloomberg’s survey of economists had called for 875,000 initial claims and 5.09 million continuing claims. 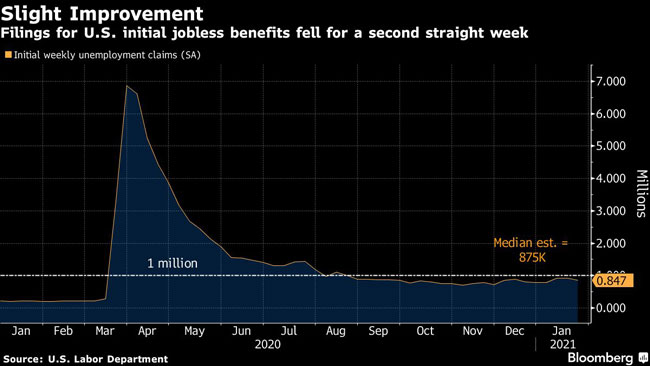 California this week lifted stay-at-home orders and New York State said some restrictions can be eased, which could stem some job cuts in the coming weeks.

A separate report Jan. 28 showed that the economy downshifted in the final three months of 2020 after record third-quarter growth. Gross domestic product expanded at a 4% annualized rate in the fourth quarter, according to a preliminary estimate released by the Commerce Department, though transportation services dipped 0.09%.

U.S. stock futures and yields on the 10-year Treasury edged higher after the government releases.

While the economy has been steady in areas including housing and manufacturing in recent months, the labor market has struggled to bounce back, especially due to weakness in the services sector.

Federal Reserve Chair Jerome Powell emphasized on Jan. 27 after policymakers met that the path of the economy continues to depend significantly on the course of the virus.

“A resurgence in recent months in COVID-19 cases, hospitalizations and deaths is causing great hardship for millions of Americans and is weighing on economic activity and job creation,” Powell said.