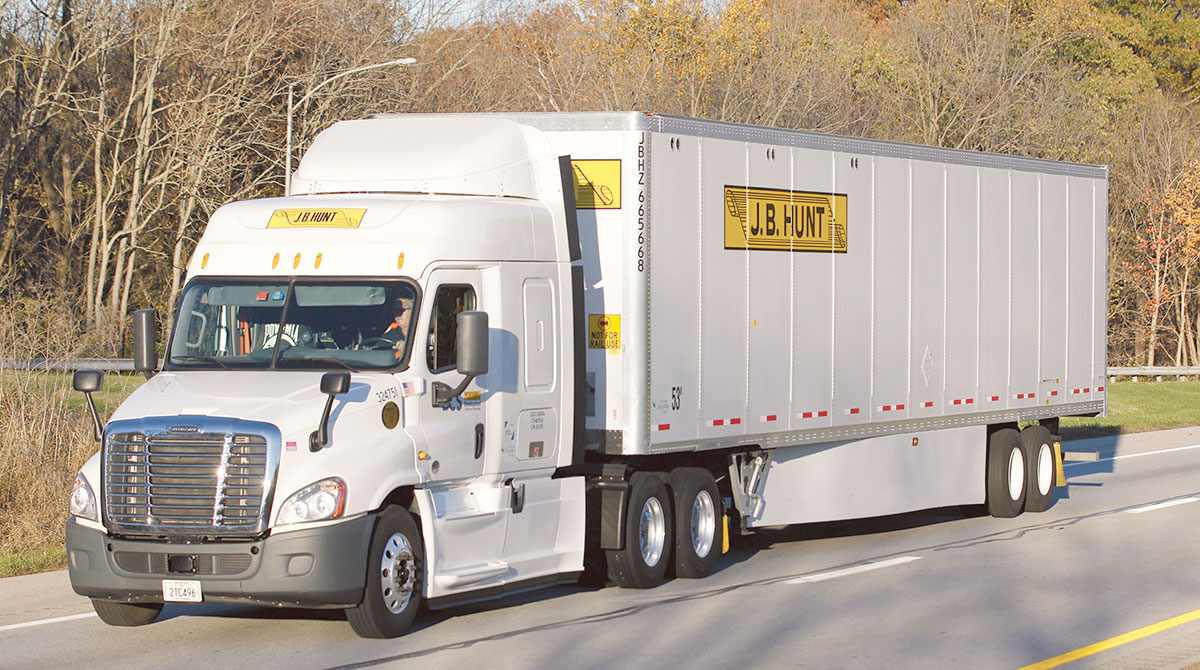 A J.B. Hunt truck on the road. (John Sommers II for Transport Topics)

J.B. Hunt Transport Services Inc. on July 19 posted earnings and revenue growth for the second quarter that was driven by strong segment results.

The Lowell, Ark.-based transportation and logistics company reported net earnings of $255.3 million, or $2.42 a diluted share, for the three months ending June 30. That compared with $172.2 million, $1.61, during the same time the previous year.

“Our results for the quarter continued to reveal the changes we have worked to implement, to enhance our position as a company based on lessons learned and experiences gained over many years,” J.B. Hunt CEO John Roberts said during a call with investors. “There are different characteristics of our business segments that should be complementary to the needs of our customers in all economic conditions.” 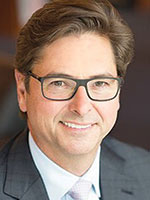 “At this point we have made no alterations to our plans for the year in our equipment and capital expenditure allocations,” Roberts said. “While we acknowledge there are timing and delivery challenges, we take a long view and know that we have extended needs in all categories for replacement and growth assets.”

The results surpassed expectations by investment analysts on Wall Street, who had been looking for $2.31 per share and quarterly revenue of $3.59 billion, according to Zacks Consensus Estimate.

The truckload segment reported that revenue for the second quarter increased 46% to $269 million from $183.6 million during the same time the previous year. This was primarily due to increased load volume and higher revenue per load. The revenue per load was up 20% on a 1% increase in length of haul.

The final-mile services segment saw revenue increase 21% to $257.4 million from $212.3 million the prior year. This was driven by the addition of multiple customer contracts implemented over the last year.

FMS operating income increased 20% to $12.8 million from $10.7 million. The increase was primarily driven by an improvement in revenue quality that was partially offset by increases in expenses. The income also included the prior-year benefit of $3.2 million from a net settlement of claims.

The dedicated contract services segment saw revenue increase 39% during the quarter to $863 million from $621.2 million the year prior. Productivity as defined as revenue per truck per week increased approximately 14% versus the prior period. This was driven by increases in contracted indexed-based price escalators that were partially offset by lower productivity of equipment on startup accounts.

DCS operating income increased 13% to $89.2 million from $79 million. The higher revenue was mostly offset by increases in expenses, the implementation of new contractual business, higher debt and group medical expenses.

The integrated capacity solutions segment reported that revenue increased 3% to $623.2 million from $607.6 million. Revenue per load increased 5% compared to second-quarter 2021 due to higher contractual rates in the truckload business as well as changes in customer freight mix. This was partially offset by lower revenue per load in the transactional business.

ICS operating income leaped by 658% to $23.6 million from $3.12 million. This jump was driven by higher revenue and gross profit margin that were partially offset by higher expenses. The segment also incurred approximately $6.7 million of the net pre-tax insurance-related expense in the quarter.

The intermodal segment reported that revenue increased 42% to $1.83 billion from $1.29 billion during the same time last year. Demand for intermodal capacity remained strong throughout the quarter, however rail velocity and customer behavior negatively impacted network efficiencies and container utilization. That ultimately hindered the ability to execute even greater volume in the quarter.