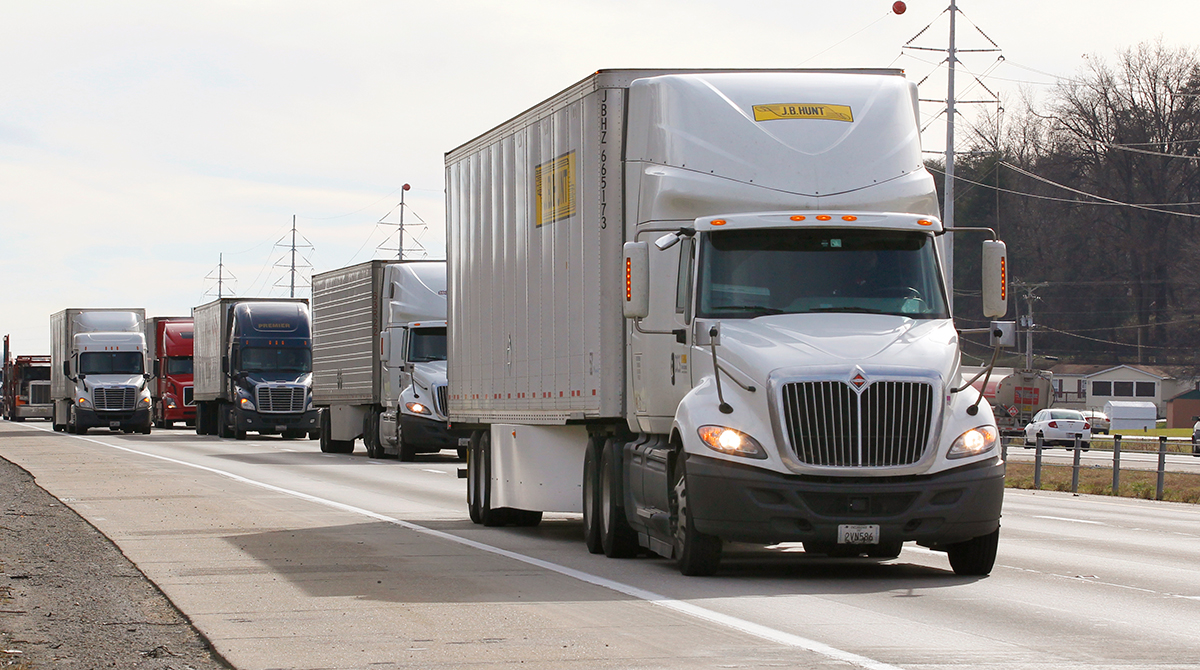 J.B. Hunt CEO John Roberts said that over the past couple of months it has taken longer to close deals, calling the environment a little tepid.

“Seems like everybody’s trying to figure out what’s going on with the economy. But we’re still on our target plan for this year, feel very good about that. And the demand is still very high for pure dedicated business,” Roberts said.

The 6% growth in total operating revenue was due primarily to a 19% increase in revenue-producing trucks and an 8% increase in truck productivity in its Dedicated Contract Services unit.

The amount of operating revenue in the Integrated Capacity Solutions unit executed through Marketplace for J.B. Hunt 360° — its transportation management system where shippers can quote, book and ship freight online and carriers can find loads — increased to $222 million compared with $137 million in second-quarter 2018.

“Overall, we felt like there was some positives in an otherwise weak freight environment,” said Chief Financial Officer David Mee during an earnings conference call. “We saw our cost inflation becoming more normalized, and the bid season pricing is performing largely as we expected, though the range of pricing from beginning to end is wider than what we had originally anticipated.”

The company is typically the first transport company to report quarterly earnings, Cowen Inc. analyst Jason Seidl wrote in a note, adding that Hunt provides “read-throughs for other companies across transports.”

Seidl wrote the revenue gains and earnings before interest and taxes beat expectations in the dedicated trucking segment, “augmented by positive commentary concerning this division on the conference call, is a positive sign for other companies with dedicated operations.”

He noted that for the second consecutive quarter revenue for the Trucking, Intermodal and Integrated Capacity Solutions divisions fell short of consensus estimates.

During the conference call, Nick Hobbs, president of Hunt’s Dedicated unit, explained that most of the rate increases for dedicated shipments were locked in.

“I would just say that in our business, 68% to 70% of our revenue has some type of index, or built-in rate increases, in the contract, and it just happens automatically. And so we’re not in the quasi-dedicated business. And so we’re anywhere from 2% to 4%, but it’s consistent year in and year out,” Hobbs said.