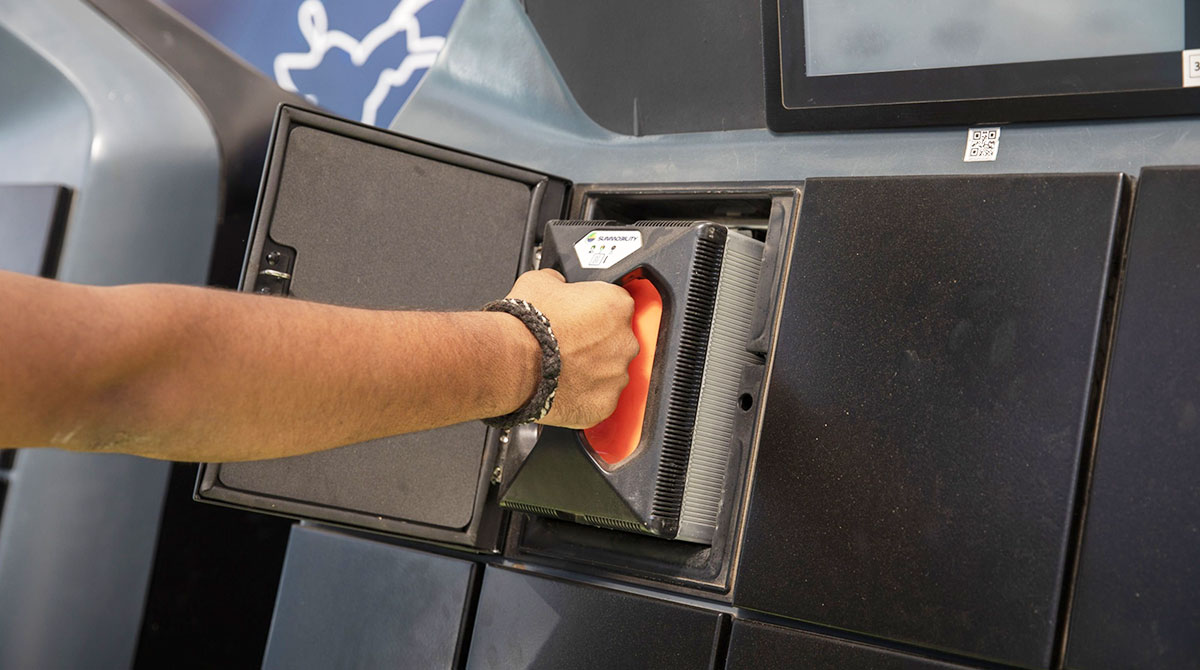 A battery is replaced at a swapping facility. (Samyukta Lakshmi/Bloomberg)

The Envision AESC plant at Bowling Green in south-central Kentucky will produce battery cells and modules to power the next generation of electric vehicles, the Democratic governor said.

The plant’s products will be made for multiple auto manufacturers globally.

“With today’s announcement, we solidify that the commonwealth of Kentucky is the undisputed electric battery production capital of the United States of America,” Beshear said in announcing the new project at an event at Kentucky’s Capitol.

Envision AESC Group CEO Shoichi Matsumoto said the Kentucky investment is part of the company’s next phase of battery strategy to power electric vehicles in the U.S.

“This major investment builds on our commitment to the U.S. market, supports growth of the electrification supply chain and secures high value jobs for future generations in the region,” he said.

“This commitment takes us one step further toward our ambition to make high-performance, longer-range batteries for a diverse range of automotive manufacturers worldwide to support the EV transition,” he added.

The new development follows last year’s announcement that Ford and its battery partner will build twin battery plants outside the Glendale community in central Kentucky. That mega-project will create 5,000 jobs to produce batteries for the automaker’s next generation of electric vehicles.

“So once again a company that is redefining the automobile industry is betting their future on Kentucky and our workforce,” Beshear said.