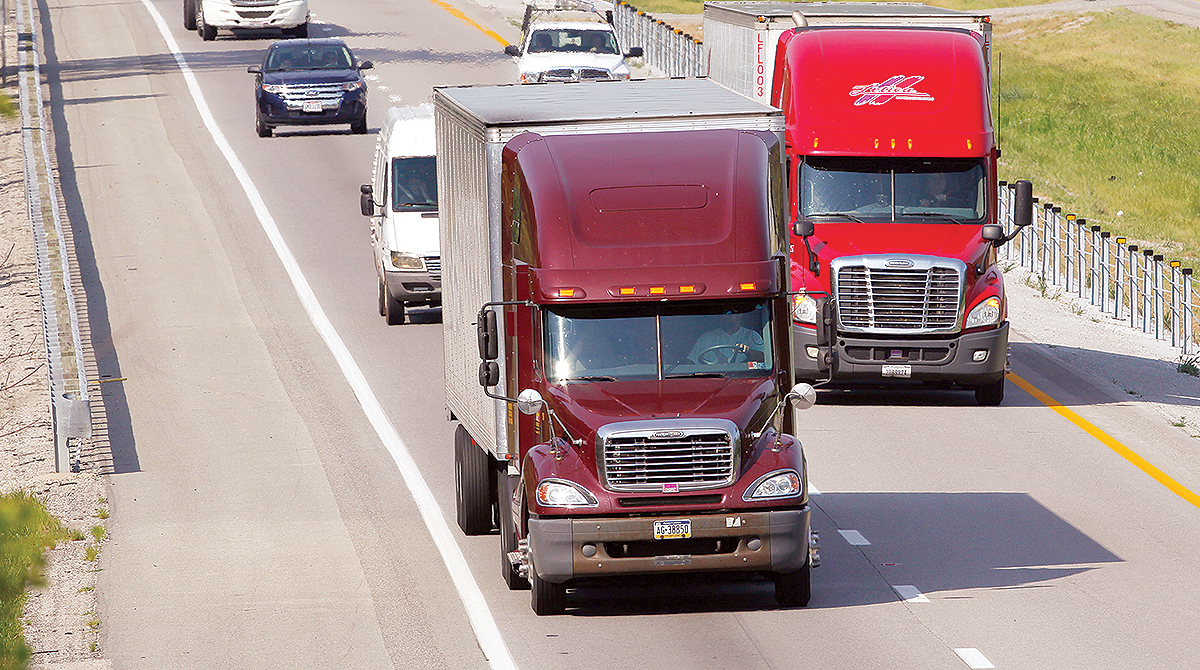 The tonnage index has increased 0.6% over the last two months, but softness in manufacturing and elevated inventories continue to weigh on the truck freight #tonnage.

“Over the last two months, the tonnage index has increased 0.6%, which is obviously good news,” ATA Chief Economist Bob Costello said in a statement. “However, after our annual revision, it is clear that tonnage peaked in July 2019 and, even with the recent gains, is down 1.8% since then. Softness in manufacturing and elevated inventories continue to weigh on the truck freight tonnage.”

ATA also announced it had revised the seasonally adjusted index back five years as part of its annual revision.

Month-to month, tonnage increased 0.1% in January after rising 0.5% in December.

The not seasonally adjusted index, which represents the change in tonnage actually hauled before any seasonal adjustment, equaled 114.6 in January, 1.1% above December’s level of 113.3.

Trucking serves as a barometer of the U.S. economy, representing 71.4% of tonnage carried by all modes of domestic freight transportation, including manufactured and retail goods. Trucks hauled 11.49 billion tons of freight in 2018. Motor carriers collected $796.7 billion, or 80.3% of the industry’s total revenue earned by all transport modes.

Meanwhile, the DAT Truckload Volume Index said Feb. 13 that January started on a strong note but fell toward the middle and end of the month.

The Portland, Ore.-based data company said the upswing and then the drop was particularly noticeable in the spot market, where rates were up the first two weeks of 2020 but fell once post-holiday demand began to lull.

In January, the average refrigerated rate was down 6 cents to $2.24 a mile, compared with $2.30 for the same period a year ago.

DAT pointed out that January typically is slow for spot rates, which have declined in the month for all but one of the past 10 years.

DAT Truckload Volume Index: Pent-up demand after the holiday season kept prices high in the first half of Jan., but extra competition for freight drove rates down quickly in the second half. https://t.co/GA5tF62GXR #trucking #logistics pic.twitter.com/ieoKNNV4Qo

DAT says the trucking industry will see an increase in volume and rates as 2020 progresses.

“A lot of carriers struggle during the winter months, but better days are coming soon,” Chief of Analytics Ken Adamo said. “Our analysis predicts that dry van spot rates will rise as much as 3-5% by the end of Q1, and 6-10% by the end of Q2, although the trajectory may not be constant.”

“It’s been a long time since we’ve seen positive year-over-year comparisons for truckload rates,” Adamo said. “Our rate forecasting models show that this will change in the spring, and we will start seeing year-over-year increases for the first time since September 2018.”

The latest ACT Research report on the state of the trucking industry economy, released Feb. 10, also forecasts a stronger 2020.

ACT said it made the forecast after looking at a variety of conditions in the industry. They included market conditions for medium- and heavy-duty trucks/tractors, and trailers; the macroeconomies of the U.S., Canada and Mexico; publicly traded carrier information; oil and fuel price impacts; freight and intermodal considerations; and regulatory environment impacts.

“While the economic cycle is presently at a low ebb, signs of any stepdowns from here are moderating. While there are data points that remain negative, industrial production was still contracting as recently as December; others are suggesting the bottom is passing,” ACT President Kenny Vieth said.

“With key freight-generating sectors of the economy starting to mend, we are reminded that freight cycle troughs tend to last around two years.” he added. “With the current cycle dating from [the fourth quarter of 2018], we have entered the sixth quarter of what is typically an eight-quarter process. We would note that only once in the 2000s has a freight-cycle trough persisted beyond two years, 2007-2009.”