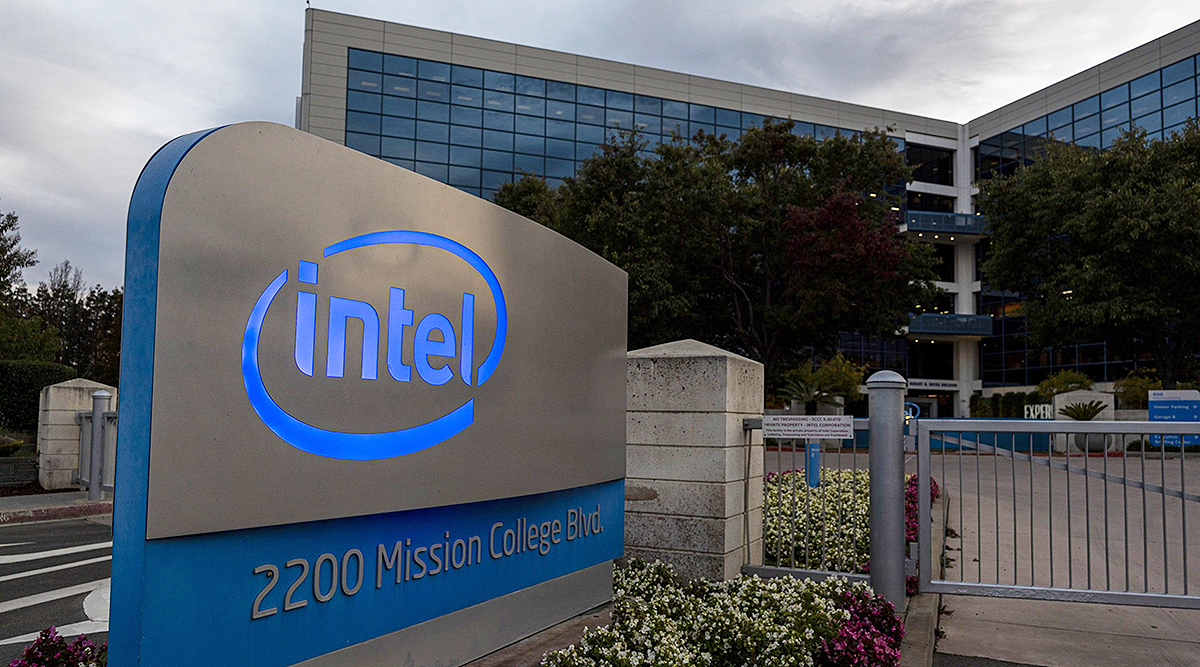 Signage at the entrance to the Intel headquarters in Santa Clara, Calif. (David Paul Morris/Bloomberg News)

Intel Corp.’s plans for a multibillion-dollar investment in a new U.S. semiconductor plant hang in part on Congress moving on a stalled plan to bolster the domestic chip industry, the company’s chief executive said.

“The capital plans that we’ve laid out do not presume anything heroic on the part of the government, but we’d like to go bigger and faster as a result of the investments from the U.S. government,” Intel CEO Pat Gelsinger said on Bloomberg Television.

Intel’s earnings report on Oct. 21 underscored the costs of returning the world’s largest chipmaker to global industry leadership. Executives warned of a drag on profit lasting several years due to increased spending, triggering the steepest selloff since July 2020 — a reminder of traders’ impatience after years of Intel’s underperformance.

A bipartisan push to make the U.S. more competitive with China and bolster domestic chip production risks falling by the wayside as Congress grapples with a packed year-end agenda in an ever-more-divided Capitol.

The Senate passed a bill in June with almost $250 billion in funding for research and development programs, including $52 billion in emergency funding to provide grants and incentives to the semiconductor industry in the Creating Helpful Incentives to Produce Semiconductors for America, or CHIPS, act. But action has stalled in the House over differences in other parts of the bill. 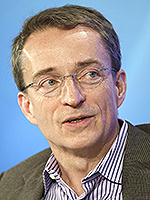 “Our strong plea to the House is get the CHIPS act done, get it funded,” Gelsinger said, “because I know we and others are looking forward to the opportunity to go even faster to rebuild our supply chains, to get more of that back on U.S. soil as a result of this funding.”

The U.S., which still leads the world in chip design, has lost a significant share of global chip manufacturing capacity over the last 30 years, falling to 12% from 37% in 1990, according to the Semiconductor Industry Association.

Tech companies and policy makers argue that without government subsidies, the U.S. won’t keep pace with countries like China, whose chip industry is heavily supported by the government.

Al Thompson, Intel’s government relations chief, cited plans by the European Union and South Korea to offer incentives to their home-grown semiconductor manufacturers as a reason for the U.S. to get involved in boosting the industry.

“If you want to start to reverse the continued decline of manufacturing share, CHIPS is necessary,” he said in a separate interview.

He said the company’s plan to develop a fabrication facility at a yet-to-be-named U.S. location “would be very difficult” without the incentives in the legislation.

“We aren’t going to be able to do that without CHIPS funding,” Thompson said.

Fabrication plants cost billions of dollars to build and equip and take several years to complete. Thompson said that every year Congress delays support could mean an additional three-year delay to bringing a plant online.

“Semiconductor companies are looking to make big investments soon, so we need to get this bipartisan bill with support from the White House across the finish line,” Rep. Michael McCaul, a Texas Republican who has a Samsung Electronics Co. plant in his district and is one of the sponsors of the CHIPS bill, said in a statement. “This is a national security bill and a jobs bill.”

China Bill to Include $52 Billion for U.S. Chip Manufacturing