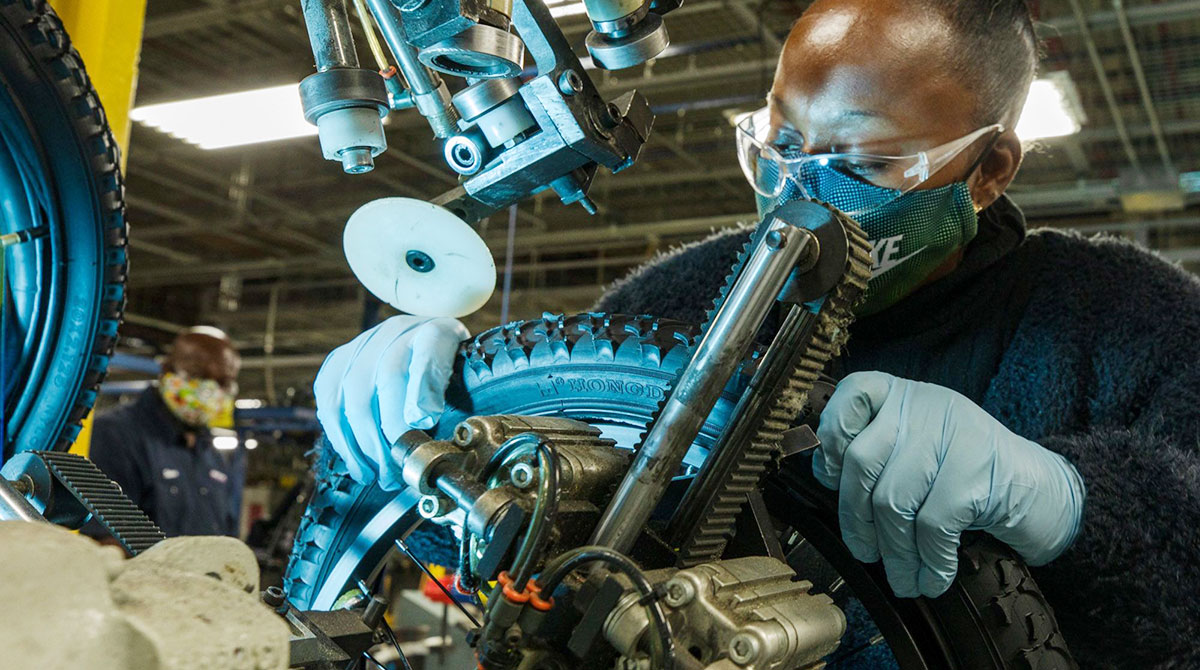 An employee inspects a tire at a bicycle production facility in Manning, S.C. (Micah Green/Bloomberg)

Applications for U.S. state unemployment insurance rose unexpectedly for a second consecutive week to the highest in two months, suggesting that the recent surge in COVID-19 cases could be leading to dismissals.

Initial unemployment claims totaled 230,000 in the week ended Jan. 8, up 23,000 from the prior period, Labor Department data showed Jan. 13. The median estimate in a Bloomberg survey of economists called for 200,000 applications.

Continuing claims for state benefits dropped to 1.6 million in the week ended Jan. 1.

The increase in unemployment claims could suggest that businesses are laying off employees as a result of the most recent surge in coronavirus infections. That said, the uptick should be short-lived as the latest COVID-19 wave ebbs and as employers continue to push to retain staff amid an ongoing labor shortage. 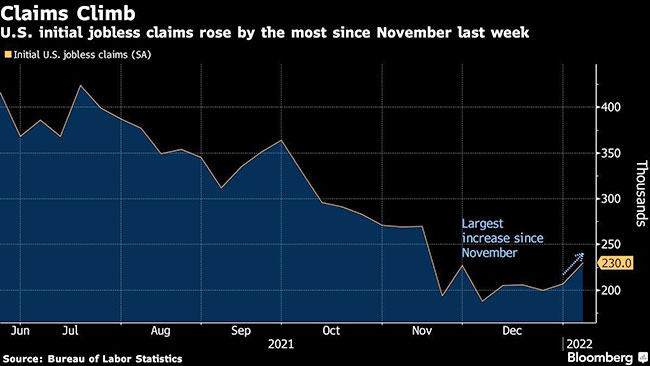 “The spike in the number of COVID cases is forcing temporary business closures, which likely pushed some affected workers to apply for jobless benefits,” Bloomberg economist Eliza Winger said in a note before the data were released. “Most businesses are open, albeit operating at limited capacity.”

The jump also may reflect difficulties adjusting for seasonal effects over the holidays, which have made claims figures in recent weeks hard to interpret.

On an unadjusted basis, claims rose to 419,446 last week, the highest since May. California, New York and Texas led states with the biggest increases in unadjusted claims.