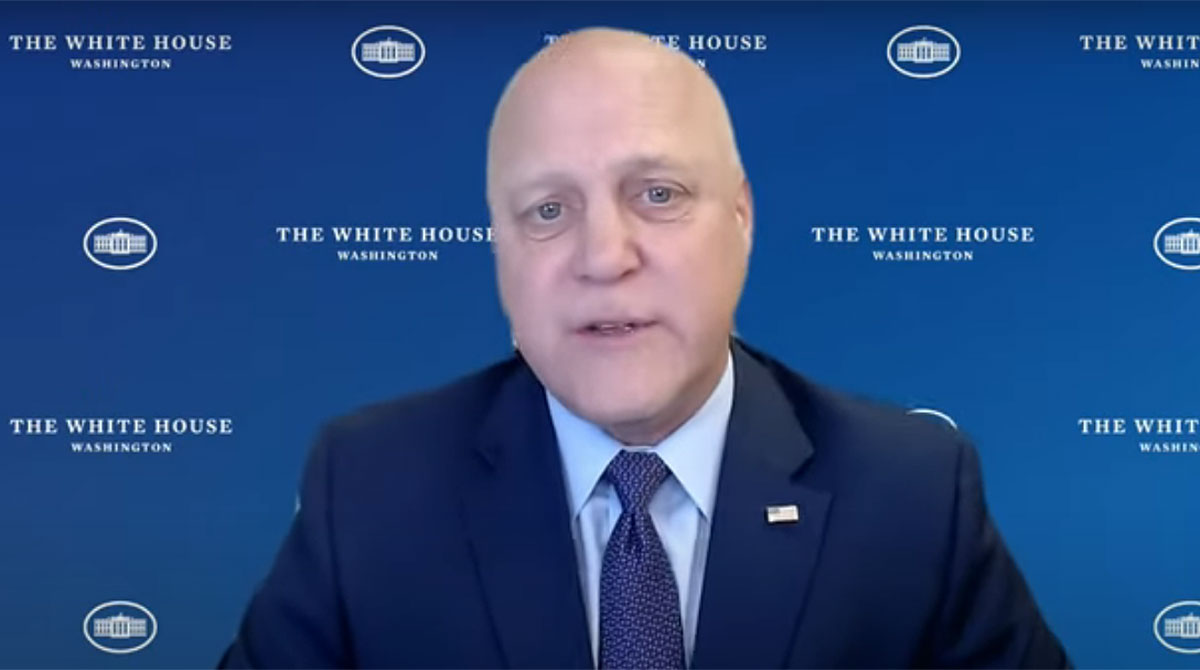 The White House team leading President Joe Biden’s Infrastructure and Investment Jobs Act outlined its efforts to work through state and local governments to help them organize and access $1.2 trillion in federal funds.

“Get organized” is the top advice Mitch Landrieu, White House senior adviser and infrastructure coordinator, had for the National Association for Counties (NACo) and the National League of Cities (NLC) during the March 9 discussion “Overcoming Challenges and Seizing Opportunities: Implementing the Bipartisan Infrastructure Law,” sponsored by the Washington, D.C.-based Bipartisan Policy Center think tank.

“Now we can begin to scope out how the actual implementation of this thing will work because if you don’t have coordination, collaboration and communication, you can’t get it done,” he remarked.

He said the massive infrastructure investment “cuts across the entirety of the federal government” and cannot be implemented without partnerships with state and local governments, tribal authorities, nonprofits and faith-based organizations.

Using a “horizontal and vertical integration” method, Landrieu said he has been convening a series of meetings with Cabinet secretaries to “create a one-stop shop” at the federal level to facilitate a rollout of the bill’s 375 programs, of which 125 are new.

Federal officials are working horizontally in Washington with leaders of NACo, NLC, the United States Conference of Mayors, the National Governors Association and others to push information vertically to local levels.

"About 1/3 of programs in the Bipartisan Infrastructure Law provide some amount of relief for matching funds for either rural, tribal or disadvantaged communities." -Samantha Silverberg#Bipartisan #Infrastructure pic.twitter.com/GkjfkyN8ig — Bipartisan Policy Center (@BPC_Bipartisan) March 9, 2022

Half of the $1.2 trillion will be channeled through the Department of Transportation, with governors and mayors poised to spend 90% on transportation projects. The remainder will be earmarked for different agencies and competitive grants.

“In the last 110 days, we have pushed out about $110 billion down to the states. So when people ask me when is this stuff happening, the answer is right now,” Landrieu said. All programs should have “an equity lens on it” to ensure people and communities who have been “left behind” are brought into the economy in a real and thoughtful manner, he noted.

“Now for years as you know we have exported all our manufacturing capabilities and we have kind of left ourselves vulnerable to other nations. The president wants to find some way to create independence and make sure that we build stuff with American-made products and use the money that’s in the bill to create a whole new industrial agenda,” he added.

"About 1/3 of programs in the Bipartisan Infrastructure Law provide some amount of relief for matching funds for either rural, tribal or disadvantaged communities." -Samantha Silverberg#Bipartisan #Infrastructure pic.twitter.com/GkjfkyN8ig — Bipartisan Policy Center (@BPC_Bipartisan) March 9, 2022

Samantha Silverberg, White House deputy infrastructure chief, answered questions during the session. She predicted that projects to fix off-system bridges (not part of the national highway system and without dedicated federal fundings) that account for most of the poor bridges in the national inventory will be completed sooner now that 100% federal funds can be used instead of traditional cost sharing.

NACo’s Matthew Chase, CEO and executive director, wondered how state and local leaders can navigate through the applications in 375 programs.

Silverberg said they are working across 13 departments and agencies (some have formal application requirements set in statute) to simplify processes with a single entry point for similar grant programs. DOT also is examining how to streamline its larger grant programs.

Interested parties can learn more on build.gov, designed as an easy reference. Recently, a 12-part series of webinars was launched on different provisions in the bill to help educate applicants.

“We’re in the early phases of rebuilding processes, but it’s something we are really focused on because we know that the more we can reduce administrative burden, the more that we can simplify federal processes, the more likely we are to get really great projects but also to make it easier for underserved and disadvantaged communities to access federal resources,” Silverberg said.

NLC’s Clarence Anthony, CEO and executive director, said the biggest challenges to local governments nationwide are getting technical assistance to apply for grants and dealing with a shortage of skilled workers to rebuild infrastructure.

Silverberg said there may be a resource guide created to list the different agencies — such as the Department of Energy, the Environmental Protection Agency and the Federal Emergency Management Agency — offering specific types of technical assistance.

She is working closely with labor unions, state and federal workforce agencies, including the Department of Labor, and other partners. Companies are being asked to invest in workforce training. There is a need to expand skills-based hiring and increase access to registered apprenticeships and training, she noted.

Landrieu said the big vision of Biden’s bill is to make the nation strong and prosperous, and give everyone a chance to build generational wealth “to position America to win the 21st century with and against anybody that dares to compete with us.”