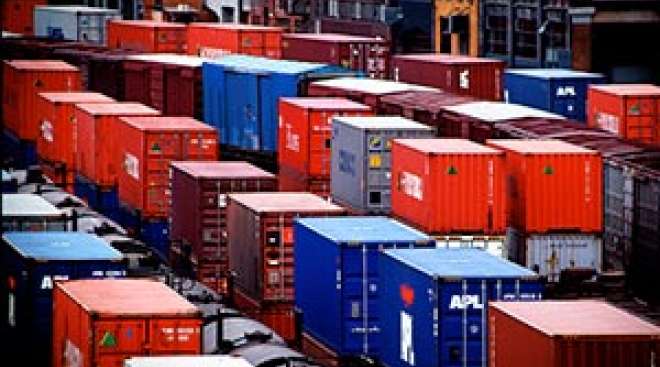 The International Monetary Fund cut its forecast for U.S. growth this year, urging the Federal Reserve to lean toward modestly overshooting its inflation target in considering whether the economy can handle higher interest rates.

There’s a clear case for the Fed to proceed on a "very gradual" path in raising its benchmark rate, IMF said in a statement June 22 after concluding its annual assessment of the world’s biggest economy.

“The path for policy rates should accept some modest, temporary overshooting of the Fed’s inflation goal to allow inflation to approach the Fed’s 2% medium-term target from above,” the fund said.

A dovish tilt will ensure against the risk of disinflation and the possibility the central bank may have to reverse course and lower rates to zero, IMF added.

The Fed previously signaled it would raise rates more gradually than anticipated amid concerns about slow job gains and the potential exit of the U.K. from the European Union. The Fed left its target range for the benchmark federal funds rate unchanged at 0.25% to 0.5%.

While the median forecast of 17 Fed policymakers remained at two quarter-point hikes this year, the number of officials who saw just one move rose to six from a single official in the previous forecasting round in March, according to Fed projections released June 15.

Fed Chair Janet Yellen on June 12 told Senate lawmakers that she and her colleagues were on watch for whether, rather than when, the U.S. economy would show clear signs of improvement after disappointing job growth in May.

Overall, the U.S. economy is in good shape, IMF said. However, concerted action is needed soon to address the significant challenges it faces to achieving strong and sustained growth, it said.

The U.S economy faces a number of headwinds, including a strong dollar, sluggish business investment and weak global demand, IMF said. "A more complex risk to judge is the possibility that the recent weaker activity numbers actually reflect a lower potential growth rate and a smaller output gap than previously estimated," the fund said.

The current-account deficit, at today’s real effective exchange rate, is expected to increase above 4% of gross domestic production by 2020, indicating the U.S. dollar is overvalued by 10% to 20%, IMF said.

IMF recommended a number of measures to boost growth and combat rising poverty, including an increase in infrastructure spending, a boost in the earned-income tax credit and the federal minimum wage, and the elimination of corporate tax loopholes accompanied by a cut in the overall income tax rate paid by companies.

In last year’s assessment of the U.S. economy, IMF waded into the debate over when the Fed should raise interest rates, calling on the central bank to wait until the first half of 2016. The Fed ended up raising its benchmark lending rate in December, the first increase in almost a decade, and then paused in each of its four meetings this year.

The Washington-based fund was conceived during World War II to monitor the international monetary system and promote policies that create growth.