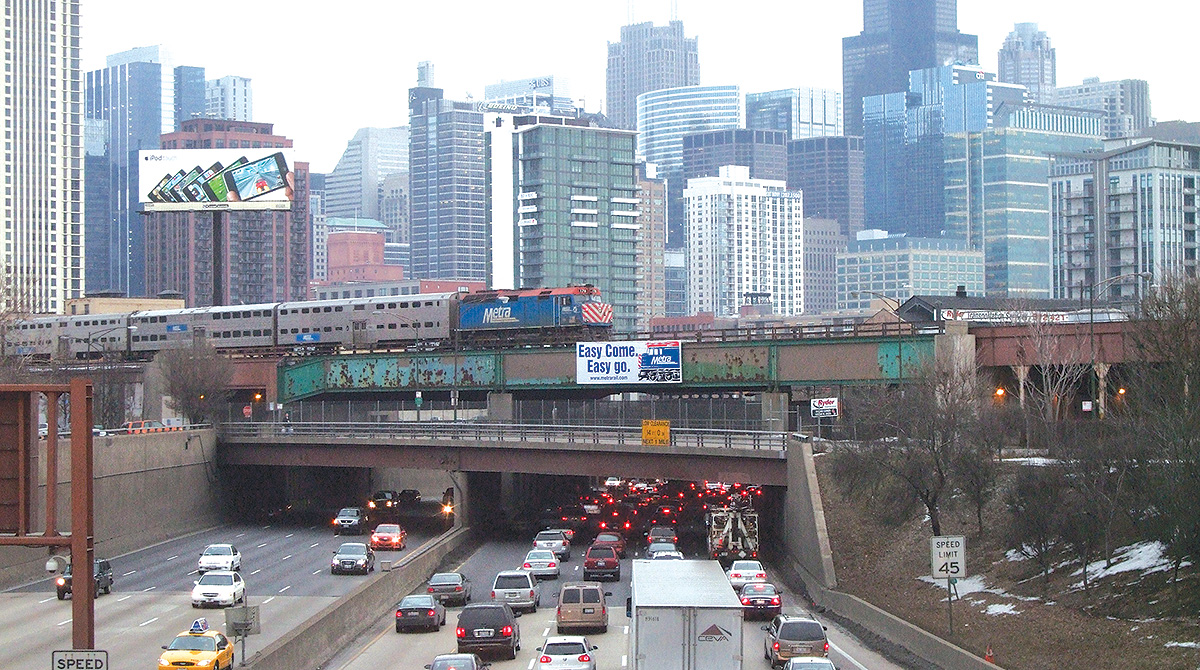 Under the plan, the fuel tax rate will double to 38 cents per gallon for diesel and gas from 19 cents per gallon. The tax hike, Illinois’ first since 1990, is effective July 1.

Millions of people use our transportation system on a daily basis, and now, Illinois has a plan in place to provide the necessary maintenance to keep them safe. https://t.co/iBQKRSC4wj #UnidosSomosMAS #BuildUpIL pic.twitter.com/wKDxMdhsJz

Lawmakers also approved the repeal of the commercial distribution fee, a 14.35% sales tax imposed on all license plates for Illinois vehicles that weigh between 8,001 and 80,000 pounds. Revenue from the fee, which was enacted in 2004 and adds about $400 to the cost of a truck license plate, is directed to the state’s general fund.

Rebuild Illinois by on Scribd

“We’ve been telling them for over 10 years the trucking industry is happy to support motor fuel taxes and license plate fees as long as they are going into the roads that we are using,” Hart told Transport Topics. “The Illinois Trucking Association has been leading a coalition of businesses and organizations to repeal this commercial distribution fee.”

Hart said that thousands of trucking companies left Illinois when the commercial distribution fee was established. Now that the fee has been repealed, Hart said that Illinois truckers will likely save money, even though the investment bill increases fuel taxes and registration fees.

“After the [commercial distribution fee] is repealed, someone who owns a semi operating in Illinois will end up saving as much as $300 per truck per year and we hope that will entice more trucking companies to move back to Illinois and stay in Illinois,” Hart said. 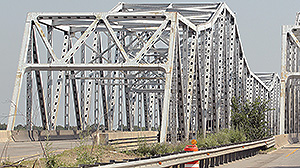 Bridge over the Des Plaines River in Joliet, Ill., by Getty Images.

Rebuild Illinois outlines funds for certain major infrastructure projects, such as repairing a 16-mile stretch of Interstate 80 outside Chicago and replacing the Des Plaines River bridges, the dilapidated spans that carry the route in Joliet. Some 23% of the vehicles that travel this corridor are trucks. Hart said that everyone in the trucking industry is familiar with this treacherous stretch of road, which has become a traffic bottleneck and safety hazard.

Illinois’ infrastructure received a grade of C- on the American Society of Civil Engineers’ most recent report card. The state’s deferred maintenance backlogs at state facilities and educational institutions have reached $24 billion.

“Illinois was long overdue in investing in our roads [and] expanding the number of roads, particularly in the Chicagoland area, and this will give more capacity as well as upgrading some bridges and making our roads safer,” Hart said.

Illinois Lays Out Six-Year Timeline for $1.2 Billion I-80 Reconstruction Project